Max Thunder takes place annually and is the largest military flying exercise held on the Korean Peninsula. Max Thunder is part of a continuous exercise program designed to enhance interoperability between U.S. and South Korean forces, and is not tied to any specific real-world events or situations. The exercise highlights the long-standing military partnership, commitment and enduring friendship between the two nations to help ensure peace and security in Northeast Asia.

“Every year, Max Thunder serves as an excellent opportunity for U.S. and (South Korean air force) fighter pilots to train side by side and gain valuable experience they will need if the Korea airpower team is required to go into aerial combat together,” said Lt. Gen. Terrence J. O’Shaughnessy, the Seventh Air Force commander. “The U.S.’s commitment to the security of (South) Korea is ironclad. U.S. military aircraft come to Korea from across the Pacific to participate in this exercise, making a tremendous display of the capabilities the U.S. brings to this alliance.” 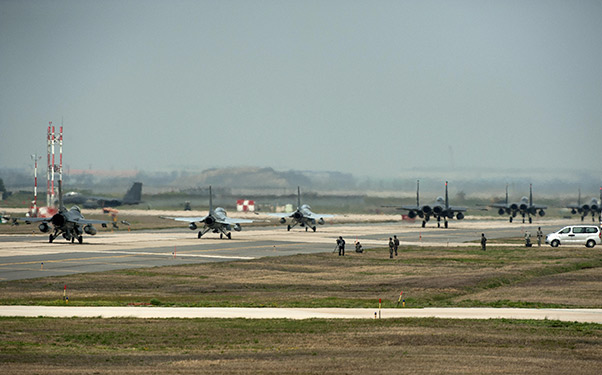 Approximately 640 South Korean personnel will also participate in the exercise in support of various aircraft.