The flight of the subscale aircraft met an important DARPA risk reduction requirement, focusing on validation of the aerodynamic design and flight control system.

“The successful subscale aircraft flight was an important and exciting step for Aurora and our customer,” said Tom Clancy, Aurora’s chief technology officer. “Our design’s distributed electric propulsion system involves breaking new ground with a flight control system requiring a complex set of control effectors. This first flight is an important, initial confirmation that both the flight controls and aerodynamic design are aligning with our design predictions.” 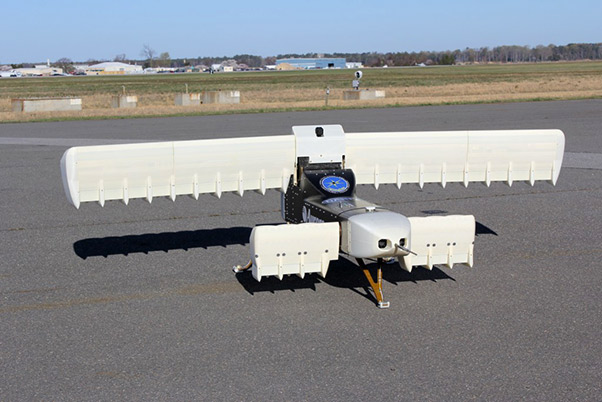 The subscale aircraft weighs 325 pounds and is a 20 percent scale model of the full-scale demonstrator Aurora will build for DARPA in the next 24 months. The wing and canard of the subscale vehicle utilize a hybrid structure of carbon fiber and 3D printed FDM plastics to achieve highly complex structural and aerodynamic surfaces with minimal weight. The unmanned aircraft take-off, hover and landing was controlled by Aurora personnel located in a nearby ground control station with oversight and coordination by U.S. government officials including DARPA personnel.

On March 3, 2016, DARPA announced the award of the Phase II contract for the VTOL X-Plane contract to Aurora, following a multi-year, Phase I design competition. The program seeks to develop a vertical take-off and landing demonstrator aircraft that will achieve top sustained flight speed of 300-400 knots, with 60-75 percent increase in hover efficiency over existing VTOL aircraft.

Aurora’s design is the first aircraft in aviation history to demonstrate distributed hybrid-electric propulsion using an innovative synchronous electric-drive system. Having successfully completed the subscale demonstrator flight, Aurora’s LightningStrike team will focus over the next year on further validation of flight control system and configuration of the full-scale VTOL X-plane demonstrator.