Nov. 20, 1953: Scott Crossfield, a National Advisory Committee for Aeronautics (NACA) test pilot, flew a Douglas D-558-II Skyrocket research plane to Mach 2.01 (1,272 mph) at an altitude of 62,000 feet to establish a new unofficial world’s speed record. During takeoff from Edwards Air Force Base, Calif., Crossfield sat behind the flight crew of the Boeing P-2B-1S Superfortress as it carried the D-558-II aloft. As the bomber reached 18,000 feet, Crossfield headed back to the bomb bay, entered the Skyrocket’s cockpit and prepared for flight. The D-558-II was Phase II of a U.S. Navy/Douglas Aircraft Company/National Advisory Committee on Aeronautics joint research project exploring supersonic flight. It was a swept-wing airplane powered by a single Reaction Motors LR8-RM-6 four-chamber rocket engine. The Skyrocket was fueled with alcohol and liquid oxygen. The engine was rated at 6,000 pounds of thrust at Sea Level. Crossfield was the first pilot to fly an aircraft beyond Mach 2, twice the speed of sound. During his career as a test pilot, he flew the Douglas D-558-II, the Bell X-1, Bell X-2 and North American X-15. He made 112 flights in rocket-powered aircraft, more than any other pilot. 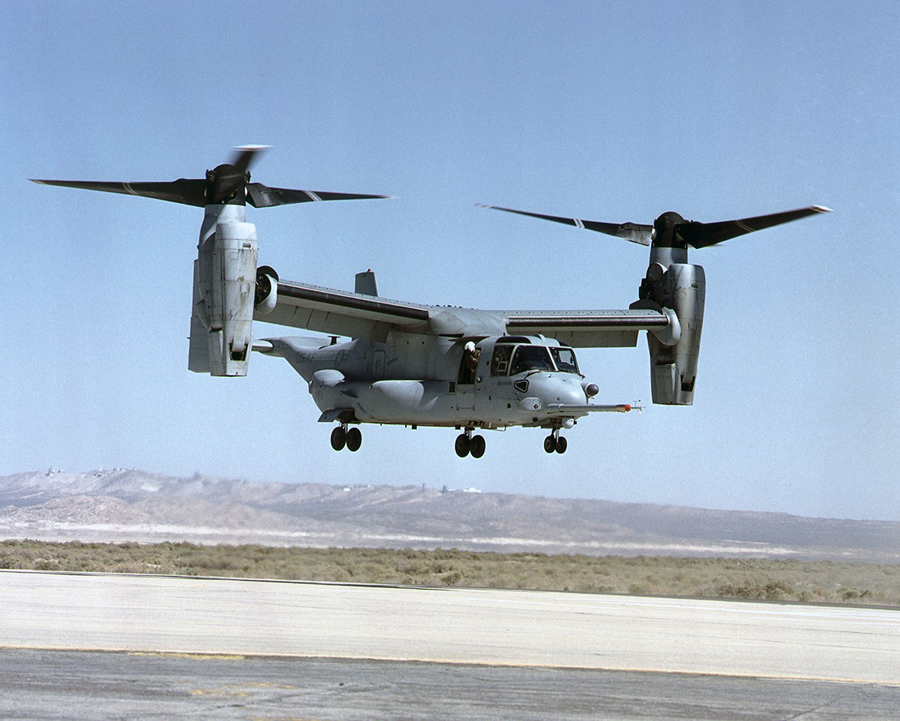 Nov. 20, 2000: The second Bell-Boeing CV-22 Osprey arrived at the Flight Test Center for the start of developmental flight testing. 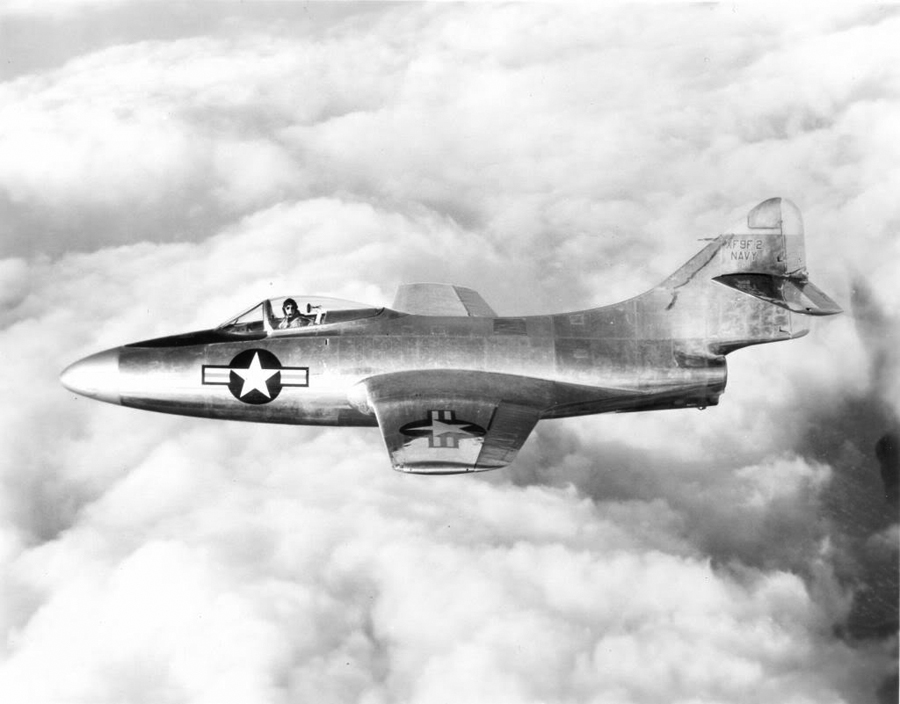 Nov. 21, 1947: The first prototype Grumman XF9F-2 Panther, with test pilot Corwin “Corky” Meyer, made it first flight. The aircraft took off from Grumman’s airfield at Bethpage, N.Y., before landing at Idlewild Airport (now Kennedy Airport). The XF9F-2 Panther was the first jet-powered aircraft to be built by Grumman, a major supplier of aircraft for the U.S. Navy. It was a single-seat, single-engine, day fighter, designed for operation on the U.S. Navy’s aircraft carriers. It was developed from a proposed four-engine XF9F-1 night fighter. The F9F Panther was flown during the Korean War by such famed naval aviators as Ted Williams, and future astronauts John Glenn and Neil Armstrong. Grumman built 1,358 F9F-2,-3,-4 and -5 Panthers and another 1,392 swept wing F9F-6, -7 and -8 Cougars. Panthers remained in service with the United States Navy until 1958, and Cougars until 1974. From 1952 to 1954, Meyer was head of Grumman’s flight operations at Edwards Air Force Base, Calif. 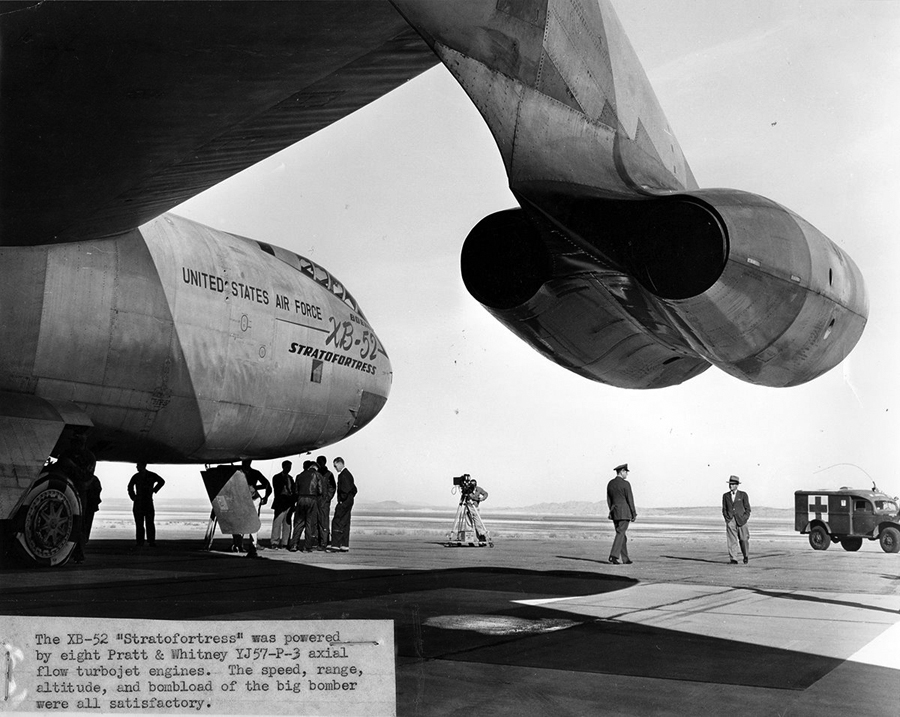 Nov. 21, 1952: The new XB-52 Stratofortress made its first arrival at the Air Force Flight Test Center, Edwards Air Force Base, Calif., for engine calibration and thrust measurement prior to Phase II evaluation. The new intercontinental bomber had made its first flight on April 15, 1952, in Seattle, Wash. 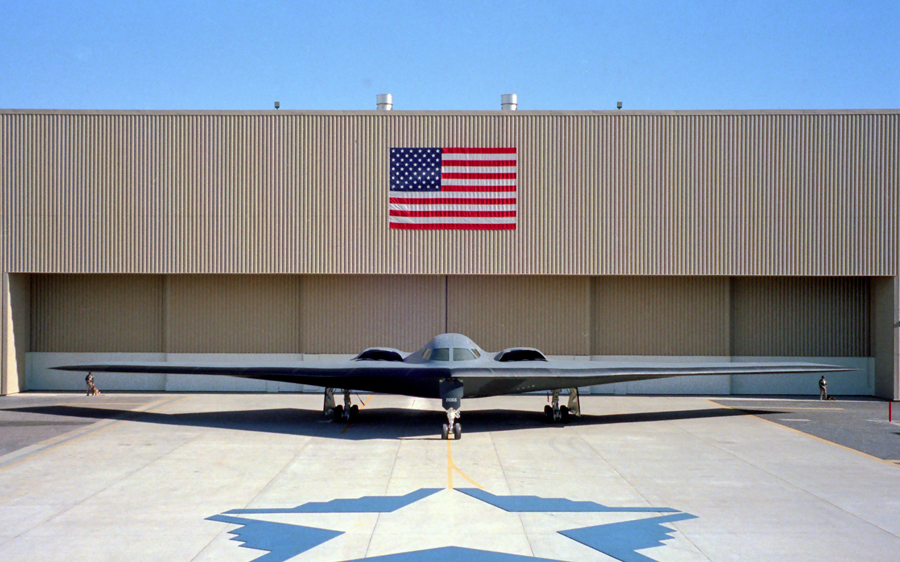 Nov. 22, 1988: The B-2 Spirit bomber was first publicly displayed at U.S. Air Force Plant 42 in Palmdale, Calif., where it was assembled. This viewing was heavily restricted, and guests were not allowed to see the rear of the B-2. However, Aviation Week editors found that there were no airspace restrictions above the presentation area and took aerial photographs of the aircraft’s then-secret rear section with suppressed engine exhausts. The B-2’s (s/n 82-1066/AV-1) first public flight was on July 7, 1989, when it flew from Northrop’s Palmdale facility to Edwards Air Force Base. 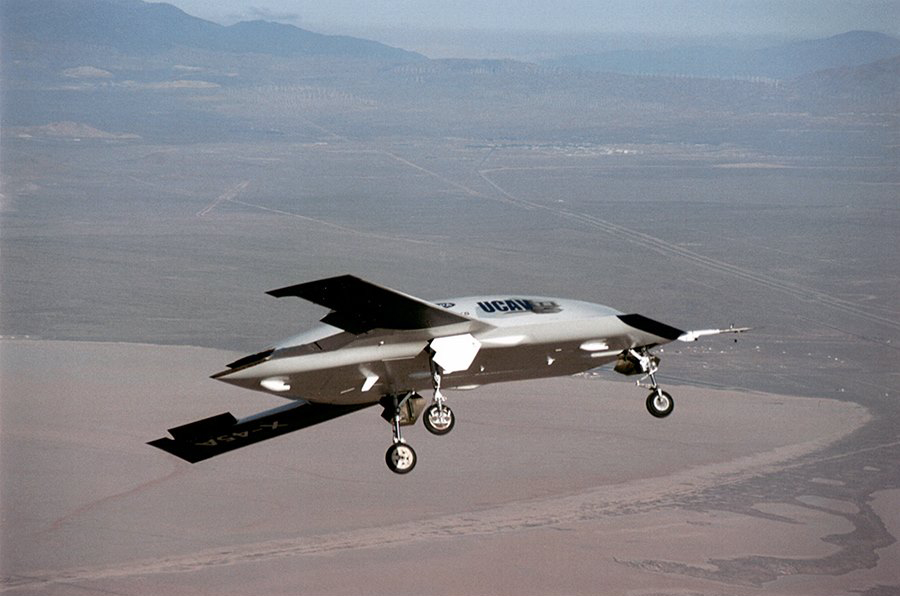 Nov. 22, 2002: The second Boeing X-45A unmanned combat air vehicle successfully completed its first flight, a 30-minute autonomous sortie. After the completion of the flight test program, both X-45As were sent to museums, one to the National Air and Space Museum, and the other to the National Museum of the United States Air Force at Wright-Patterson Air Force Base, where it was inducted on November 13, 2006. 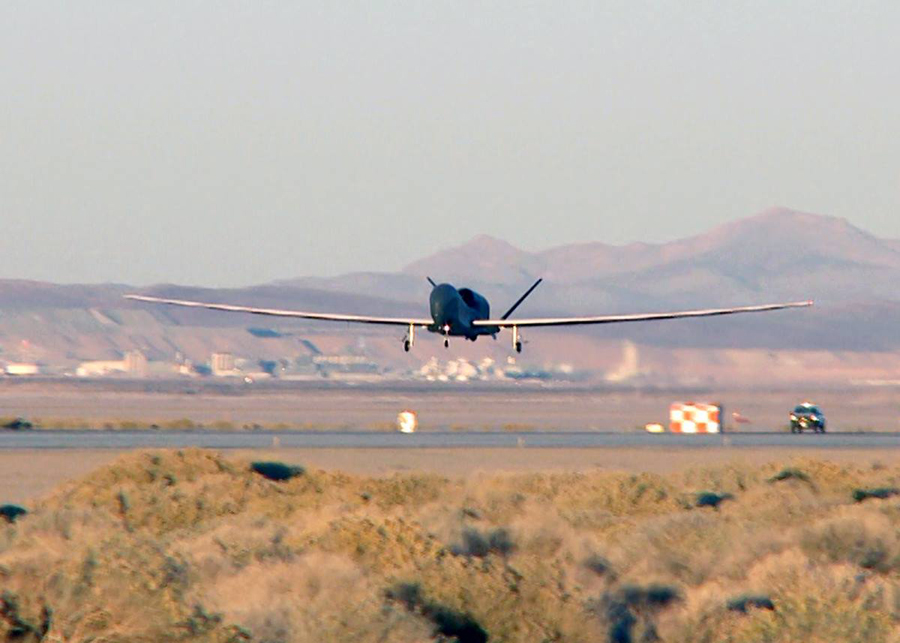 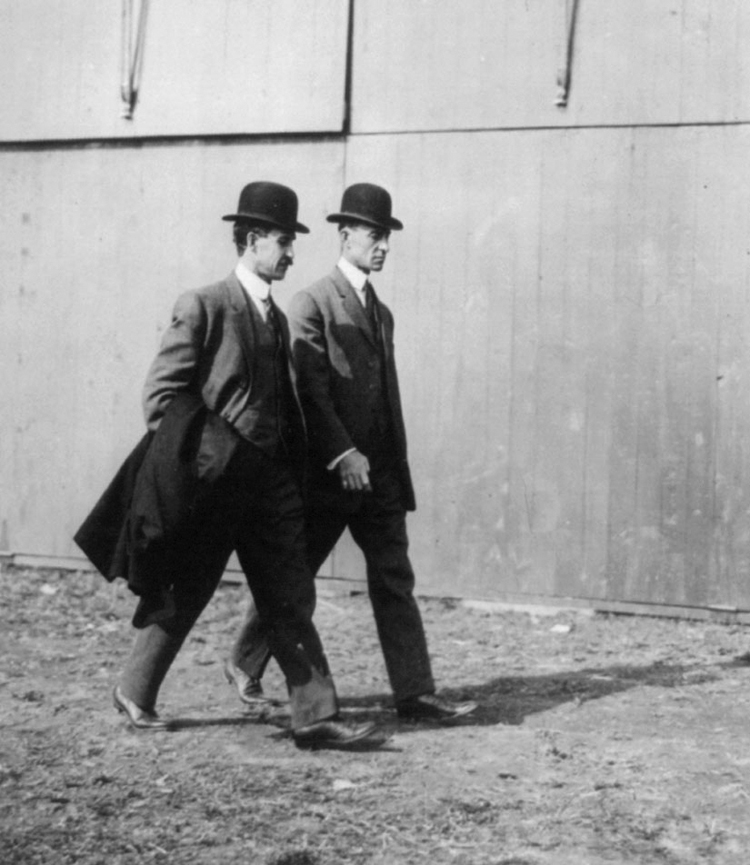 Nov. 23, 1909: Wright Brothers form a million-dollar corporation to manufacture airplanes. The Wright Company was established in conjunction with several prominent industrialists from New York and Detroit. Company headquarters were in New York City, and its factory was in Dayton, Ohio. In 1929, it merged with the company founded by Glenn Curtiss, to become Curtiss-Wright, a business still in existence today. 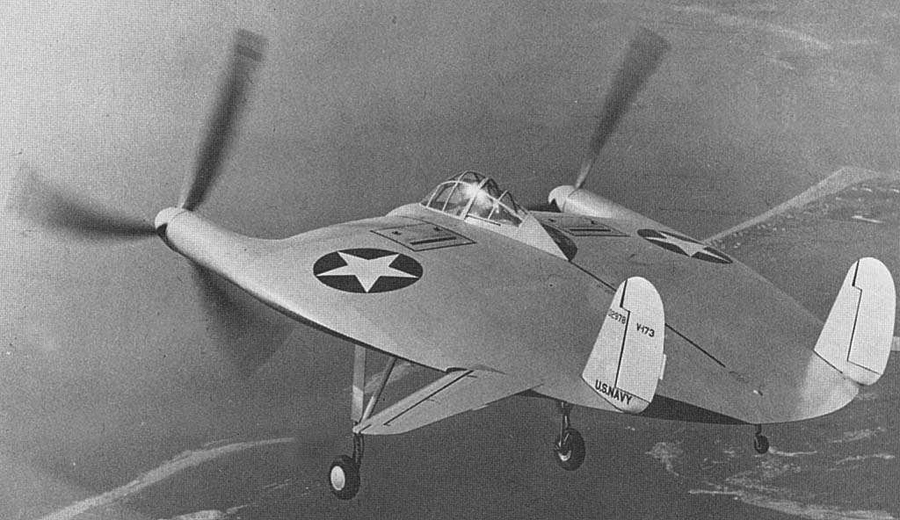 Nov. 23, 1942: The Vought V-173 “Flying Pancake,” with Vought Chief Test Pilot Boone Guyton as the controls, made its first flight. The V-173 featured an unorthodox “all-wing” design consisting of a flat, somewhat disk-shaped body serving as the lifting surface. Two piston engines buried in the body drove propellers located on the leading edge at the wingtips. The developmental V-173 made its last flight March 31, 1947. In 131.8 hours of flying over 190 flights, designer Charles Zimmerman’s theory of a near-vertical takeoff- and landing-capable fighter had been proven. This project would be improved upon, including the addition of potential armament, with the Chance Vought XF5U. This project would improve on many of the weaknesses discovered during the testing 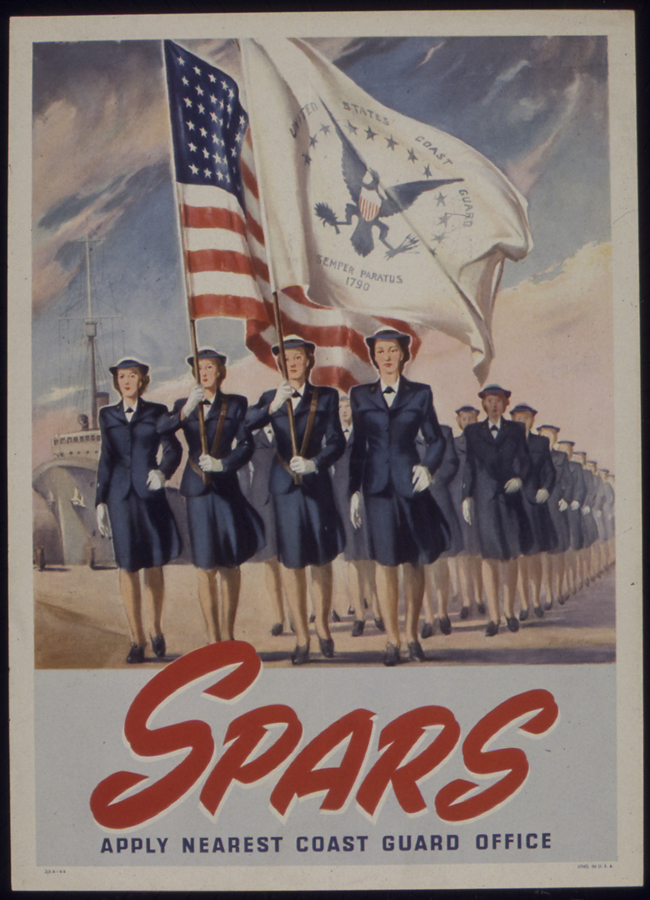 Nov. 23, 1942: President Roosevelt signed legislation authorizing the establishment of a women’s coast guard auxiliary, called the SPARS. The organization relieved officers and men for duty at sea by replacing them with women in shore establishments. 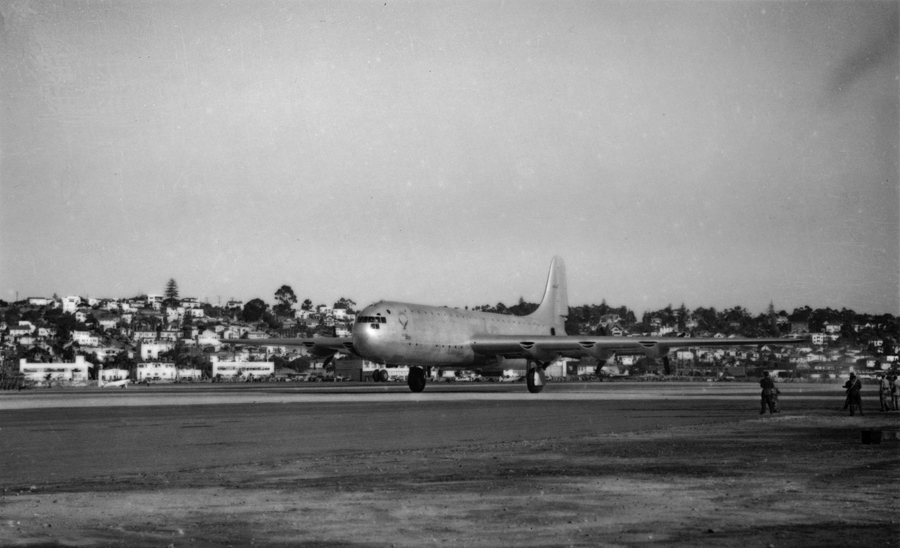 Nov. 24, 1947: The Convair XC-99 made its maiden flight in San Diego, Calif. The XC-99 was a prototype heavy cargo aircraft built by Convair for the U.S. Air Force. It was the largest piston-engined land-based transport aircraft ever built, and was developed from the Convair B-36 Peacemaker bomber, sharing the wings and some other structures with it. After testing, it was delivered to the Air Force on May 26, 1949. The Convair Model 37 was a planned civil passenger variant based on the XC-99 but was not built. The Air Force determined that it had no need for such a large, long-range transport at that time, and no more were ordered. The sole XC-99 served until 1957, including much use during the Korean War. It made twice weekly trips from Kelly Air Force Base, Texas, to the aircraft depot at McClellan Air Force Base, Calif., transporting supplies and parts for the B-36 bomber while returning by way of other bases or depots, making pick-ups and deliveries along the way. During its operational life, the XC-99 logged over 7,400 hours total time, and transported more than 60 million pounds of cargo. The aircraft made its final flight March 19, 1957. 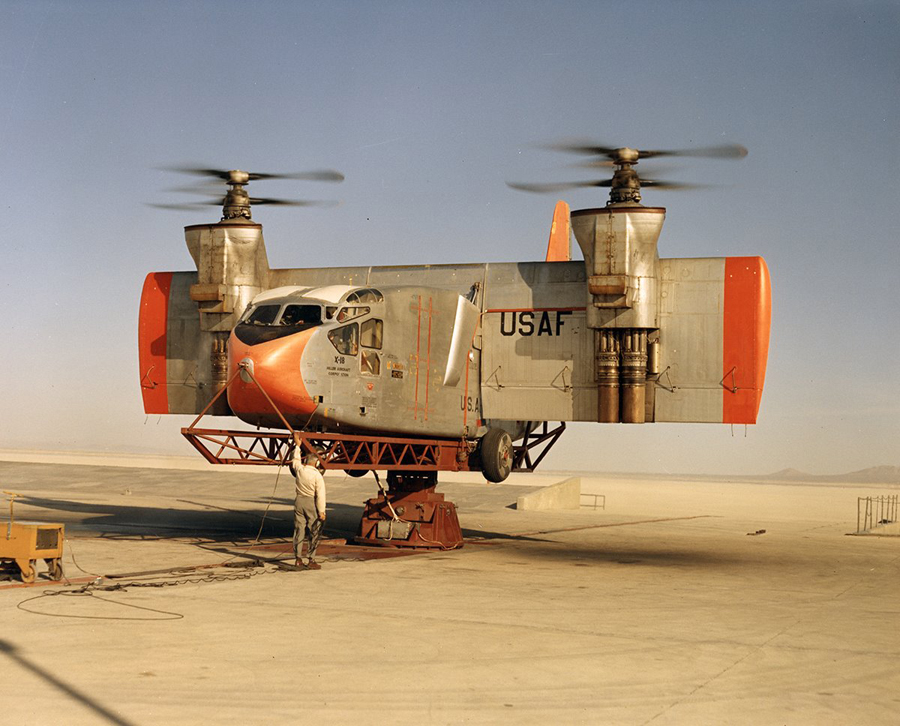 For more on the X-18, visit https://www.aerotechnews.com/blog/2021/07/25/hiller-x-18-tiltwing-transport-aircraft-built-from-scavenged-parts/ 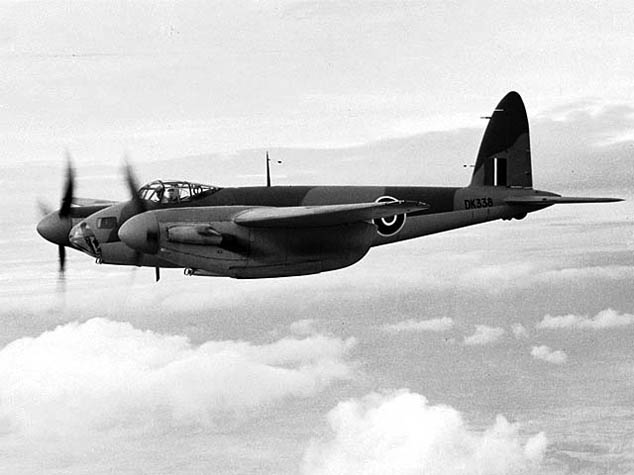 Nov. 25, 1940: The B-26 Marauder, with Martin test pilot William K. “Ken” Ebel at the controls, made its first flight. The Martin B-26 Marauder was an American twin-engined medium bomber that saw extensive service during World War II. The B-26 was built at two locations: Baltimore, Md., and Omaha, Neb., by the Glenn L. Martin Company. First used in the Pacific Theater of World War II in early 1942, it was also used in the Mediterranean Theater and in Western Europe.

After entering service with the United States Army aviation units, the aircraft quickly received the reputation of a “widowmaker” due to the early models’ high accident rate during takeoffs and landings. This was because the Marauder had to be flown at precise airspeeds, particularly on final runway approach or when one engine was out. The unusually high 150 mph speed on short final runway approach was intimidating to many pilots who were used to much slower approach speeds, and whenever they slowed to speeds below those stipulated in the manual, the aircraft would often stall and crash.

The B-26 became a safer aircraft once crews were re-trained, and after aerodynamic modifications: an increase of wingspan and wing angle-of-incidence to give better takeoff performance, and a larger vertical stabilizer and rudder. The Marauder ended World War II with the lowest loss rate of any U.S. Army Air Force bomber.

A total of 5,288 were produced between February 1941 and March 1945; the Royal Air Force and the South African Air Force flew 522 of these. By the time the United States Air Force was created as an independent military service separate from the United States Army in 1947, all Martin B-26s had been retired from U.S. service. After the Marauder was retired, the unrelated Douglas A-26 Invader then assumed the “B-26” designation, which led to confusion between the two aircraft. 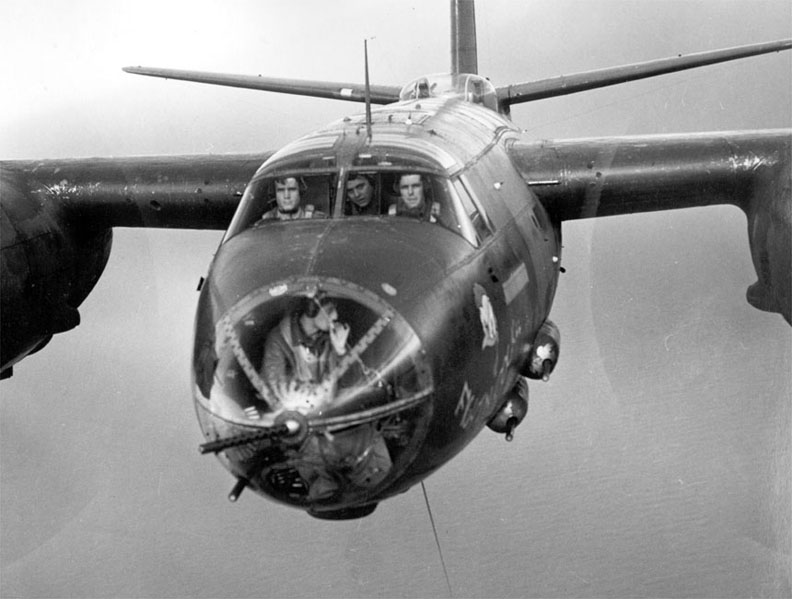 Nov. 25, 1940: First flight of the de Havilland DH.98 Mosquito, a British twin-engined, shoulder-winged multirole combat aircraft, took place. Introduced during World War II, the aircraft was unusual in that its frame was constructed mostly of wood. It was nicknamed the “Wooden Wonder.” Lord Beaverbrook, Minister of Aircraft Production, nicknamed it “Freeman’s Folly”, alluding to Air Chief Marshal Sir Wilfrid Freeman, who defended Geoffrey de Havilland and his design concept against orders to scrap the project. In 1941, it was one of the fastest operational aircraft in the world.

Nov. 25, 1961: The U.S. Navy’s first nuclear powered aircraft carrier, USS Enterprise, is commissioned. Enterprise was built by Newport News Shipbuilding in Newport News, Va., and was the only ship of her class. Enterprise had a crew of 4,600. She was inactivated on Dec. 1, 2012, and officially decommissioned on Feb. 3, 2017, after 55 years of service. Left: the USS Enterprise is officially christened on Sept. 24, 1960, sponsored by Mrs. W.B. Franke, wife of the former secretary of the Navy. Right: The USS Enterprise underway in the Atlantic Ocean, June 14, 2004. 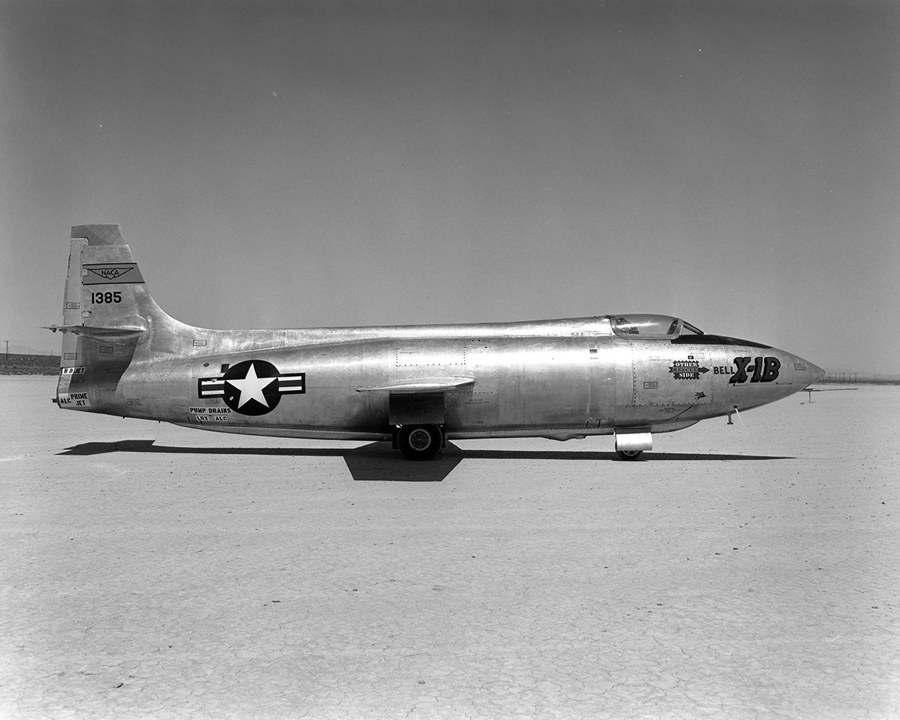 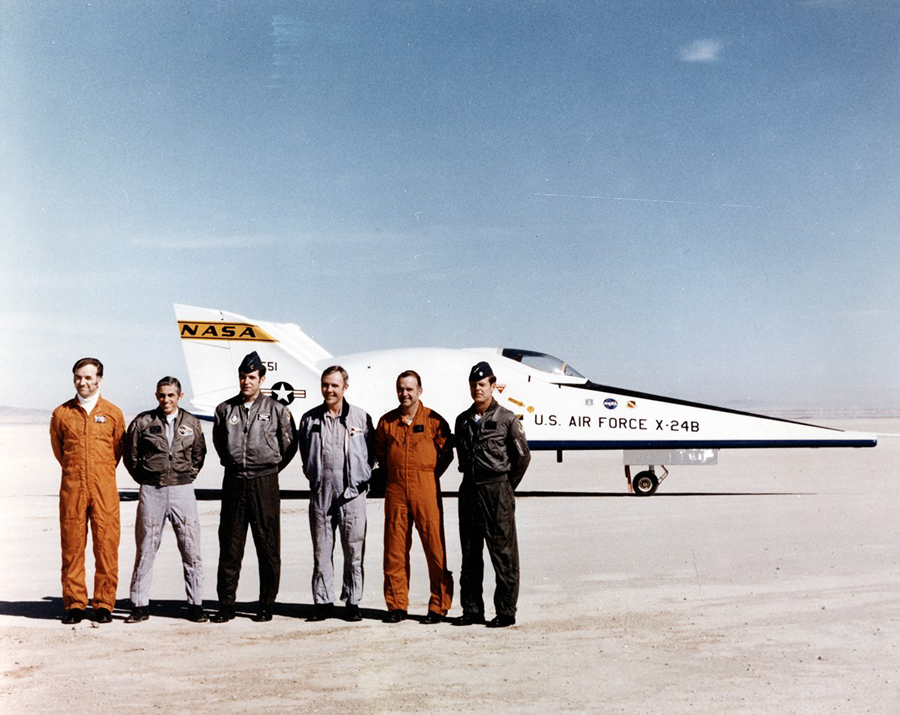