Feb. 26, 1942: The first United States aircraft carrier, USS Langley, CV-1, is attacked by Japanese bombers. The Langley was converted in 1920 from the collier USS Jupiter (Navy Fleet Collier No. 3), and was also the U.S. Navy’s first turbo-electric-powered ship. While ferrying a cargo of U.S. Army Air Force P-40s to Java, she was attacked by nine twin-engine Japanese bombers of the Japanese 21st and 23rd Naval Air Flotillas and so badly damaged that she had to be scuttled by her escorts. 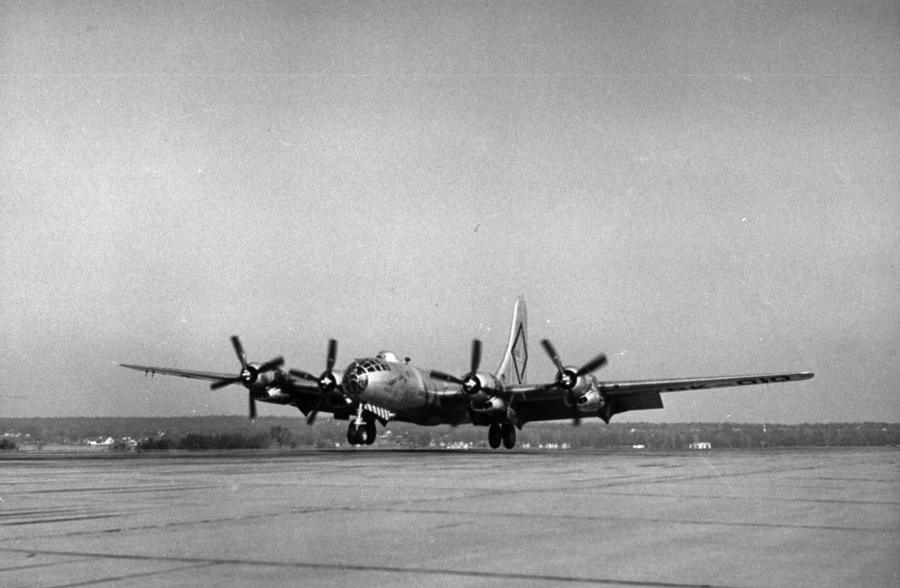 Feb. 26, 1949: A Boeing B-50A Superfortress named Lucky Lady II, took off from Carswell Air Force Base, Texas, and with inflight refueling, circumnavigated the Earth non-stop, landing back at Carswell on March 2, after 94 hours, 1 minute. The bomber had traveled 23,452 miles. Lucky Lady II was the backup aircraft for this flight, but became primary when the first B-50, Global Queen, had to abort with engine problems. Four inflight refuelings were required using the looped hose method. Two KB-29M tankers of the 43rd Air Refueling Squadron were placed at air bases along the Lucky Lady II‘s route, at the Azores, Saudi Arabia, the Philippine Islands and Hawaiian Islands. On their arrival at Carswell, the crew of Lucky Lady II was met by Secretary of the Air Force W. Stuart Symington, Jr., Gen. Hoyt S. Vandenberg, Chief of Staff of the Air Force, Gen. Roger M. Ramey, commanding 8th Air Force, and Lt. Gen. Curtis E. LeMay, Strategic Air Command. Each member of the crew was awarded the Distinguished Flying Cross. They also were awarded the Mackay Trophy for the most meritorious flight of the year.

On Aug. 13, 1950, at 11:25 a.m., the B-50A with Capt. Warren E. Griffin in command of the aircraft, was on a maintenance test flight and returning to its base, Davis-Monthan AFB, Tucson, Ariz., when all four engines failed. Unable to reach the runways, Griffin landed in the desert approximately two miles southeast. Though the landing gear were down, the bomber was severely damaged with all four propellers bent, the belly dented and its tail breaking off. The 11-man crew were uninjured except for the bombardier, 1st Lt. Theodore Hastings, who was scratched by cactus which entered the cockpit through the broken Plexiglas nose. The Superfortress was damaged beyond economical repair and was stricken from the Air Force inventory. The unrestored fuselage of Lucky Lady II is at the Planes of Fame Air Museum, Chino, Calif.

Feb. 26, 1955: The first supersonic ejection takes place when North American test pilot George F. Smith ejects himself from his diving North American F-100 “Super Sabre” off Laguna Beach, Calif. Smith ejected at 777 mph (Mach 1.05) as the crippled aircraft passed through 6,500 feet in a near-vertical dive. The force of the wind blast hitting him as he came out of the cockpit knocked him unconscious. Estimates are that he was subjected to a 40 G deceleration. His parachute opened automatically and he came down approximately one-half mile off Laguna Beach. Fortunately he hit the water very close to a fishing boat crewed by a former U.S. Navy rescue expert.

The F-100 dived into the Pacific Ocean approximately quarter-mile offshore between Dana Point and Laguna Beach. Smith was unconscious for six days, and when he awoke he was blind in both eyes. After four surgeries and seven months in the hospital, he recovered from his supersonic ejection and returned to flight status. 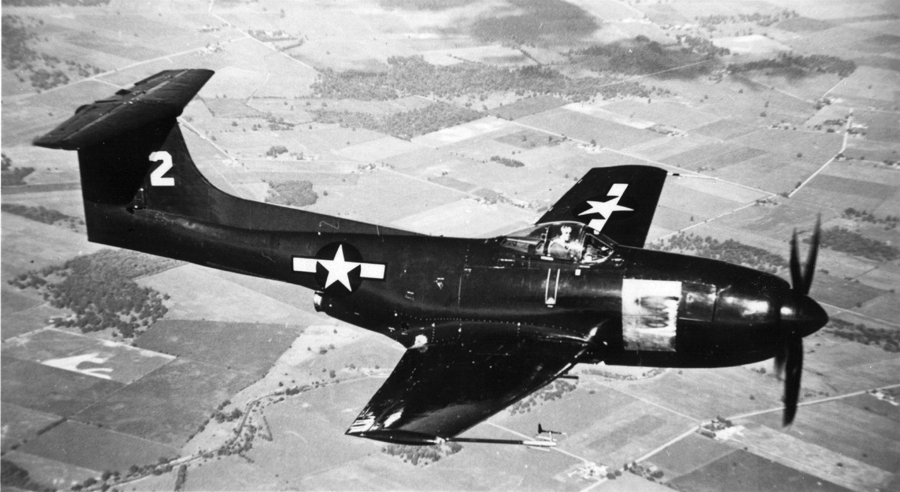 Feb. 27, 1945: The Curtiss XF15C made its first flight. The XF15C-1 was a mixed-propulsion fighter prototype of the 1940s. It was among a number of similar designs ordered by the U.S. Navy before pure-jet aircraft had demonstrated their ability to operate from carriers and the mixed-propulsion designs were abandoned. Only three prototypes were constructed, the first one having crashed in testing, while the second was scrapped and the last survives to this day. 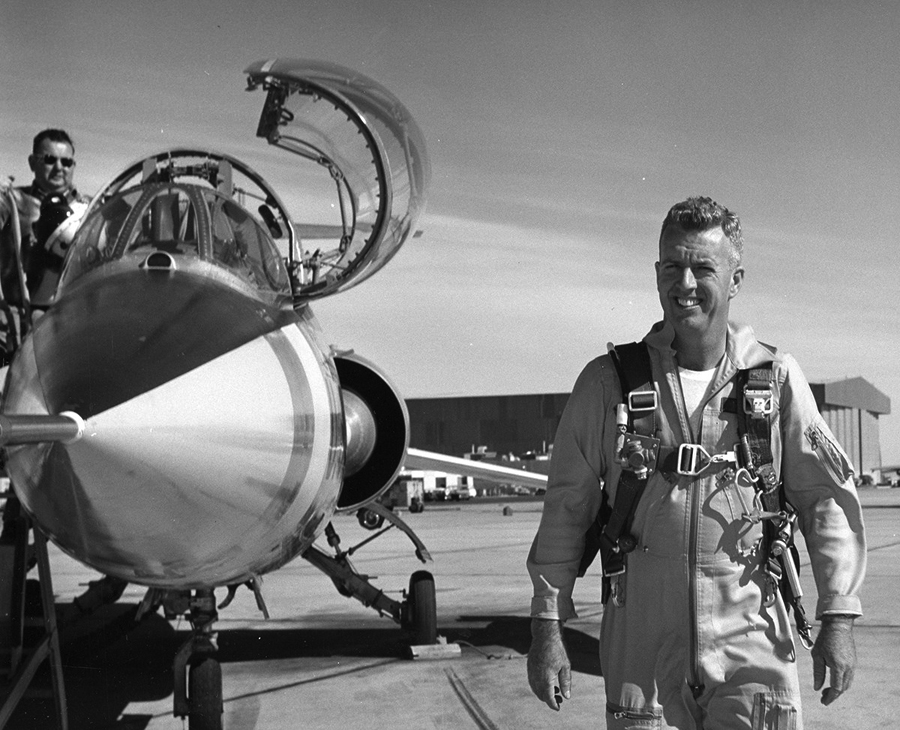 Feb. 27, 1970: NASA test pilot William “Bill” Dana flew the rocket-powered HL-10 to more than 90,000 feet, the highest altitude reached in the HL-10 lifting body flight research program. One of the Edwards History Office file photos shows Bill Dana standing on the lakebed near the HL-10 while the B-52 “mothership” flies overhead; the other photo captures him on the lakebed with the flight crew and aircraft. 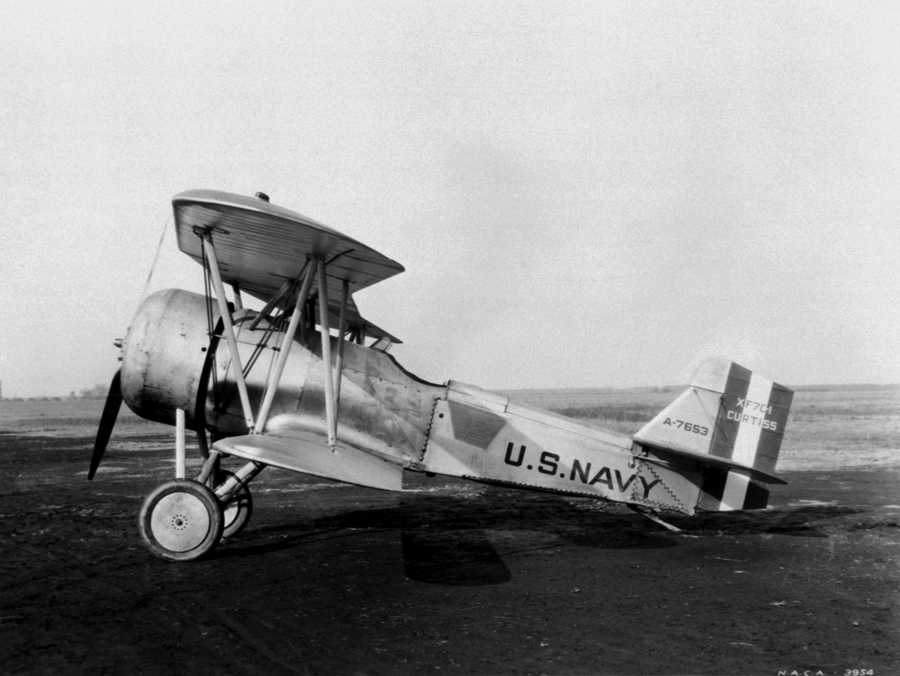 Feb. 28, 1927: The Curtiss F7C Seahawk made its first flight. The Seahawk was a carrier-capable biplane fighter aircraft of the Marine Corps. The F7C was Curtiss’ first aircraft designed expressly for the Navy, rather than a modified Army type. While clearly a descendant of the P-1 Hawk, its wings were constant-chord rather than tapered, and the upper wing had a slight sweepback.  After some modification demanded by the Navy, 17 production aircraft F7C-1 Seahawks were built, and entered service in the U.S. Marine Corps’ VF-5M at Quantico, Va. In 1930 VF-9M organized the Marines’ first aerobatic stunt team, “The Red Devils”, with F7Cs featuring red painted noses. They continued in service until 1933. 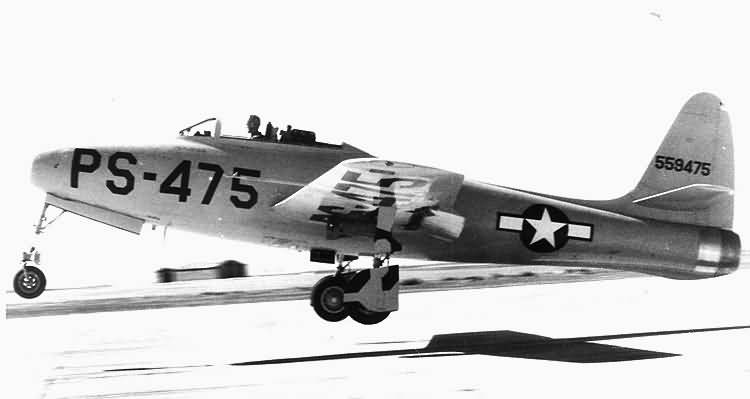 Feb. 28, 1946: Republic Aircraft Corporation’s XP-84 Thunderjet made its first flight, flown by Republic test pilot Wallace A. “Wally” Lien. The single-engine, straight-winged fighter was the first of a highly successful series of fighters, ground attack and reconnaissance aircraft which served the U.S. Air Force and NATO for many years.

Feb. 28, 1962: Chief Warrant Officer Edward J. Murray was successfully ejected from a B-58 flown by Maj. “Fitz” Fulton at Edwards Air Force Base, Calif., to become the first human to test a sealed escape capsule. 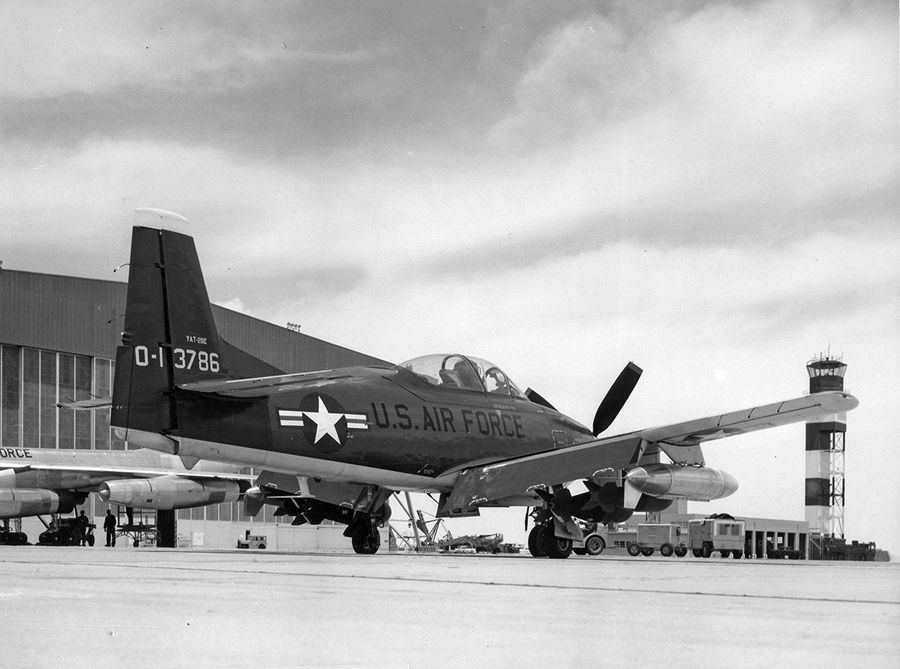 Feb. 28, 1964: The first flight of an accelerated Category II test program of the North American YAT-28E took place. The aircraft was a T-28 Trojan, heavily modified to a ground attack/trainer configuration for counter-insurgency warfare.

Feb. 28, 1991: Operation Desert Storm came to a conclusion as President George H.W. Bush declared that “Kuwait is liberated, Iraq’s army is defeated,” and announced that the allies would suspend combat operations at midnight, Eastern time.

On Aug. 2, 1990, the Iraqi Army invaded and occupied Kuwait, which was met with international condemnation and brought immediate economic sanctions against Iraq by members of the UN Security Council. UK prime minister Margaret Thatcher and U.S. president George H. W. Bush deployed forces into Saudi Arabia, and urged other countries to send their own forces to the scene. An array of nations joined the coalition, forming the largest military alliance since World War II. Most of the coalition’s military forces were from the US, with Saudi Arabia, the United Kingdom and Egypt as leading contributors, in that order. Kuwait and Saudi Arabia paid around $32 billion of the$60 billion cost incurred by the United States.

The initial conflict to expel Iraqi troops from Kuwait began with an aerial and naval bombardment on Jan. 17, 1991, continuing for five weeks. This was followed by a ground assault on Feb. 24. This was a decisive victory for the coalition forces, who liberated Kuwait and advanced into Iraqi territory. The coalition ceased its advance and declared a ceasefire 100 hours after the ground campaign started. Aerial and ground combat was confined to Iraq, Kuwait, and areas on Saudi Arabia’s border. Iraq launched Scud missiles against Israel and coalition targets in Saudi Arabia.

Feb. 28, 1998: It was a chilly Saturday morning when the RQ-4A Global Hawk Block-20 UAV took-off autonomously for its first flight. The unmanned aircraft flew a pre-programmed mission plan and remained in Edwards AFB airspace before landing an hour later, because the FAA hadn’t yet given approval to operate the UAV in non-military airspace. Over the next few years, the world’s first fully autonomous long-range, high altitude surveillance and reconnaissance UAV won the Collier Trophy as the nation’s greatest achievement in aeronautics for 2000. The platform showed so much promise that the ongoing test program was interrupted when it deployed to the U.S. Central Command area of operations to support coalition forces in Afghanistan while the aircraft was still in development. 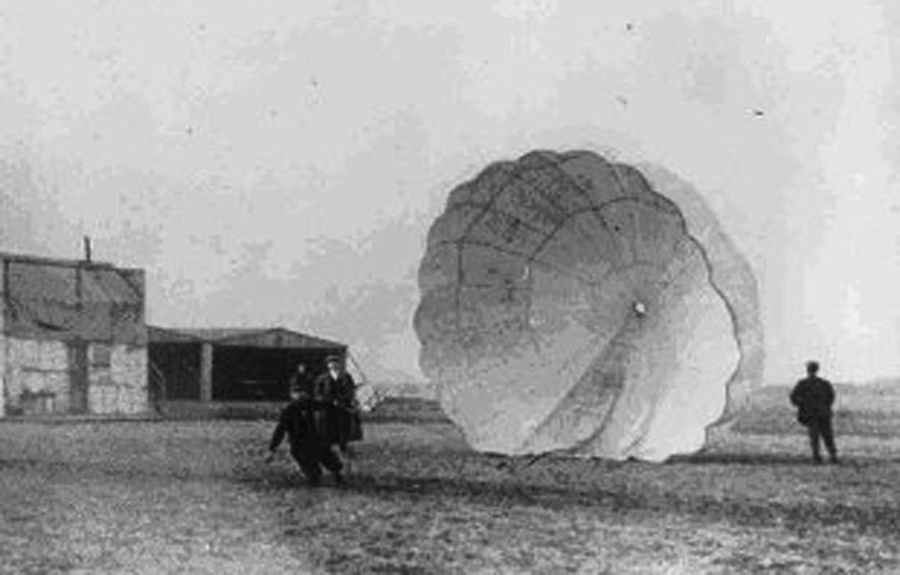 March 1, 1912: Capt. Albert Berry makes the first parachute descent from a powered airplane in America when he jumps from a Benoist aircraft flown by the company pilot, Anthony Jannus. The aircraft is flying at a height of 1,500 feet over Jefferson Barracks in St. Louis, Mo. The 36-foot diameter parachute was contained in a metal canister attached to the underside of the plane — when Berry dropped from the plane, his weight pulled the parachute from the canister. Rather than being attached to the parachute by a harness, Berry was seated on a trapeze bar. According to Berry, he dropped 400 feet before the parachute opened. 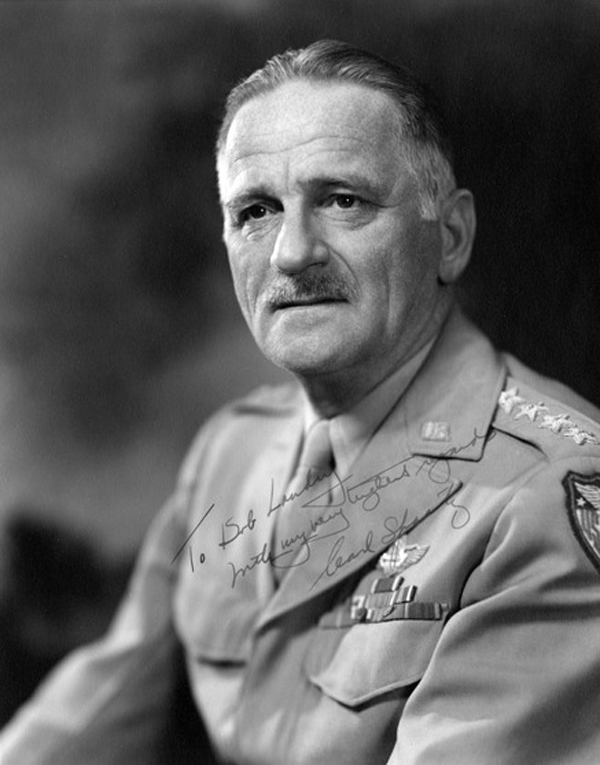 March 1, 1946: Gen. Carl Spaatz became commander of the U.S. Army Air Forces, taking over from Gen. Henry “Hap” Arnold. As commander of Strategic Air Forces in Europe in 1944, he successfully pressed for the bombing of the enemy’s oil production facilities as a priority over other targets. He became Chief of Staff of the newly formed U.S. Air Force in 1947. Spaatz had been present at Reims when the Germans surrendered to the Americans on May 7, 1945; at Berlin when they surrendered to the Soviets on May 8; and aboard the battleship USS Missouri in Tokyo Bay when the Japanese surrendered on Sept. 2. He was the only man of general rank or equivalent present at all three of these acts of surrender.

March, 2, 1918: Lloyd Andrews Hamilton becomes the first American to receive a commission in the British Royal Flying Corps when he is assigned as lieutenant with No. 3 squadron in France. During his service with the Royal Flying Corps, he achieved Ace status with five confirmed kills. Hamilton was later assigned to the U.S. Air Service’s 17th Aero Squadron. During his USAS service, he downed three enemy aircraft and two observation balloons, becoming a double ace — once flying under RFC command and once again for USAS. Hamilton was killed on Aug. 24, 1918, aged 24, when his aircraft was hit by defensive fire from German ground forces. 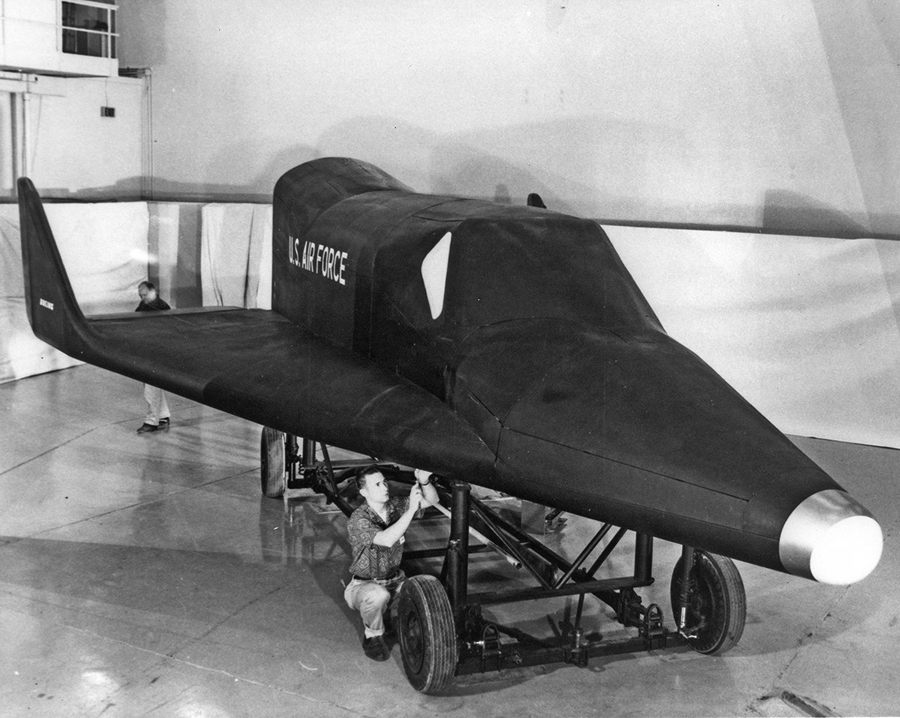 March 2, 1962: The Air Force Flight Test Center was assigned responsibility for the Boeing X-20 air launch flight test program. It was planned that the Dyna-Soar space vehicle would be airdropped from a B-52 carrier aircraft in order to acquire stability, control, performance, and systems reliability data. This Edwards History Office file photo is of the Dyna-Soar mockup. The program was cancelled before the vehicle was ever produced. 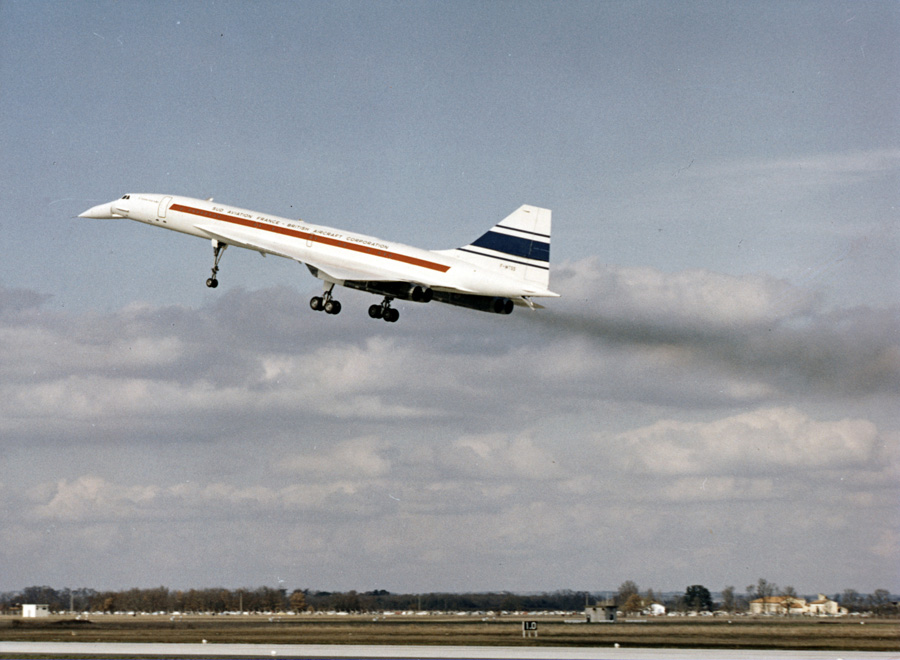 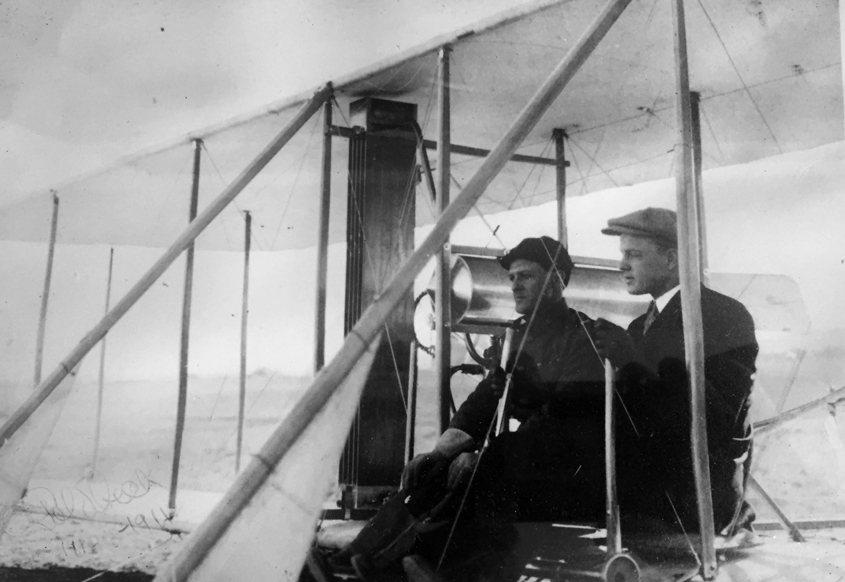 March 3, 1911: With Capt. Benjamin D. Foulois navigating a course and Phillip Parmelee at the controls, the Wright “Type B” on loan from Robert F. Collier sets an official United States cross-country record from Laredo to Eagle Pass, Texas. It flies the 106 miles in 2 hours 10 minutes. The flight was the first official military reconnaissance flight. 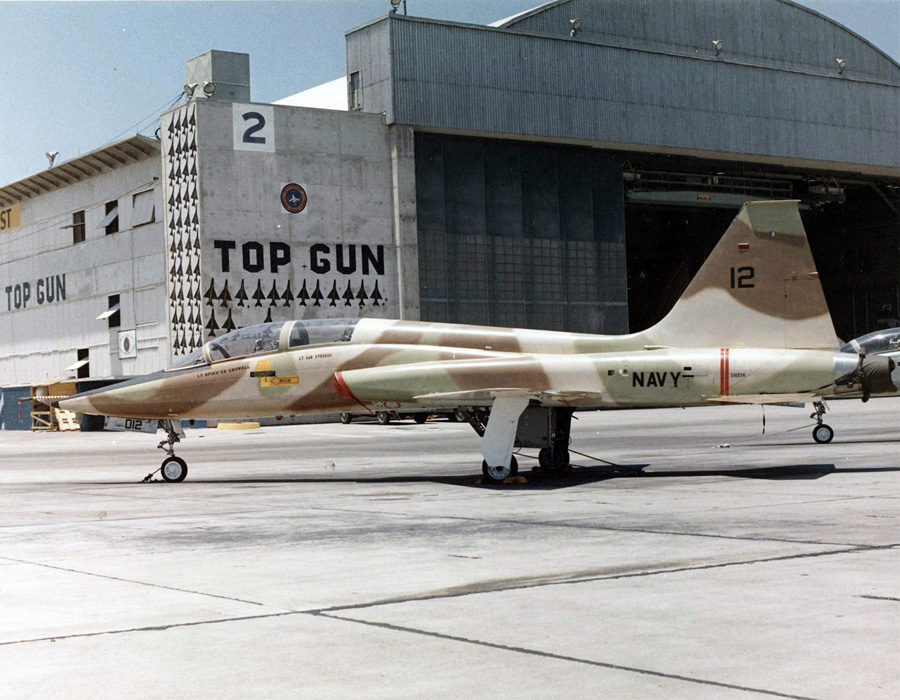 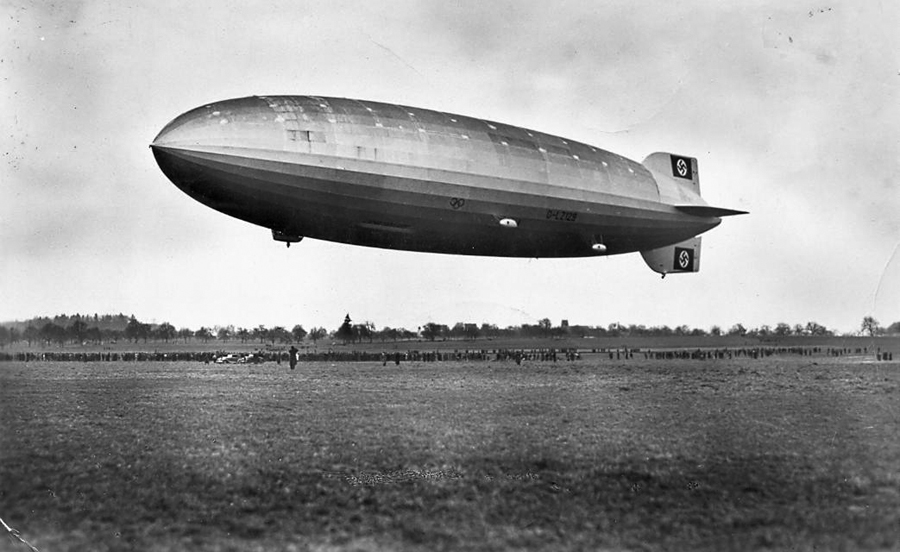 March 4, 1936: The last great passenger-carrying airship, a veritable behemoth in its day, takes to the air for the first time. The German dirigible LZ 129, the “Hindenburg,” is powered by four 1,320-hp Daimler-Benz DB 602 diesel engines. The Hindenburg makes its first Atlantic crossing in the record time of 64 hours 53 minutes on May 6. The Hindenberg was destroyed when it burst into flames May 6, 1937, at Lakehurst, N.J. Of the 36 passengers and 61 crew aboard, 13 passengers and and 22 crew died, as well as one member of the ground crew, a total of 36 lives lost. 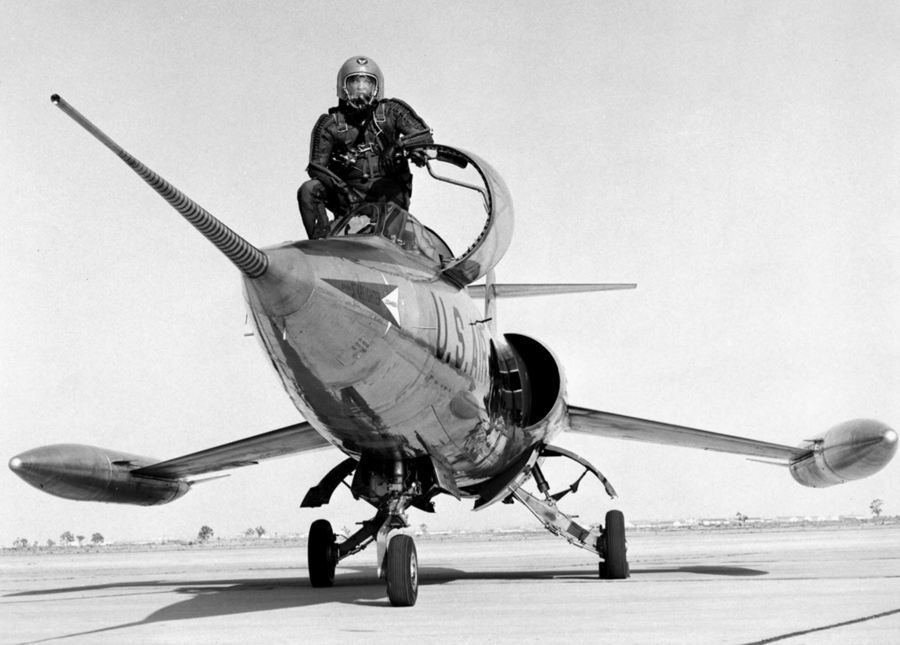 March 4, 1954: With Lockheed test pilot Tony LeVier at the controls, the XF-104 Starfighter makes its first flight at Edwards Air Force Base, Calif. The landing gear remained extended throughout the 20-minute flight. Designed by the legendary Kelly Johnson, the XF-104 was a prototype Mach 2-plus interceptor and was known in the news media of the time as “the missile with a man in it.” There were two Lockheed XF-104 prototypes. Initial flight testing was performed with 083-1001 (Air Force serial number 53-7786). The second prototype, 083-1002 (53-7787) was the armament test aircraft. Both were single-seat, single-engine supersonic interceptor prototypes.