July 9, 1910: At the Atlantic City Aero Meet in New Jersey, Walter R. Brookins flew his Wright Flyer to an altitude of 6,175 feet, becoming the first pilot to fly higher than one mile. Brookins took off in a Wright Model A, and the ascent took just over 56 minutes as he made a gradual climb in two-mile circles. The descent from the record altitude took approximately seven minutes. 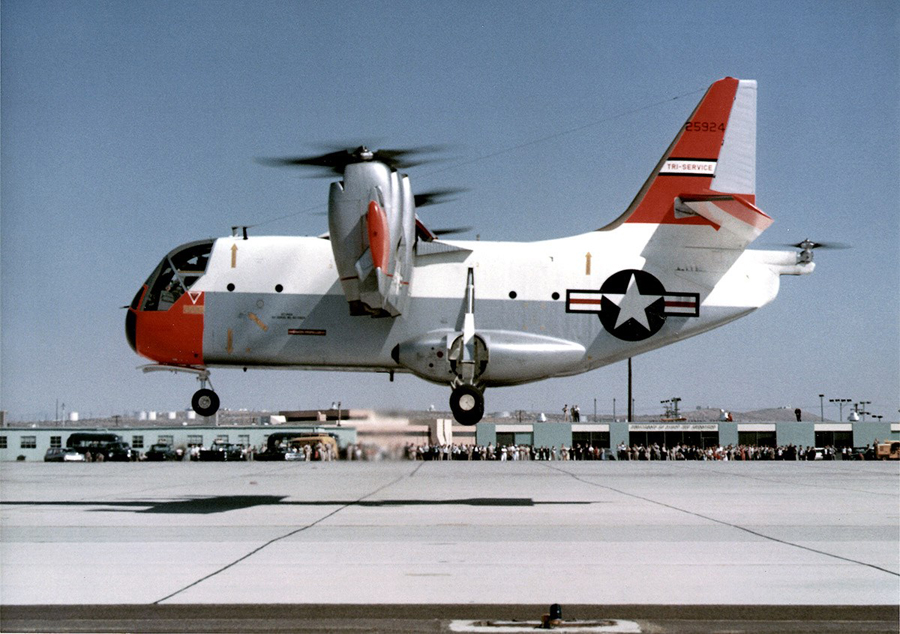 July 9, 1965: The tilt-wing XC-142A vertical/short takeoff and landing aircraft arrived at Edwards Air Force Base, Calif., for Category II testing following a two-day flight from the Ling-Temco-Vought plant in Dallas, Texas. The flight was the first long-distance hop of a V/STOL aircraft. The XC-142A was an experimental four-engine propeller transport in which the engines and wings tilted in flight to transition between vertical and horizontal flight. 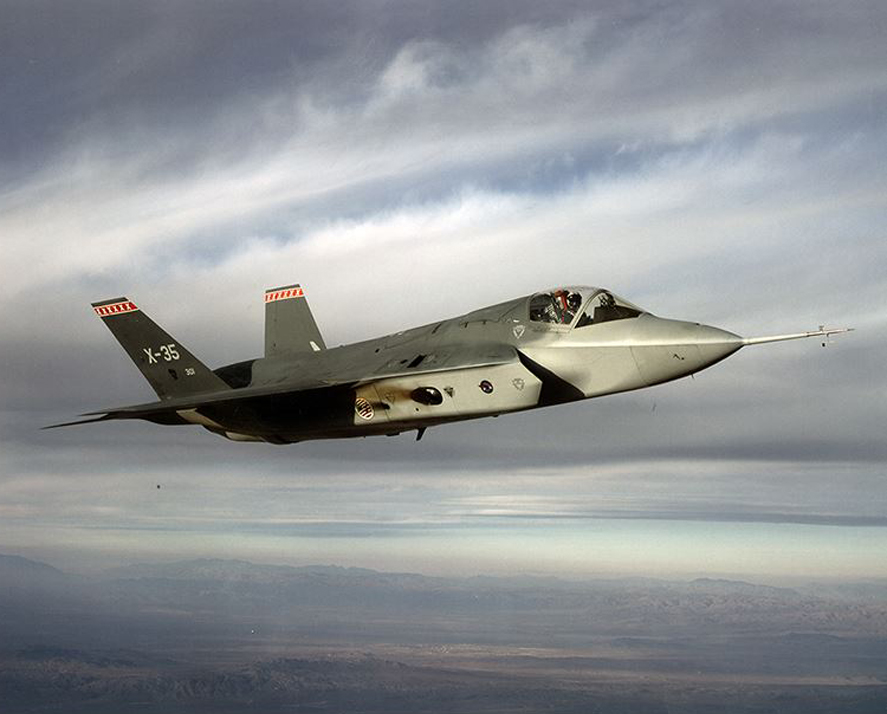 July 9, 2001: With British test pilot Simon Hargreaves at the controls, the Lockheed Martin X-35B completed an in-flight conversion from conventional to STOVL mode and back before accelerating to Mach 1.08. This was the first time one of the two JSF demonstrators had made a conversion and flown supersonically in the same flight. 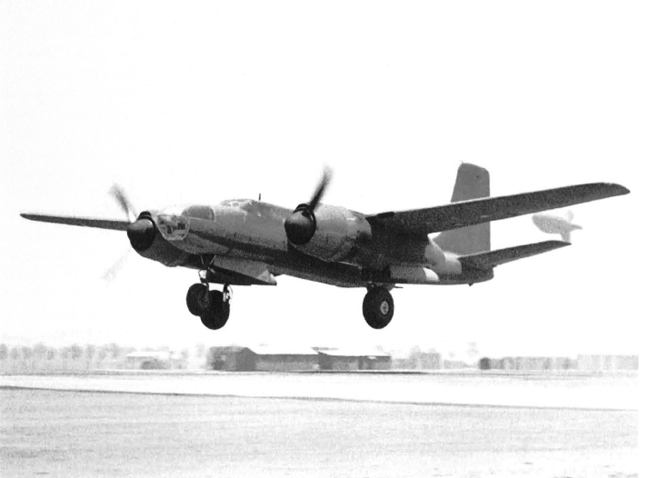 July 10, 1942: The Douglas A-26 Invader made its first flight at Mines Field, El Segundo, Calif., with test pilot Benny Howard at the controls. Flight tests revealed excellent performance and handling, but engine cooling problems led to cowling changes and elimination of the propeller spinners on production aircraft. The A-26 (designated B-26 between 1948 and 1965) is an American twin-engine light bomber and ground attack aircraft. Built by Douglas Aircraft Company during World War II, the Invader also saw service during several major Cold War conflicts. A limited number of highly modified United States Air Force aircraft served in Southeast Asia until 1969. It was a fast aircraft capable of carrying a large bomb load. A range of guns could be fitted to produce a formidable ground-attack aircraft. 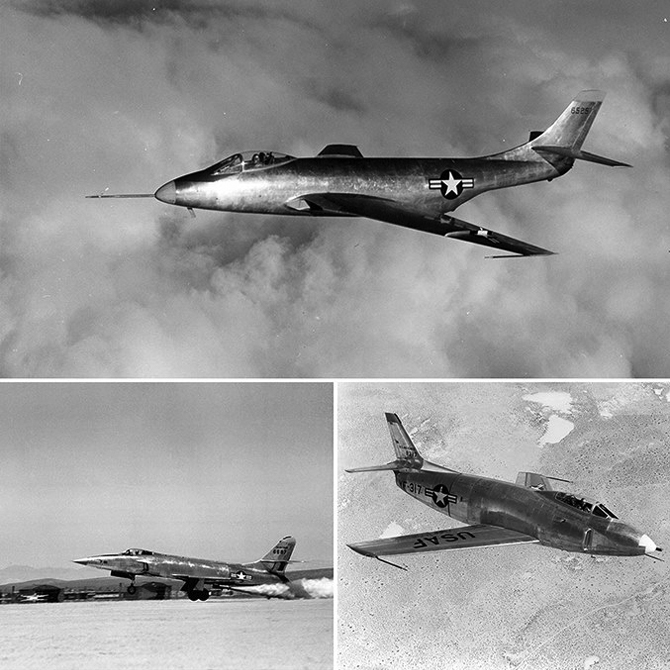 July 10, 1950: The test operations branch completed the fighter evaluation program on the McDonnell F-88 Voodoo (top), the Lockheed XF-90 9left) and the North American YF-93 (right) aircraft. None were selected for production. 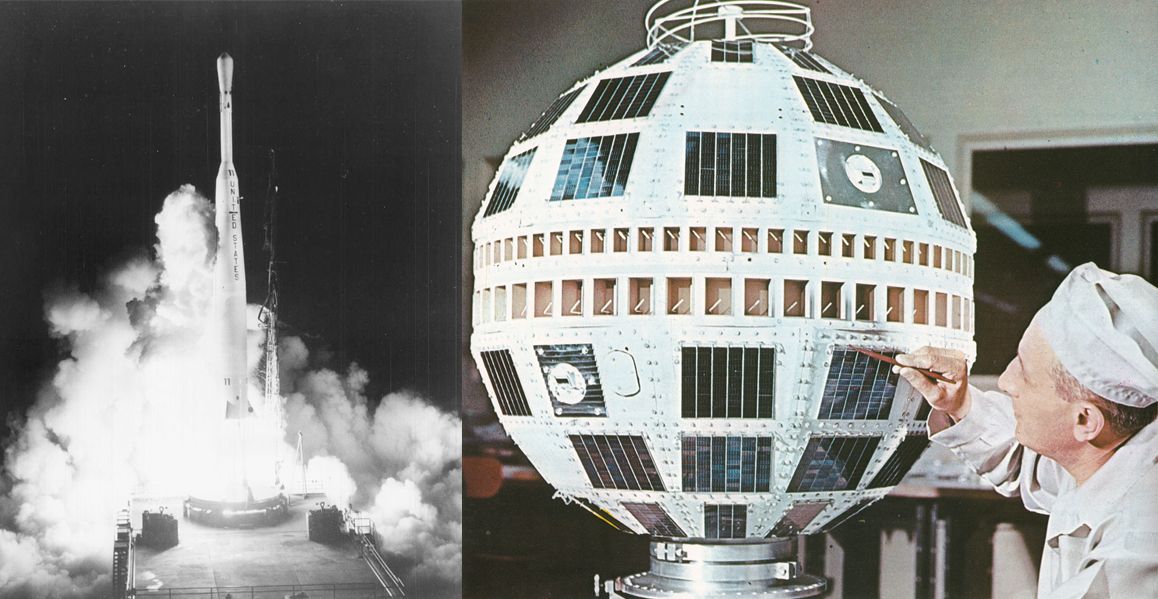 July 10, 1962: At 4:35 a.m., EDT, the first communications relay satellite, Telstar 1, was launched into Earth orbit from Launch Complex 17B, Cape Canaveral Air Force Station, Fla. This was the first commercial space flight, sponsored by a consortium of communications companies and government organizations, including AT&T, Bell Labs, the BBC, NASA, and British and French postal services. The satellite was used to relay live television broadcasts across the Atlantic Ocean. This had never previously been possible. In addition to its primary role as a communications relay satellite, Telstar also performed scientific experiments to study the Van Allen Belt. 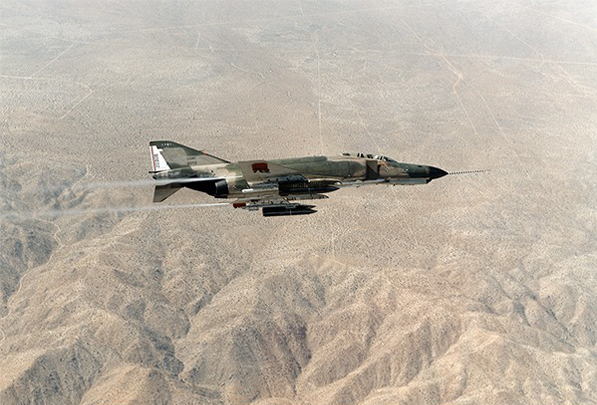 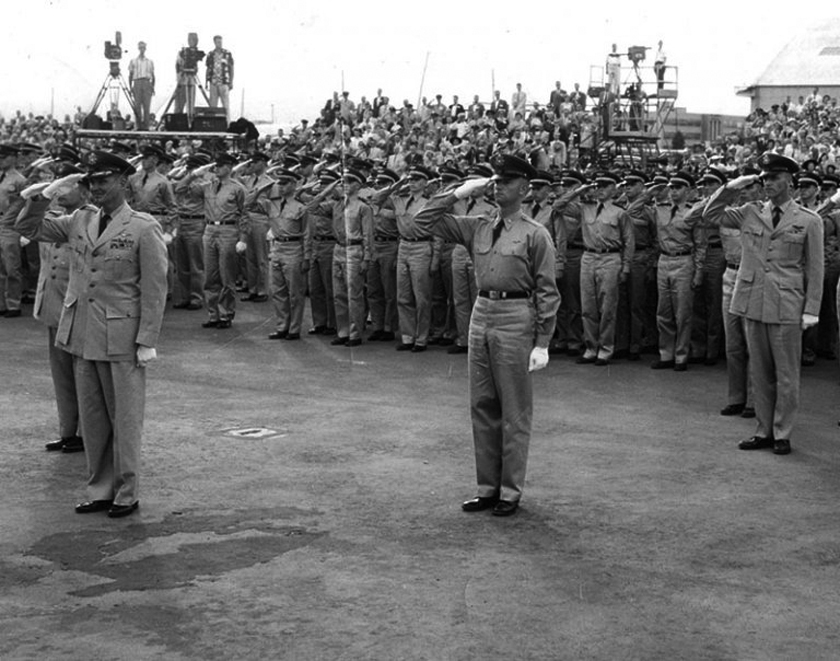 July 11, 1955: The U. S. Air Force Academy is dedicated at its temporary location, Lowry Air Force Base, Colo. The first class of 306 cadets are sworn in at Lowry and were housed in renovated World War II barracks until construction at the Colorado Springs location was complete in August 1958. 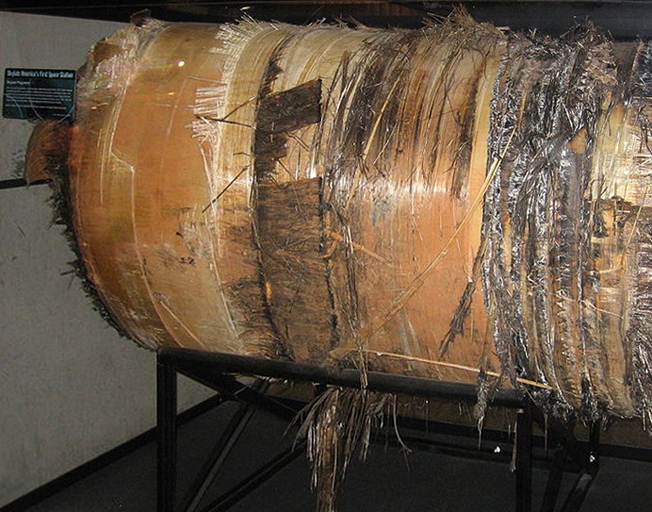 July 11, 1979: Skylab, America’s first space station, is destroyed as it re-enters the Earth’s atmosphere over the Indian Ocean. The demise of Skylab was an international media event.  NASA aimed the station at a spot 810 miles south-southeast of Cape Town, South Africa. However, Skylab did not burn up as fast as NASA expected, and debris landed about 300 miles east of Perth in Australia.  The photograph shows a fragment of the station on display at the U.S. Space & Rocket Center. 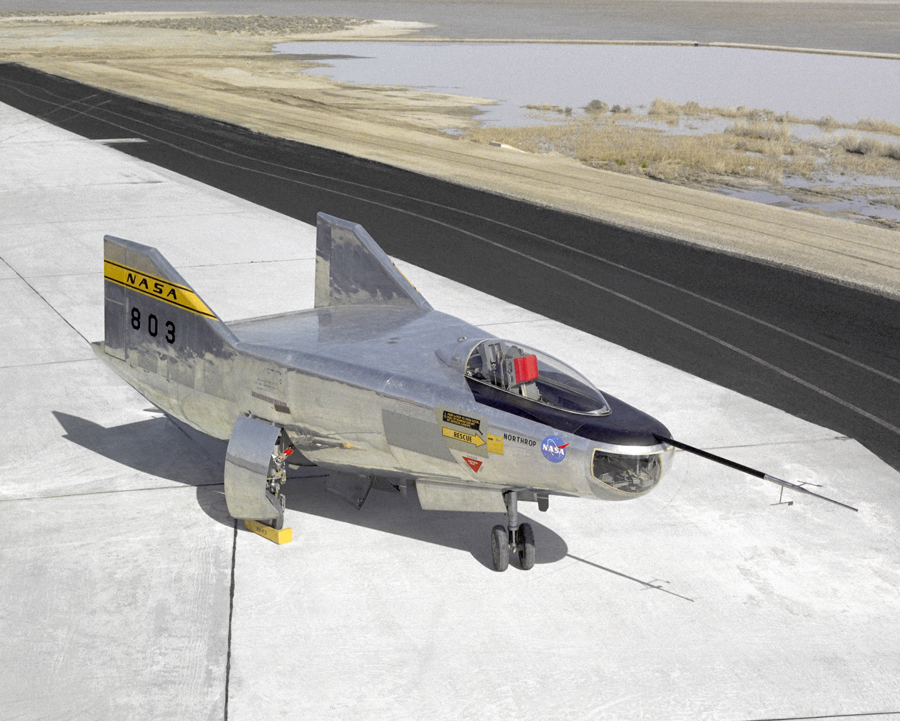 July 12, 1966: The Northrop M2-F2 heavyweight lifting body made its first flight at NASA’s Dryden (now Armstrong) Flight Research Facility at Edwards, Calif., with test pilot Milt Thompson. The same B-52 used to air launch the famed X-15 rocket research aircraft was modified to also carry the lifting bodies. Thompson was dropped from the B-52’s wing pylon mount at an altitude of 45,000 feet on that maiden glide flight. The M2-F2 weighed 4,620 pounds, was 22 feet long, and had a width of about 10 feet. 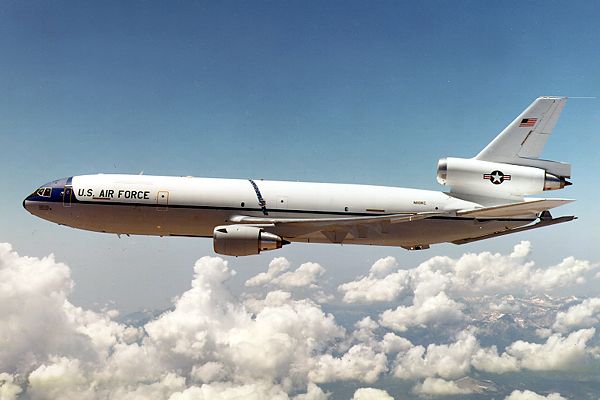 July 12, 1980: The first McDonnell Douglas KC-10A Extender aerial refueling tanker made its first flight at Long Beach, Calif. At the controls were company test pilots Walt Smith and George Jansen, flight engineer Leo Hazell, and flight test engineer Guy Lowery. The KC-10 is based on the DC-10 commercial aircraft and can carry 356,000 pounds of fuel. Using a “flying boom” to refuel Air Force aircraft in flight, it also is equipped with “hose and drogue” system to refuel U.S. Navy and Marine airplanes. Both systems can be used simultaneously. The KC-10A can also carry cargo pallets, or combination of personnel and cargo. 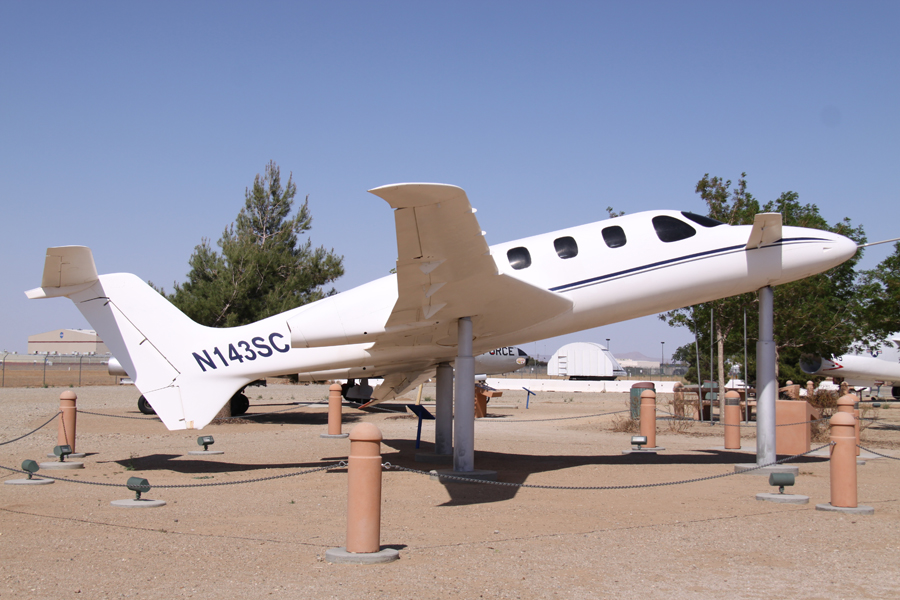 July 12, 1988: The Scaled Composites Triumph made its first flight at the Mojave Airport in Calif. The Triumph was a U.S. twin-engine, business jet prototype designed and built by Burt Rutan’s Scaled Composites for Beechcraft, known officially as the Model 143. The Williams FJ44 turbofan engine shared the maiden flight. The aircraft is a three lifting surface design, with both a small canard, and a small conventional horizontal stabilizer in a T-tail configuration. Originally, three versions of the all-composite aircraft were envisioned, one powered by piston engines, one by turboprops and one by turbofans. The only one built was the turbofan version with engines mounted on top of the wings, which was first aircraft to be powered by the Williams International FJ44 engine. The flight test program was completed and confirmed the targeted performance. The financial situation of Beech at the time, and competing projects, prevented consideration of commercial production. In February 1991, Rutan stated, “it had the potential for enormous improvements in efficiency compared to the King Air. It was as fast as the Citation II, but had 60 percent better fuel economy.” After the test program was completed, the airframe was mounted on a pedestal at Scaled’s Mojave facility for several years, and is now on display in the Joe Davies Heritage Airpark in Palmdale, Calif. 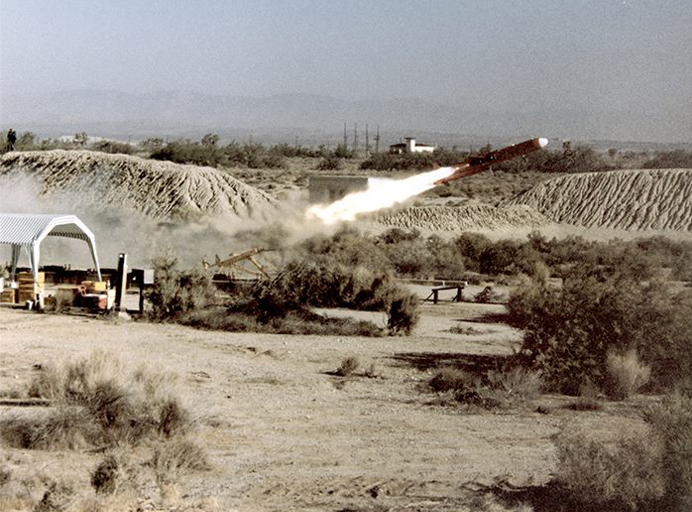 July 12, 1997: A Northrop Grumman crew launched a BQM-74 Chukar RPM from South Base at Edwards Air Force Base, Calif., to test its new JATO unit. The jet-mpropelled drone was designed as a high-speed aerial target, and had also been used as a decoy over hostile territory. 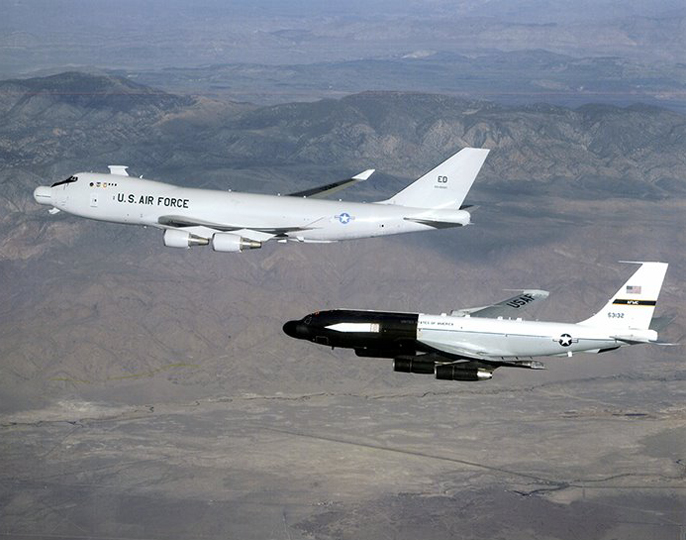 July 13, 2007: The YAL-1A modified Boeing 747-400F, known as the Airborne Laser, demonstrated an engagement sequence using a beacon from the target aircraft and completing a four-day sequence of back-to-back successful missions. The mission used the NC-135E “Big Crow” test aircraft as the target. 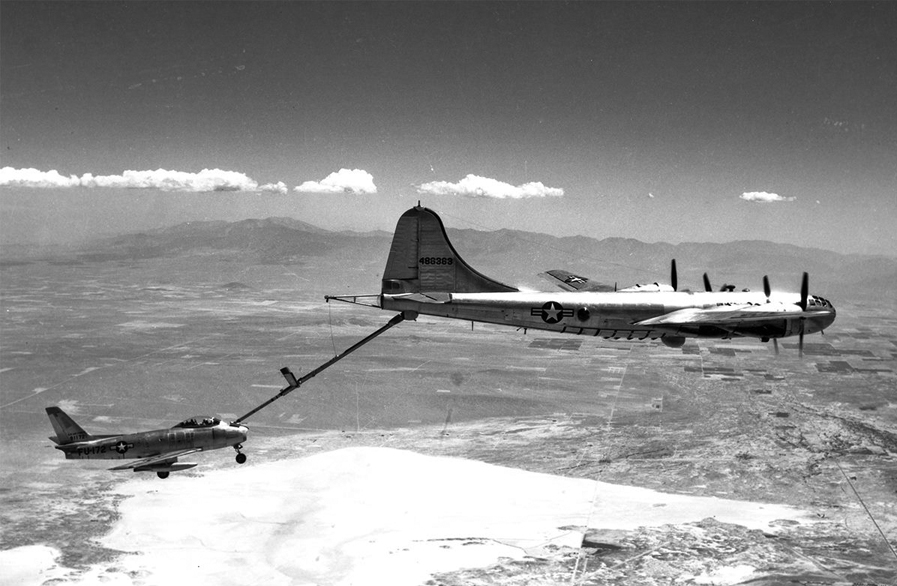 July 14, 1950: A North American F-86 Sabre began the Inflight Refueling test with a Boeing KB-29F Superfortress tanker. The project’s objective was to demonstrate equipment suitability and operating techniques for in-flight refueling by a ‘flying boom’ method. 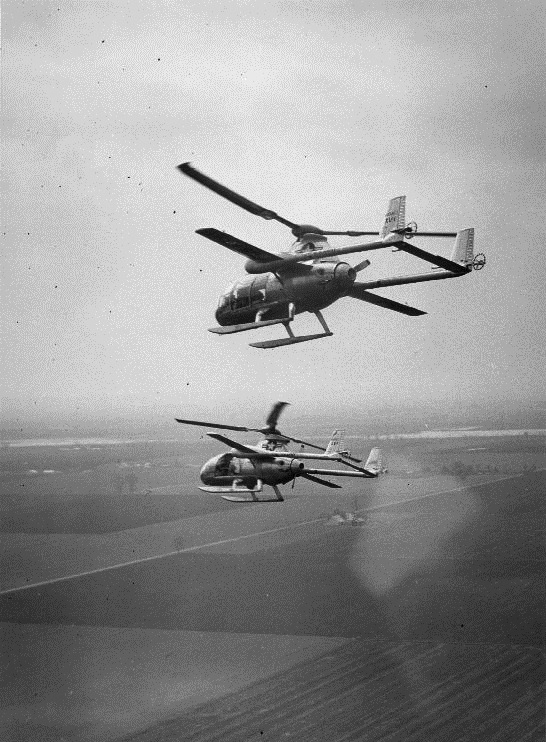 July 14, 1954: The McDonnell XV-1 made its first flight. The XV-1 was an experimental gyrodyne developed by McDonnell Aircraft for a joint research program between the U.S. Air Force and the U.S. Army to explore technologies to develop an aircraft that could take off and land like a helicopter but fly at faster airspeeds, similar to a conventional airplane. The XV-1 would reach a speed of 200 mph, faster than any previous rotorcraft, but the program was terminated due to the tip-jet noise and complexity of the technology which gave only a modest gain in performance. 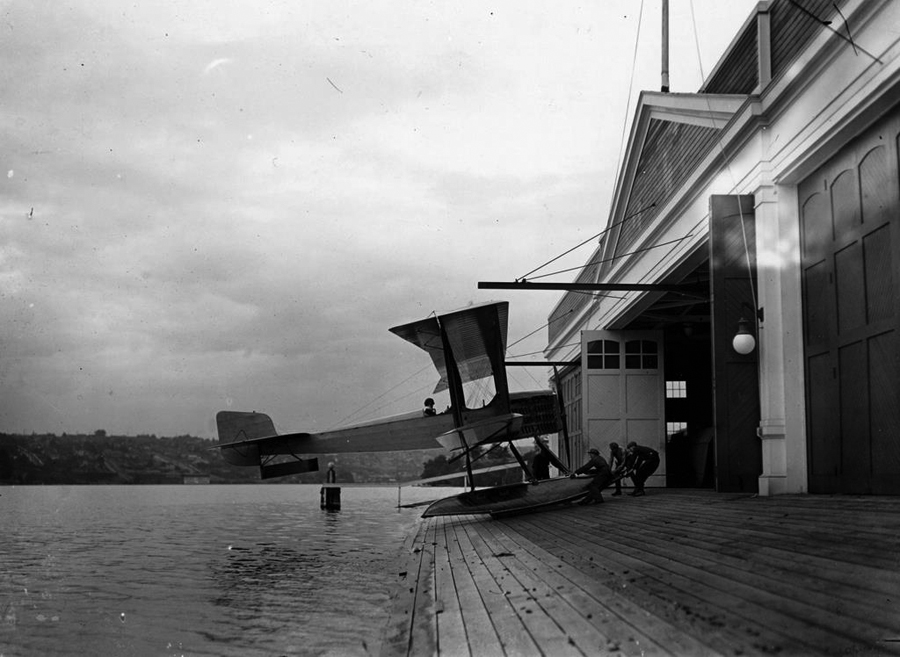 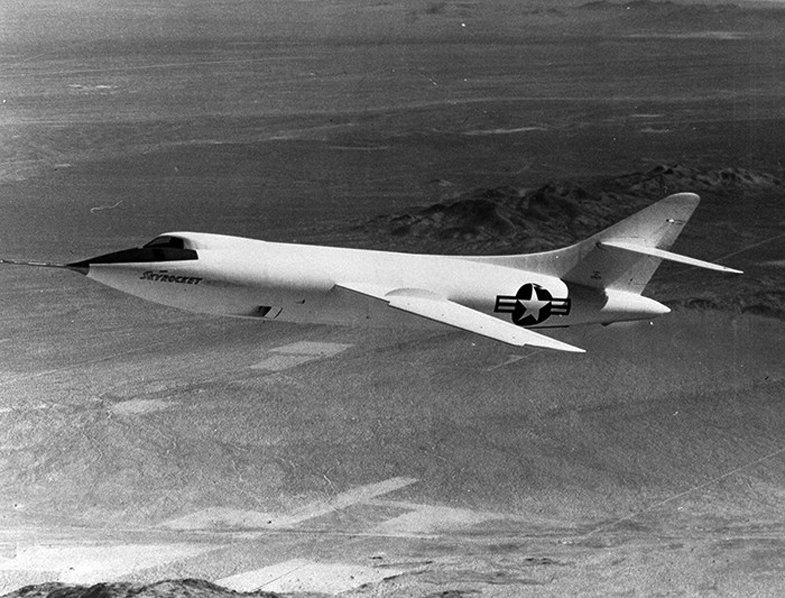