The U.S. Air Force confirmed Sept. 20 that it plans to reveal the B-21 Raider in the first week of December during an unveiling ceremony hosted and sponsored by the Northrop Grumman at its production facilities in Palmdale, Calif.

The B-21 is a long-range, highly survivable, penetrating strike stealth bomber that will incrementally replace the B-1 and B-2 bombers, becoming the backbone of the U.S. Air Force bomber fleet.

“The unveiling of the B-21 Raider will be a historic moment for our Air Force and the nation,” said Air Force Chief of Staff Gen. CQ Brown, Jr. “We last introduced a new bomber over 30 years ago. As we look to the threats posed by our pacing challenge; we must continue to rapidly modernize. The B-21 Raider will provide formidable combat capability across a range of operations in highly contested environments of the future.” 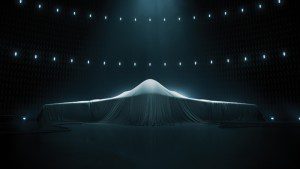 The Department of the Air Force is investing in the aircraft’s long-range strike capability as part of its seven Operational Imperatives as it develops the advanced communications, sensors, and a broad mix of weapons and supporting systems needed to deter our adversaries and prevail in combat.

We must invest in long-range strike in a highly contested environment by integrating the B-21 bomber with advanced communications, sensors, and a broad mix of weapons and supporting systems.

After unveiling, the B-21 program will continue its rigorous testing campaign with a combined team of professionals from the Air Force Test Center, Air Force Operational Test and Evaluation Center, and Northrop Grumman. Their work will verify performance and identify areas for improvement for the weapon system.

“The B-21 program is a powerful example of America’s long experience with fielding advanced military technology through an innovative, adaptable and efficient defense industrial base,” said Andrew Hunter, assistant secretary of the Air Force for Acquisition, Technology and Logistics. “The Air Force made the decision early in the life of the program to make the flight test aircraft production representative, which is paying dividends as we look towards first flight.”

The B-21 weapon system is manufactured under the Air Force’s contract with Northrop Grumman. It is designed with an open systems architecture, enabling rapid insertion of mature technologies, and allowing the aircraft to remain effective as threats evolve over time.

“The B-21 is the most advanced military aircraft ever built and is a product of pioneering innovation and technological excellence,” said Doug Young, sector vice president and general manager, Northrop Grumman Aeronautics Systems. “The Raider showcases the dedication and skills of the thousands of people working every day to deliver this aircraft.”

Since contract award in 2015, Northrop Grumman has assembled a nationwide team to design, test and build the world’s most advanced strike aircraft. The B-21 is a product of Northrop Grumman’s pioneering digital engineering practices and advanced manufacturing techniques together with breakthrough stealth technology.

“Northrop Grumman is proud of our partnership with the U.S. Air Force as we deliver the B-21 Raider, a sixth-generation aircraft optimized for operations in highly contested environments,” said Tom Jones, corporate vice president and president, Northrop Grumman Aeronautics Systems.

Six B-21 test aircraft are in various stages of final assembly in Palmdale, California. Northrop Grumman and the U.S. Air Force confirmed in May that the B-21 first flight is projected for 2023. The actual timing of first flight will be based on ground test outcomes.