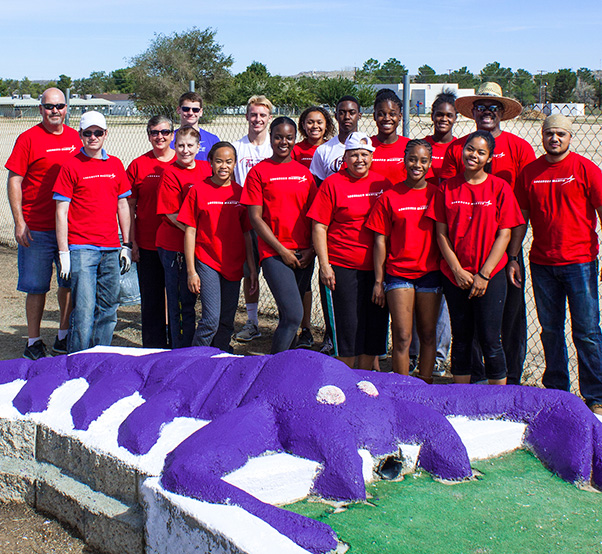 Desert High School Class of 2016 student Jasmine Palmer left her junior year with a vision for how to better her school. She wanted to restore a miniature golf course that was created as a legacy project in 2006 to its original glory.
The trees in the area were overgrown and the area was filled with tumbleweeds.
“You really couldn’t imagine what it would look like clean,” said Jasmine’s mother, Debbie Palmer, 412th Test Wing Judge Advocate Office.
First, Jasmine went to the school principal for help clearing the area. The school’s maintenance crew was able to clear the tumbleweeds and trim the trees. Then she went to Lockheed Martin seeking funding for the project. 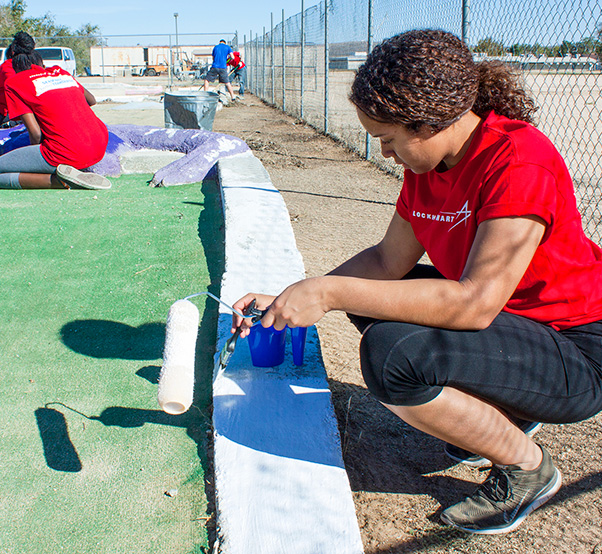 Jasmine Palmer, Class of 2016, led the effort to restore Desert High School’s mini golf course and host a carnival for the school Nov. 18.

On Oct. 24, in honor of national “Make a Difference Day,” four volunteers from Lockheed, with authorization to spend up to $500 in supplies, joined students, a few parents and one teacher, to start the refurbishing process.
The money purchased new turf for all the holes, rakes, brooms, paint and all of the associated supplies. By the end of the eight-hour day of volunteering, work still needed to be done and they were out of supplies. Lockheed responded by offering another $500 and a second day of help Oct. 31. 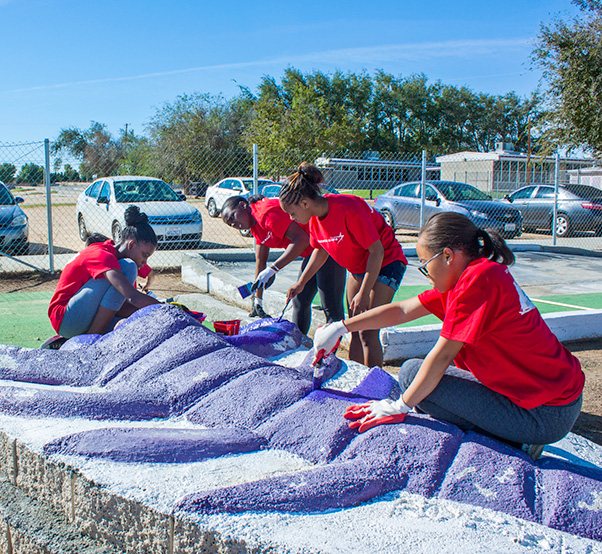 Each hole in the eight-hole course was created by a different graduating class. This hole is shaped as a scorpion, the school’s mascot.

The team ended up asking for money one last time and was awarded the final $350 they needed to finish the job. In all, they were given $1,350.
Nov. 18, the golf course will officially re-open with a carnival hosted by the Class of 2016 and the Parent Teacher Association.
The golf course has eight usable holes and a shack for the clubs. When it was created, the idea was for each graduating class to design and build a new hole. The first hole, created by the Class of 2006, is formed in the shape of “2006.” Another hole features a scorpion, the school’s mascot. According to Palmer, the course was originally intended to be 18-holes, but was never completed.
“When my daughter was in junior high there, she remembers going [to the golf course] for P.E.,” said Palmer. “She hopes that now when it’s all cleaned up that maybe they’ll continue with expanding the holes of the golf course the way it was originally designed to be.” 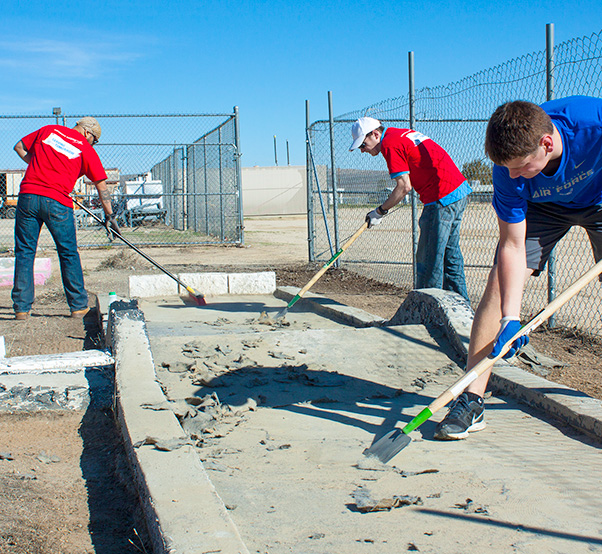