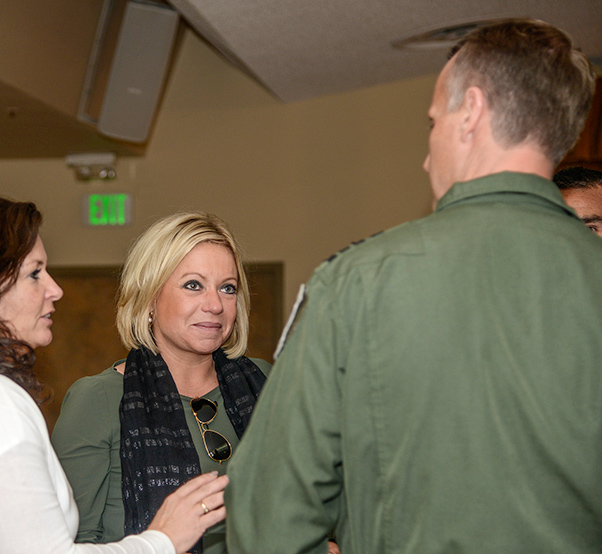 Netherlands Minister of Defence Jeanine Hennis-Plasschaert visited members of the Royal Netherlands Air Force stationed at Edwards Air Force Base Nov. 24, 2015.
Edwards AFB hosts a contingent of RNLAF members who are assigned to 323 Squadron, which conducts operational test and evaluation of Dutch F-35s.
Hennis-Plasschaert met with her fellow Nederlanders for lunch at Club Muroc before moving to the flight line where she was updated on F-35 testing. She also got an up-close look at her country’s F-35s along with the chance to sit in the cockpit before viewing the Dutch F-35s take off.
Hennis-Plasschaert is a member of the Netherlands Cabinet and is ultimately accountable for the overall Dutch Defence policy, as well as for its implementation. Defence policy is part of the national security policy of the Netherlands. She has held that position since Nov. 5, 2012.