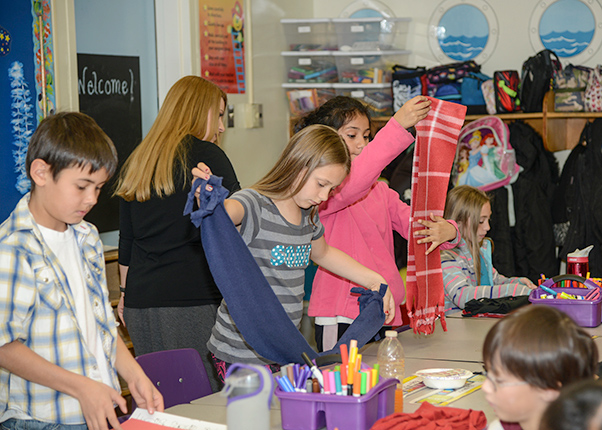 It doesn’t take long to see the respect and compassion for others in Elizabeth Davis’ fourth-grade class at Branch Elementary School.
On Dec. 10, one student went above and beyond to show his community spirit when he recruited his classmates to help make scarves for the homeless this Christmas.
Fourth grader Shawn and his family have been donating scarves for the last five years and supplied all of the materials for the class project. His grandmother pre-cut the fleece into scarves and the students were responsible for tying knots into the fringe. 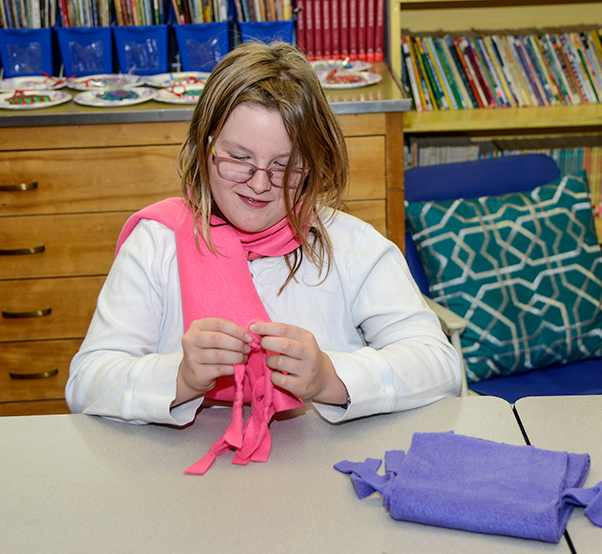 Fourth grade students in Elizabeth Davis’ class at Branch Elementary School decorated Christmas cards and tied the fringe in fleece scarves to donate to the homeless this holiday season.

“I had a parent approach me about donating to charity and I thought it was a great idea to get my kids involved,” said Davis, who has been teaching elementary school for 11 years. “It made me very proud of Sean, and their family and I were really excited that they included us in it.”
Each year the student organizer’s family collects donations at their family holiday party in lieu of a gift exchange. Between the party and the donations from Davis’ class, there were 150 scarves, 60 pairs of gloves and 23 hats delivered to the Lancaster Community Shelter Dec. 18.
Davis hopes to continue the project next year and maybe even extend it to the entire fourth grade.
“It gave us an opportunity as a class to discuss the importance of family traditions, giving to others and getting involved,” said Davis. “The natural tendency is to keep things. It’s a very good lesson to be learned that we’re giving to those in need.” 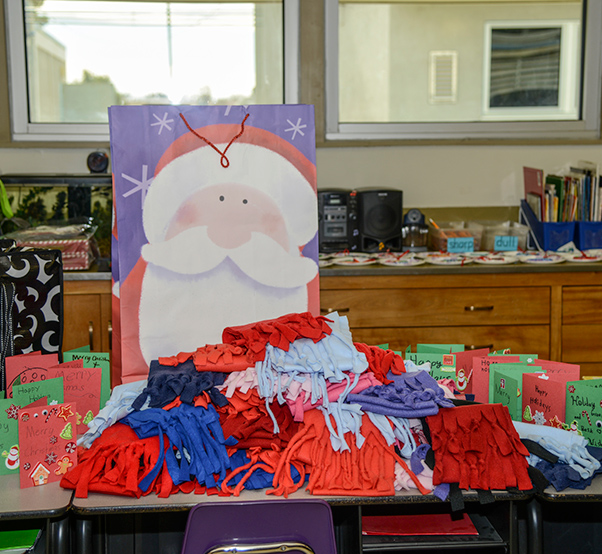 Finished scarves and Christmas cards wait to be delivered to a Lancaster, Calif., homeless shelter.