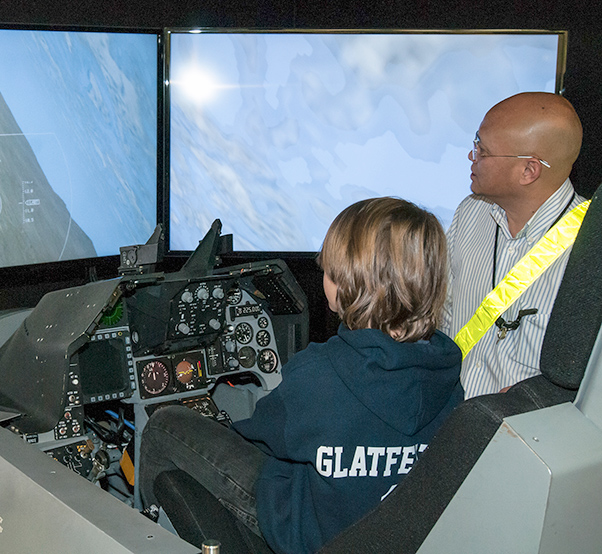 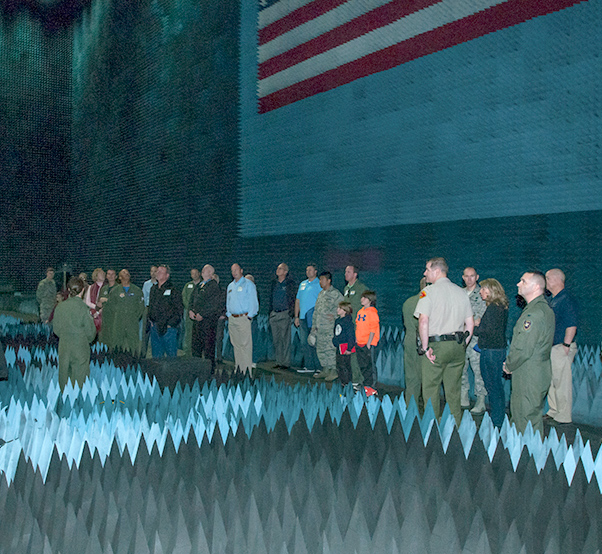 Edwards AFB Honorary Commanders and their guests stand in the Benefield Anechoic Facility surrounded by the radiation absorbent materials that keep unwanted radio frequencies out and keep radio frequencies generated from within the BAF from leaking out.

The Edwards AFB Honorary Commanders tour Jan. 22 was all about the 412th Electronic Warfare Group.
In the last tour of the 412th Mission Support Group, the HCCs were taken through a mock deployment to “Deployedistan.” This tour continued in the theme simulating that they had arrived in Deployedistan and received their assignments as pilots.
They started the day with a mock mission briefing. The tour attendees were split up into four flights, each led by a volunteer flight commander. The flight commanders left the room briefly to dress up in flight suits and aviator sunglasses before re-entering the briefing to “Top Gun” music.
Each of the four flights was assigned an aircraft. The first three flights were paired with F-16s, one with no EW capabilities, one with a prototype EW system and one with EW capabilities.
The fourth flight received an F-35 Joint Strike Fighter.
Their mission for the duration of the tour was to “penetrate enemy airspace and knockout a terrorist command center.”
“We created a map that laid out all of the threats in the vicinity of the enemy command center; surface-to-air missiles, anti-aircraft vehicles, etc.; then sent them on their way to continue the tour of our compound,” said 2nd Lt. Derek Zima 412th EWG executive officer. 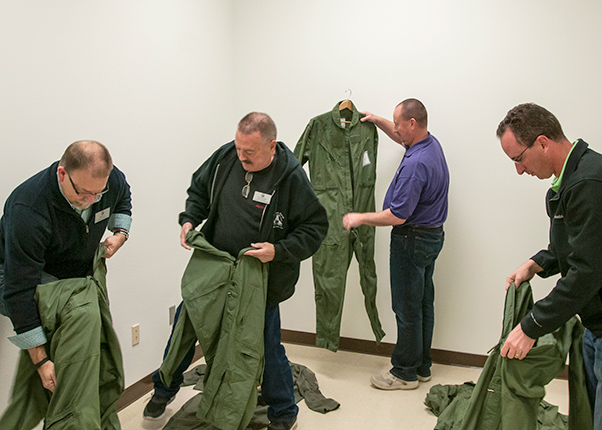 Volunteer flight commanders’ suit up for a simulated mission during the Honorary Commander’s tour Jan. 22. Afterwards they took a tour of the 412th Electronic Warfare Group facilities.

While half of them toured the Benefield Anechoic Facility, the other half toured the Integration Facility for Flight Avionics Systems Test (IFAST). In the IFAST, they got a chance to fly in their simulators. In the BAF they learned how it’s used for modeling and simulation of various aircraft by providing a virtual open-air range prior to real flight test.
According to Zima, as they went through the tour they were required to take no other action than keep the scenario they were assigned in mind.
After both groups had a chance to see both facilities they rejoined for a simulated mission debrief where they received the results of their mission.
The first flight was found ineffective in combat because of its lack of electronic warfare capabilities. The second flight did better, but ultimately had to abort the mission due to an unexpected system error because the system had not been tested. The third group performed well because it had jamming capabilities, but was not able to completely destroy the enemy headquarters.
The fourth flight, assigned the F-35, was able to successfully take out the target. 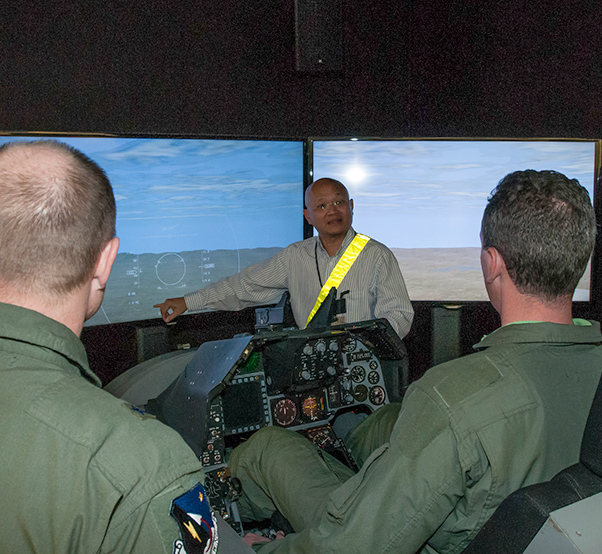 Tour attendees got the chance to try out simulators in the Integration Facility for Flight Avionics Systems Test (IFAST) during an honorary commanders’ tour Jan. 22.

Mock data was used to show how each flight performed during the mission. It was designed to drive home that “electronic warfare matters, testing matters and stealth matters.”
The next stop on their tour took them to the Joint Strike Fighter Combined Test Force where they listened to an F-35 plane-side briefing focused on electronic warfare and stealth technology.
“We wanted to give them some top-level perspective on how important EW is to the warfighter using a realistic scenario,” said Zima.
The Honorary Commanders Program pairs community leaders with Air Force commanders at Edwards AFB to foster a better working relationship between Edwards and the neighboring communities. The honorary commanders are invited on base several times throughout the year to experience some of what the base has to offer. In turn, HCCs may invite their commander to experience what the local community has to offer. 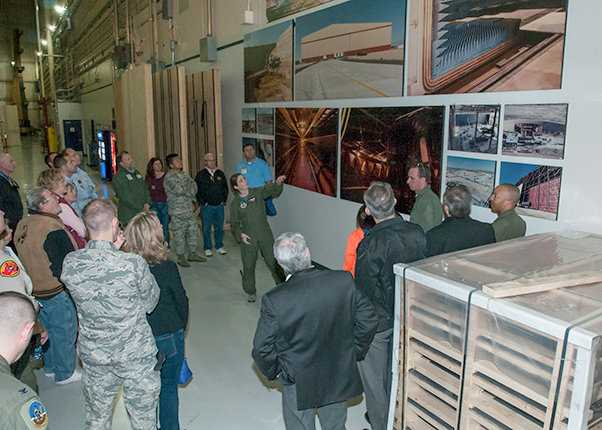 The Honorary Commanders tour Jan. 22 was all about the 412th Electronic Warfare Group with tours of the Benefield Anechoic Facility and Integration Facility for Flight Avionics Systems Test.