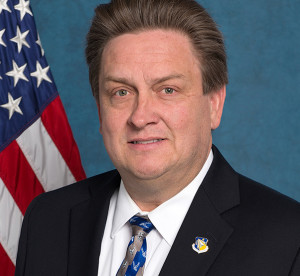 Michael Huggins is the new chief engineer and technical engineering authority for the Aerospace Directorate for Air Force Research Laboratory at Wright-Patterson AFB, Ohio. The directorate chief engineer position was transferred to Edwards AFB and Huggins will divide his time in offices at both locations.

The U.S. Air Force Research Laboratory saw a change in leadership in recent months.
Michael Huggins took on the role of chief engineer and technical engineering authority for the Aerospace Directorate for AFRL at Wright-Patterson AFB, Ohio, and Dr. Shawn Phillips became the chief of the Rocket Propulsion Division and site director for AFRL at Edwards AFB.
Phillips oversees all research, development and testing at the $2.5B AFRL Rocket Lab on Edwards AFB, encompassing over 65 square miles, 19 major rocket test stands, more than 450 personnel and 136 buildings. He has over 17 years of government service at the AFRL Rocket Lab. He also holds 10 patents and more than 38 publications in technology and applied technology fields.
Huggins is responsible for providing technical counsel to the director on systems engineering and programmatic matters. He leads “systems of systems” concept developments across the directorate’s divisions and outside agencies for various air and space platforms. He develops and implements systems engineering processes and practices across the directorate. He also serves as the directorate focal point for international partner engineering collaborations. The directorate chief engineer position was transferred to Edwards AFB and Huggins will divide his time in offices at both locations. 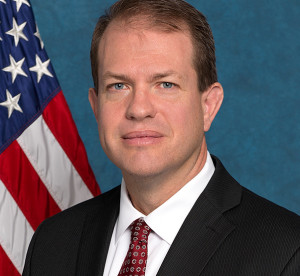 Dr. Shawn Phillips is the chief of the Rocket Propulsion Division and site director for Air Force Research Laboratory at Edwards AFB.