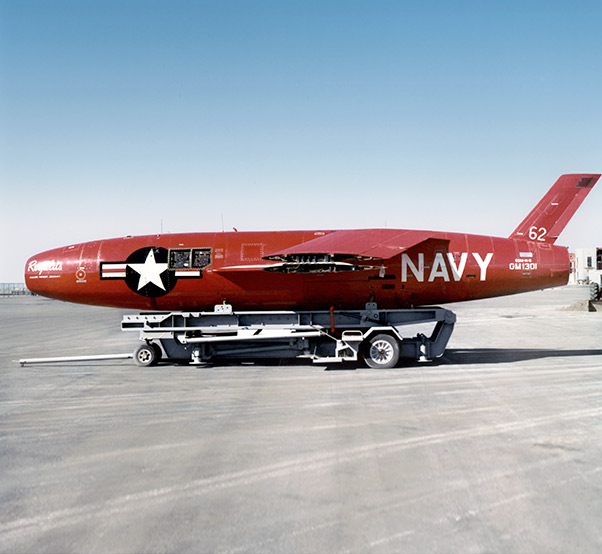 March 29, 1951 — The first successful flight of the Regulus I Navy tactical cruise missile took place. The test missile, the FTV-2, took off from the lakebed under its internal power and was guided in flight by radio signals from a Lockheed TV-2D director aircraft. After performing various maneuvers, the missile was guided to a safe landing on one of the lakebed runways.