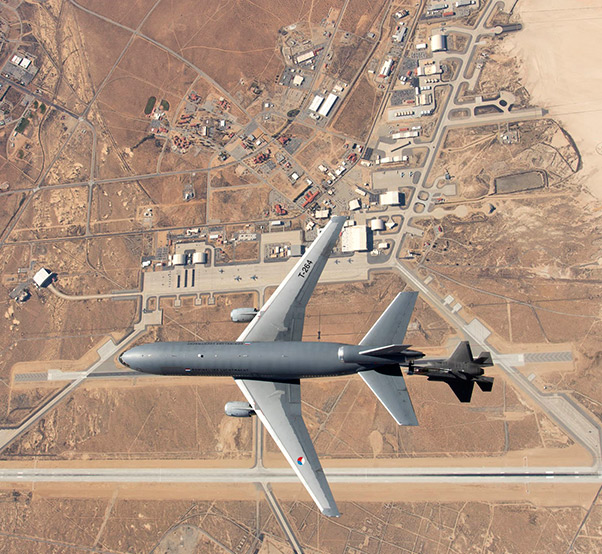 A Royal Netherlands Air Force KDC-10 from RNLAF 334 Squadron connects with a RNLAF F-35 Joint Strike Fighter over Edwards Air Force Base March 31. The tanker and fifth-generation fighter took to the skies over Edwards and California to certify the KDC-10’s ability to conduct aerial refueling with the F-35. It was the first time an F-35 refueled with the RNLAF tanker. The first Dutch F-35 unit, 323 Test and Evaluation Squadron, is currently undertaking operational test and evaluation at Edwards as part of the Joint Operational Test Team. 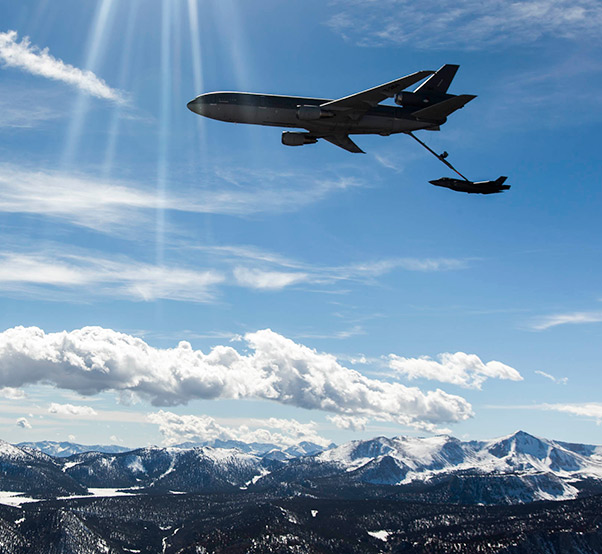 A Royal Netherlands Air Force KDC-10 tanker from RNLAF 334 Squadron refuels a RNLAF F-35 Joint Strike Fighter over the Sierra Nevada mountain range March 31. This is the first time an F-35 made contact with a Dutch aerial refueler in an effort to certify the tanker for all F-35A users. The fifth-generation fighter is from the RNLAF’s 323rd Squadron, which conducts operational test and evaluation together with the United States, United Kingdom and Australia here at Edwards.