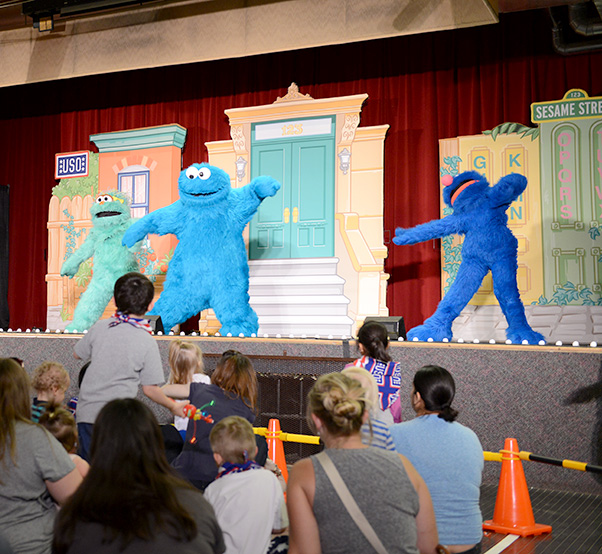 The show was brought to Edwards by Sesame Street/USO Experience for Military Families, which is scheduled to perform more than 160 shows at 50 military bases in the U.S. through October. 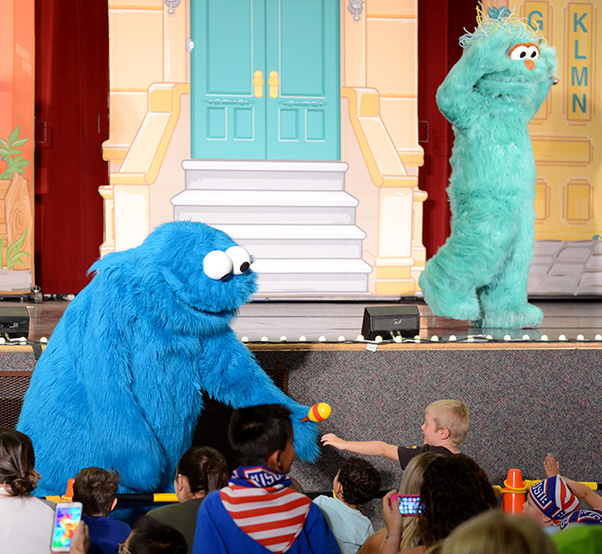 Cookie Monster left the stage to interact with the crowd during the Sesame Street/USO Experience show June 14, 2016, at the Oasis Community Center.

The Sesame Street/USO Experience for Military Families made its debut in July 2008 and has taken its message to more than half a million troops and military families around the world.