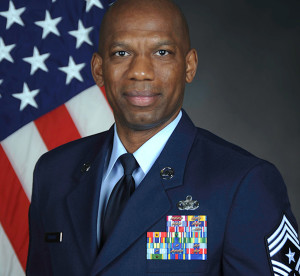 Simmons hails from Hardeeville, S.C., and is a 21-year security forces defender.

He will serve as the top enlisted adviser to Brig. Gen. Carl Schaefer, 412th Test Wing commander, on matters regarding the Edwards enlisted force. Simmons entered the Air Force in September 1994.

As command chief, Simmons is the principal adviser to the commander on matters concerning morale, welfare, discipline, training, fitness and effective utilization of the wing’s force of military, civilian, contractor personnel and their families.