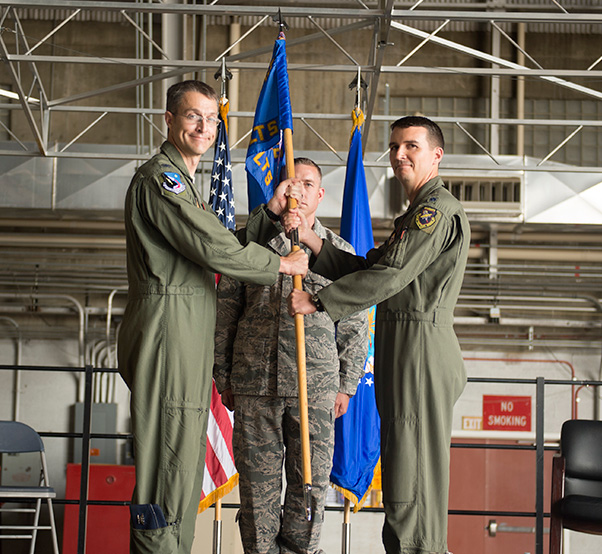 Col. Scott Cain (left), 412th Operations Group commander, passes the 419th Flight Test Squadron guidon to Lt. Col. Miles Middleton during a change of command ceremony June 10, 2016, at Edwards Air Force Base, Calif. Middleton assumed command of the 419th FLTS, which encompasses the Global Power Bomber Combined Test Force. As 419th FLTS commander, Middleton will oversee the developmental test and evaluation of B-1, B-2 and B-52 bomber aircraft to include maintenance, flight test engineering and flight test operations. Middleton is a graduate from the U.S. Air Force Test Pilot School (Class 05B). He is a command pilot with more than 2,300 hours in 30-plus types of aircraft.