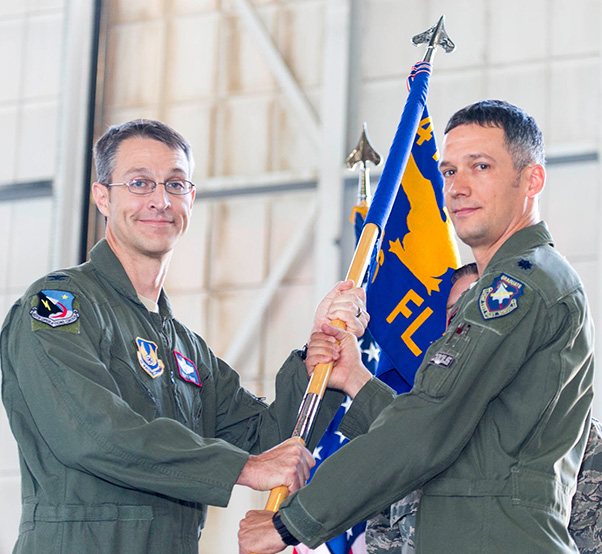 Keithley comes to the 416th just down the road from the 461st Flight Test Squadron where he served as director of operations. He is a senior pilot with more than 2,000 flight hours in 35 different types of aircraft. Keithley is also a distinguished graduate of the U.S. Air Force Test Pilot School here.

The 416th FLTS oversees developmental test and evaluation at Edwards AFB for the F-16 Fighting Falcon. The squadron conducts program management, flight operations and test engineering for the Global Power Combined Test Force, overseeing the continuous modernization of the F-16. Additionally, the 416th FLTS provides training for other squadrons around the Air Force in high angle of attack departure recognition, avoidance and recoveries.