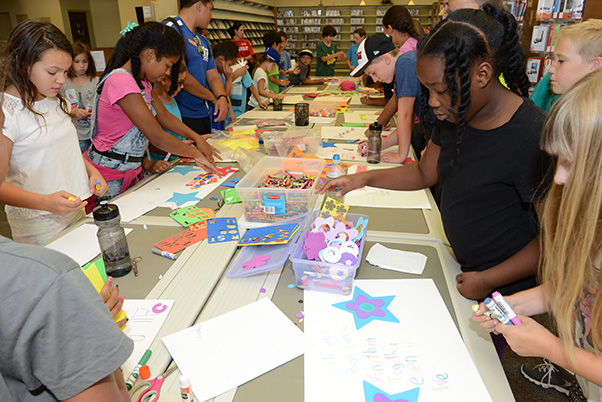 On Aug. 26, 1920, the 19th Amendment to the Constitution was ratified enabling all American women to the rights and responsibilities of citizenship.

Edwards Air Force Base in California is celebrating this milestone through a series of community events in July and August leading up to Women’s Equality Day Aug. 26.

The gathering began by a brief introduction to women’s voting rights through children’s illustration books such as “Today on Election Day” by Catherine Stier, and followed with an invitation to join in on a contest to create a poster symbolizing what women’s rights mean to them.

Upcoming events include a booth where the posters will be on display at the Exchange July 29 to promote awareness to the community and to sell tickets for the Women’s Equality Day Test Wing Luncheon.