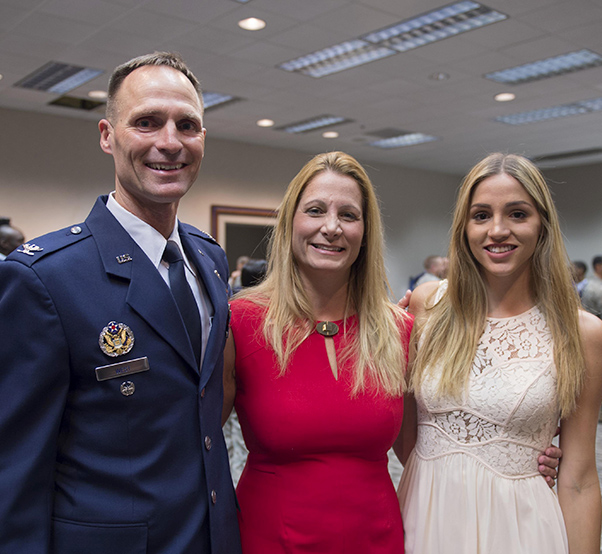 Col. Norman West poses for a photograph with his wife, Michelle, and one of his daughters, Allie, following a change of command ceremony held at the Airman and Family Readiness Center Aug. 26, 2016, at Edwards Air Force Base, Calif. West takes over the 412th Medical Group from Col. Karen Cox-Dean who had been in command of the Desert Medics for more than two years. West comes to Edwards from Washington, D.C., where he just graduated from the National War College. Before that he was deputy commander of the 96th Medical Group at Eglin Air Force Base, Fla. West will command three squadrons: 412th Medical Operations Squadron, 412th Medical Support and 412th Aerospace Medicine.