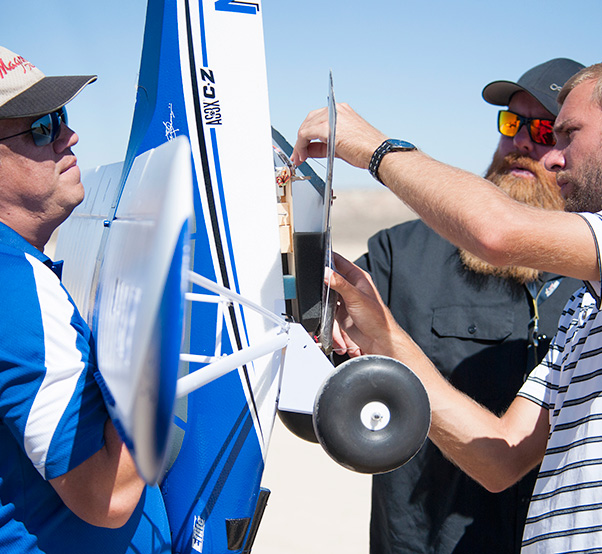 Derek Abramson, from left, Justin Hall, and Alexander Flock position the Prandtl-M glider aircraft onto the Carbon Cub that drops it from 500 feet altitude.

Some interns get coffee. Others might make copies. Not at NASA Armstrong Flight Research Center in California, where a group of students successfully flew a prototype of an aircraft that could one day fly in the Martian atmosphere and send its findings back to Earth.

Called the Preliminary Research Aerodynamic Design to Land on Mars, or Prandtl-M, the small, remotely piloted glider aircraft flew Aug. 11 at Armstrong. It continues an effort that began last year with a mostly different group of students.

“The first successful flights felt like a huge relief,” said John Bodylski, a mechanical engineering student at Irvine Valley College in California. “While we still plan to perfect the design, it is a pretty exciting feeling to realize that the aircraft is working. At first I didn’t believe it and had to rewatch the footage from the flight.”

Bodylski is participating in a NASA student program aimed at developing skills learned at school and applying those abilities to a research challenge. The NASA Flight Scholars activity, which focuses on giving community college students an early opportunity to perform research, and the Education Unmanned Aerial Systems activity, which provides college students an opportunity to work on NASA UAS projects, are key components of the Prandtl-M team. 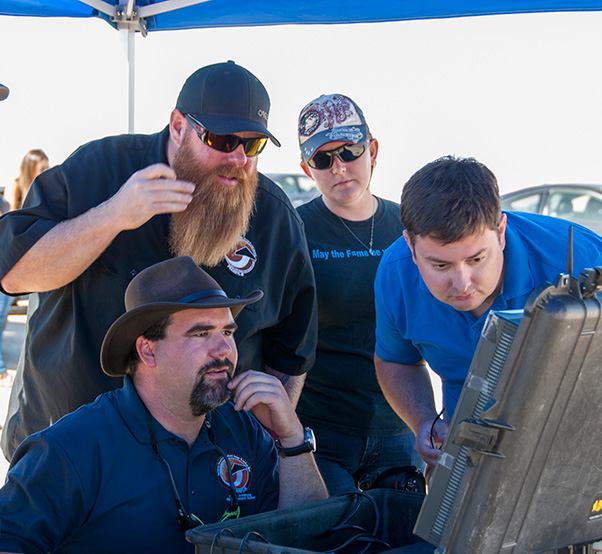 Bodylski worked on how to track the Prandtl-M last summer from Irvine, but this year he was accepted to come to Armstrong with the added responsibility of onboard avionics.

“Being at Armstrong this year has allowed for me to take advantage of the engineering knowledge and fabrication abilities of the center,” he added. “Work at Armstrong is faster paced than working from a school and allows for designs to be created and tested in a more rapid fashion.”

Those are some of the concepts of the program, said Dave Berger, a key driver and manager of the two Education activities.

“What we like about small prototypes and this student program is this is real research, real cutting edge technology development,” he explained. “They can work on all the major areas of aerospace engineering, such as controls, aerodynamics, structures and instrumentation encapsulated in one project. The program is small enough that we can design and fabricate very fast and we can try something that no one has ever done before. It might not be successful the first time, or the second time.”

Inspiring and exciting students, while developing a talent pool for NASA and the aerospace industry, are key to science, technology, engineering and mathematics (STEM) education that is a goal of the agency. 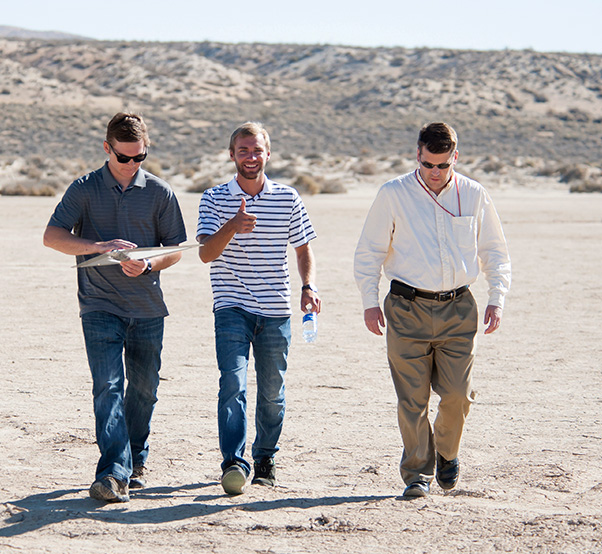 “Students can see the path to a technical, or engineering career path,” Berger added.

That was the case with the Prandtl-M. It was through repeated challenge and learning that the successful aircraft flew.

Caitlin Kennedy, an undergraduate intern studying physics and astronomy from the University of Wyoming, said the Prandtl-M work has been a one-of-a-kind experience.

“When I came here I had no idea what operations engineers did,” Kennedy said. “I absolutely love it because I had an overview and I was involved in every step of the project. It takes a while to get ready for a flight and we learn something from every flight.”

As an example, she explained how rooftop flights of six or seven Prandtl-M vehicle shapes where tested to determine which shape would be dropped from a Carbon Cub aircraft. Once a shape was decided, servos were added to control the ailerons. 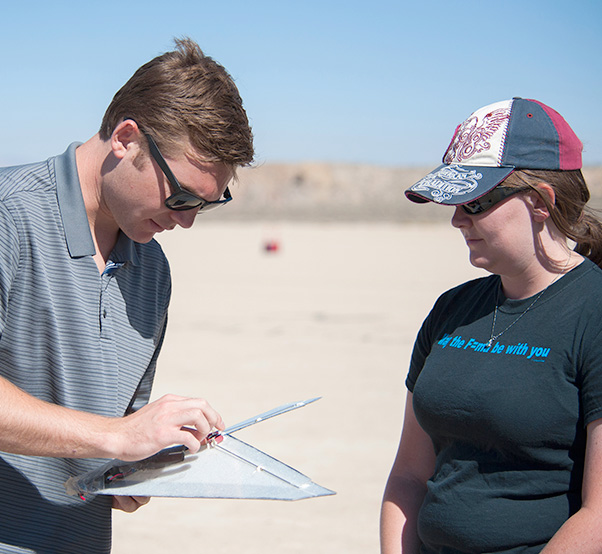 Emerson Baker and Caitlin Kennedy check out the Prandtl-M before a test flight.

For Emerson Baker, who is studying aerospace engineering at California State Polytechnic University in California, the processes of manufacturing a carbon-fiber prototype vehicle and learning about the failures and success of a flight project were exciting.

“They went through the whole process of manufacturing a carbon fiber vehicle and a lot of the R/C (remote control) aircraft testing. Prandtl-M had a number of rough flights before this one. There are so many positive people working on the project that when something didn’t go well, we would laugh about it and try something new that now is working.”

Some students have had their career paths altered by the program already.

“I was planning to be a teacher and changed my mind once I had an internship here and found out how fun engineering could be,” said Kirsten Fogg, who was an intern and now is an Armstrong operations engineer. “I am also currently in a master’s program for engineering.”

The designs began last summer with students flying a number of different hand-held carbon aircrafts down the halls at the NASA center to more involved carbon fiber molds. Before the successful test flight, the student crew and their mentors devised a steel construction launcher and tested six different flight vehicle shapes to determine which worked best and use the design for the next flight vehicle. 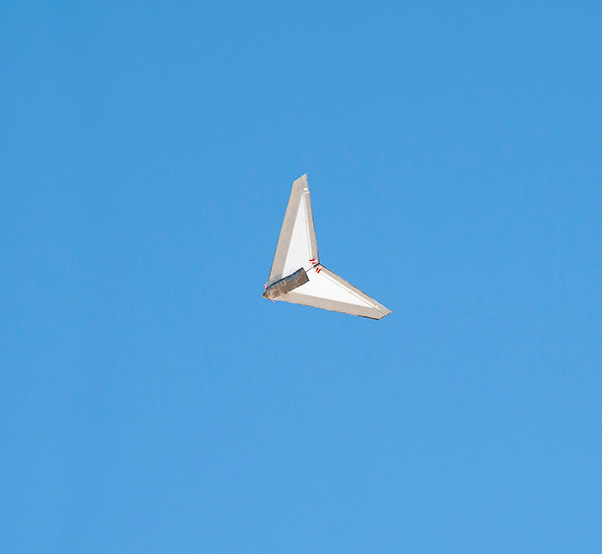 The Preliminary Research Aerodynamic Design to Land on Mars, or Prandtl-M, flies during a test flight. Students during the past two summers worked on the concept leading to successful flights.

“We could give them the answers, but we give them the room to make their own discoveries and their own mistakes,” said Robert “Red” Jensen, who is the Small Unmanned Aircraft Systems chief pilot and master technician for the Dale Reed Subscale Flight Research Lab.

The next steps will be to continue development and integration of the airframe and autonomous systems and meeting the challenges that happen when such systems are incorporated, he added.

With hard work and perseverance, the students believe the Prandtl-M and its systems they helped develop and validate will one day fly the skies of Mars.