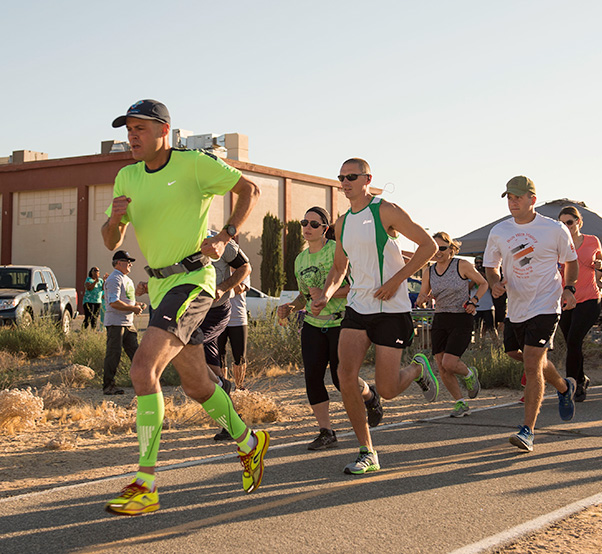 Dozens of Team Edwards members got up bright and early Sept. 7 to get some exercise and raise awareness of the Air Force Green Dot program. The 5K fun run/walk began at the Rosburg Fitness Center and continued onto the fitness center’s running trail. Green Dot is a violence prevention initiative with a goal of reducing power-based personal violence, specifically stalking, sexual abuse and partner/domestic assault in the Air Force communities. Prizes were given out to the top finishers along with T-shirts for the runners. The Air Force contracted the non-profit Green Dot organization to provide violence prevention tools to the total Air Force over the next three years. The Green Dot itself represents one person’s small action to prevent interpersonal violence, such as intervening when witnessing a potential act of violence, or simply displaying an awareness poster somewhere.