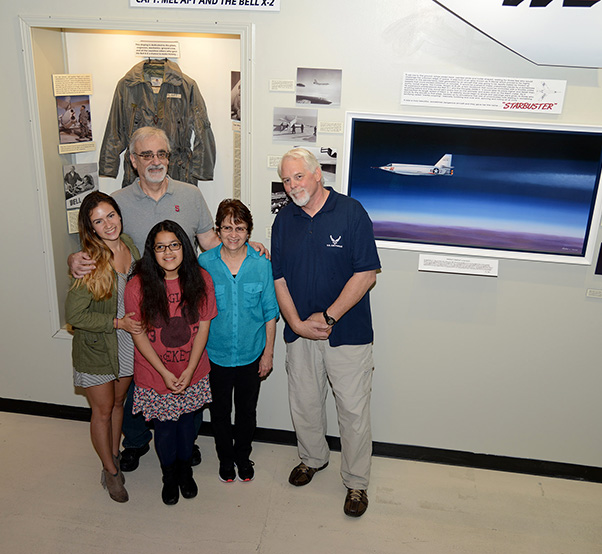 Lorrie Epling (center), daughter of test pilot Milburn G. “Mel” Apt, and her family, daughters Rachel (left) and Brisley and husband Michael, pose with museum specialist Tony Moore in front of the newly-unveiled display of Apt and Bell X-2 at the Air Force Flight Test Museum Sept. 16, 2016. Apt was a U.S. test pilot, and the first man to attain speeds faster than Mach 3. He was killed in the destruction of the Bell X-2 during the record-setting flight that exceeded Mach 3 on Sept. 27, 1956. Moore designed and constructed the X-2 display.