After a neatly 2,000 mile trip, the seven-truck convoy enters the Rogers Dry Lake east shore for its last leg to the Flight Test Museum Restoration Hangar. The fuselage was moved as a single piece minus the tail feathers.

The Edwards Air Force Flight Test Museum recently completed the first phase of a multiple phase effort to save and restore the world’s oldest B-47 medium jet bomber.

The B-47 was the first swept-winged jet bomber built in quantity for any air force, and was the mainstay of the medium-bombing strength of the Strategic Air Command throughout the 1950s.

It represented a milestone in aviation history and a revolution in aircraft design. Every swept wing jet aircraft has its roots in this design — a moderately swept thin wing with externally mounted jet engines. To quote Mike Lombardi, Director of Boeing Archives, “It is the most significant Boeing aircraft in existence.”

A total of 2042 B-47 Stratojets were built, making the B-47 program the largest American bomber project since the end of the Second World War.
The B-47 recovered and returned to Edwards is the second prototype, designated the XB-47. 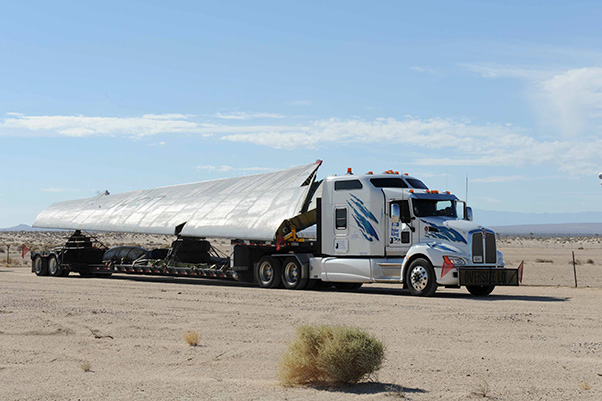 The wing, due to its 116 foot span, had to be cut and was shipped in two sections. This was perhaps the most demanding engineering task as the wing now will have to be spliced back together, a task that Worldwide Aircraft Recovery has done numerous times.

It was recovered from the now closed Octave Chanute Air Museum (the old Chanute AFB) in Rantoul, Ill. It was built to verify the aerodynamics and performance of this very advanced design. As such it did not carry the avionics and systems required to represent a production bomber and remained at test aircraft thru it entire life.

This XB-47, serial number 46-066, flew for the first time July 21, 1948, and was formally accepted by the Air Force on Sept. 3, 1948, making it the oldest B-47 in existence. After participating in several test programs at the Boeing test facility at Moses Lake and Edwards AFB until 1954 when it was retired and assigned to Chanute AFB as a training aid for future B-47 maintainers.

The fuselage finally arrives at the museum restoration hangar. It will be offloaded and the wings and tail feathers will be mated before restoration work begins.

The saving of this historical aircraft was made possible by a very generous grant from Boeing. Without Boeing’s support it is mostly likely that the aircraft would have been scraped as the cost of move such a large aircraft is prohibitive. Worldwide Aircraft Recovery, located in Bellevue, Neb., disassembled, transported and is in the process of reassembling this prized aircraft for the museum. Restoration by the very skilled and dedicated museum restoration team will commence immediately after the reassemble.

The museum still needs funds to prepare XB-47 for display. Private funds must be used to support this effort. You may contribute to this effort by making a donation thru their web site http://afftcmuseum.org/campaigns/save-restore-xb-47-stratojet-65-066/. With your help, we will achieve our goal of preserving this truly historic aircraft for future generations.

Editor’s note: William J. Simone is a member of the Board of Directors of the Flight Test Historical Foundation. 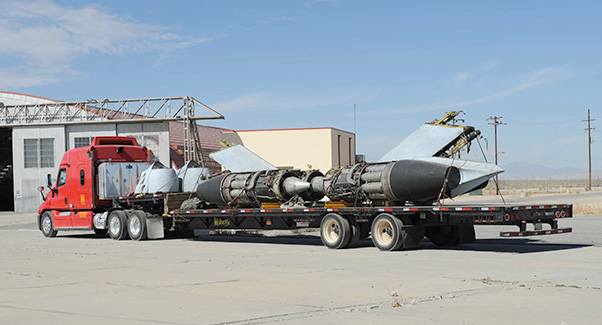 The 6 engines and engine nacelles required two trucks. Each J47-11 engine appears to be complete. 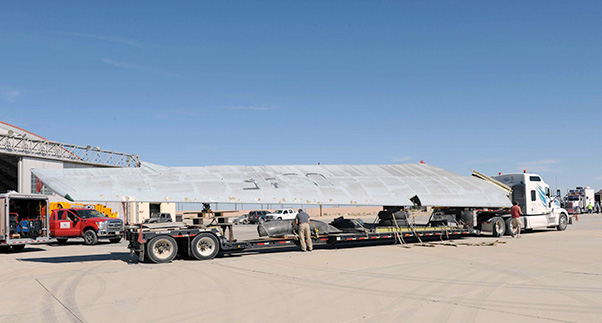 The right wing was transported separately from the left wing. This view shows the very large load that required special permits and routes to travel from Rantoul, Ill., to Edwards Air Force Base, Calif. 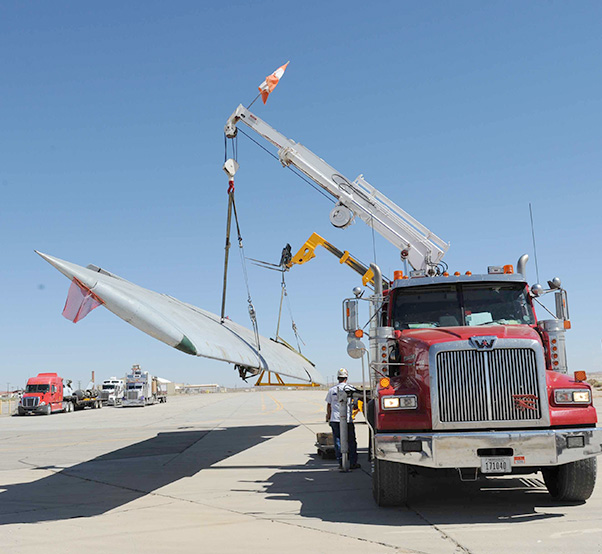 The right wing is offloaded and lower into position for mating with the left wing. The process to offload and jig the wing took about one hour. Final adjustments will still be required prior to bolting the wing together and mating it to the fuselage. 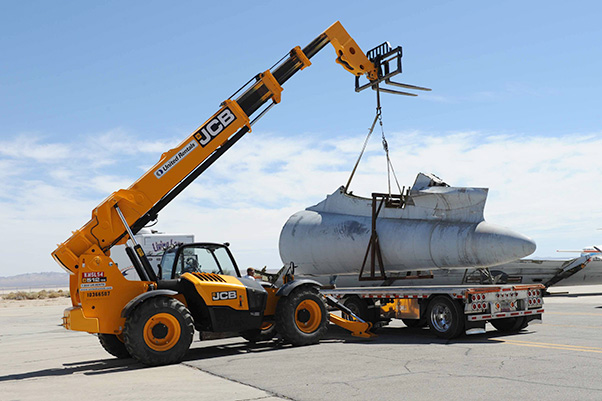 The aft fuselage about to be offloaded. It appears to be in good shape despite being in the Illinois weather for more than 50 years. 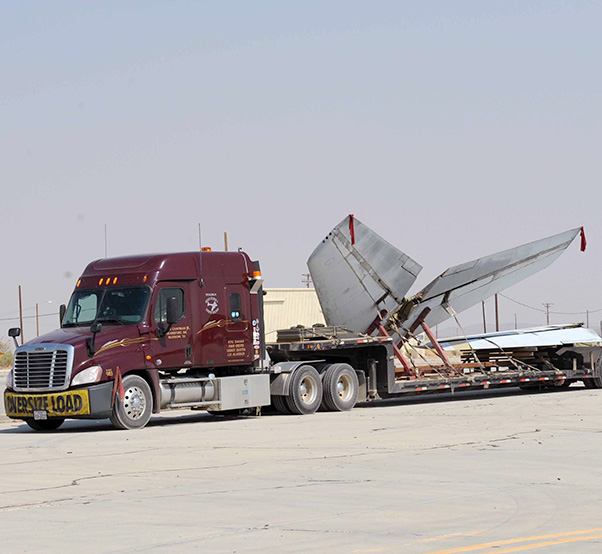