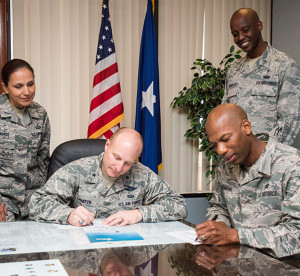 The CFC is the world’s largest and most successful annual workplace charity campaign, where pledges made by military, federal and postal employees can support eligible nonprofit organizations that provide health and human service benefits throughout the world. Federal workers, retirees and government contractors are also eligible to donate to the CFC.

On the pledge forms, people can make a one-time donation by check or cash, or set up payroll deductions.

Donations can also be made through MyPay.