The LLRV is a bedstead-shaped vertical takeoff and landing testbed that pilots used to practice lunar landings for NASA’s Apollo program.
Armstrong’s LLRV, the second of two LLRVs constructed, was delivered to the center in 1964.

The aluminum-alloy-framed vehicle is built around a central vertical jet engine that simulates a lunar lander’s descent rocket engine. The LLRV once included rocket-powered control thrusters and an ejection seat. 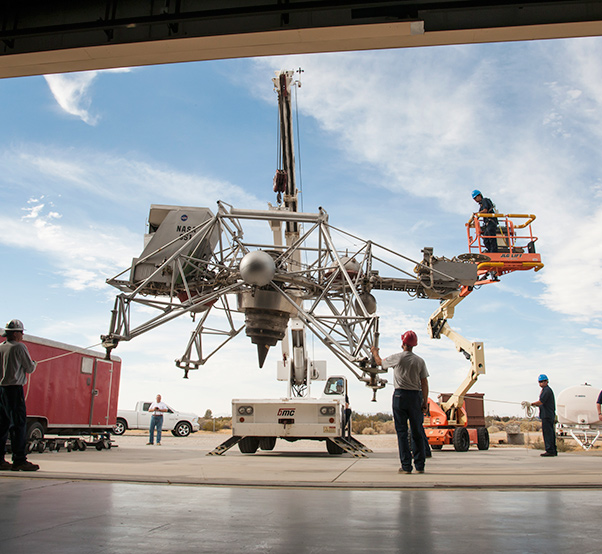 Workers move the Lunar Landing Research Vehicle, or LLRV, into the Edwards Air Force Base Flight Test Museum in California for temporary display.

The LLRV’s controls and cockpit configuration were modified to match the three Lunar Landing Training Vehicles, or LLTVs, which were newer vehicles that incorporated design changes enabled by LLRV flight data. By the Apollo program’s conclusion, one LLRV and two LLTVs had crashed, leaving Armstrong’s LLRV as the sole survivor of its type.

NASA used the Space Shuttle program’s Crew Transport Vehicle, or CTV, to transfer astronauts from shuttle orbiters to Armstrong’s medical facilities when they landed at Edwards Air Force Base.

Flight surgeons performed basic medical checkups on astronauts inside the CTV. The vehicle, acquired in 1990, is a former people mover from Dulles Airport in Virginia. The mover’s interior was modified to accomplish its role as a mobile medical facility. 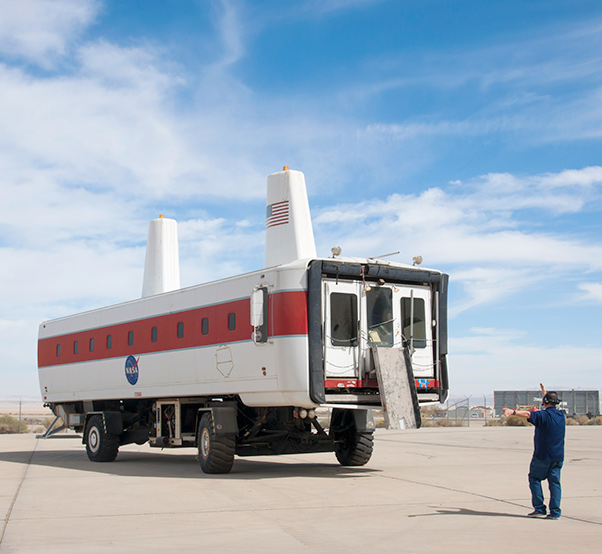 Workers drive the space shuttle Crew Transport Vehicle, or CTV, to the Edwards Air Force Base Flight Test Museum in California for display.