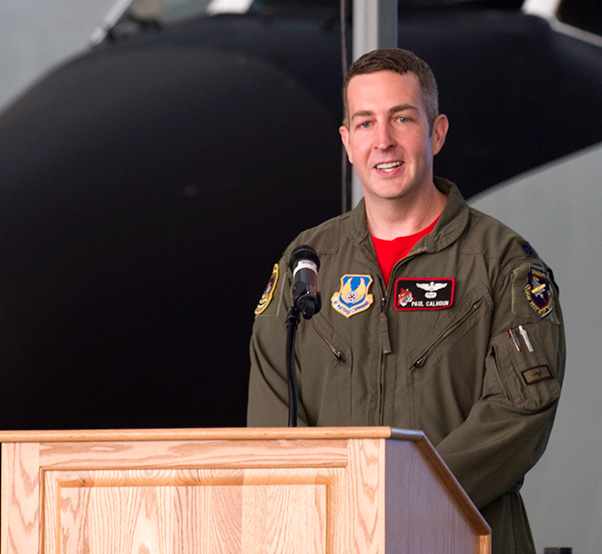 Lt. Col. Paul Calhoun addresses the workforce of the 418th Flight Test Squadron at Edwards Air Force Base, Calif., Dec. 2, 2016, after assuming command during a ceremony in Hangar 1623. Calhoun is a U.S. Air Force Test Pilot School graduate who returns to Edwards from an assignment at Defense Advanced Research Projects Agency, the DOD agency responsible for the development of emerging technologies for use by the military. Calhoun takes over from Lt. Col. Eric Bippert who moves on to the 412th Operations Group. The 418th FLTS performs flight testing on the C-5, C-17, KC-10, KC-46, KC-135, and partner-nation airlift and air refueling aircraft.