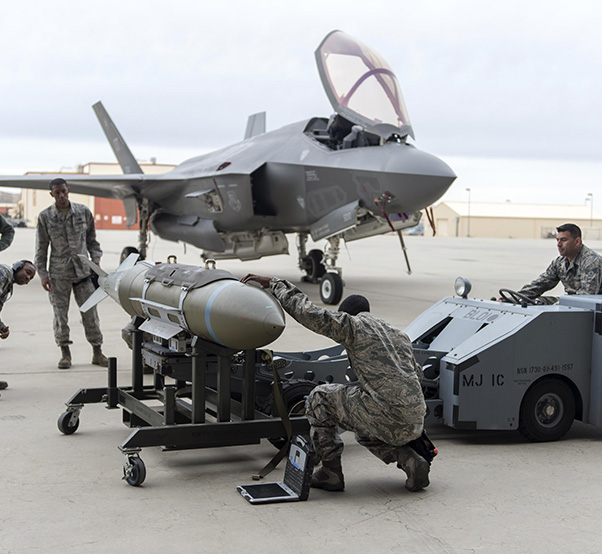 The “Pirates” from the 31st Test and Evaluation Squadron are the winners of the 4th Quarter Weapons Load Competition held Jan. 3 and hosted by the 412th Maintenance Group, at Edwards Air Force Base, Calif.

The competition took place on the north side of Hangar 1600.

The teams were graded on their procedures and precision while loading a Joint Direct Attack Munition on their assigned fighter jets. The Pirates and Lightning teams loaded the guided bomb into the internal weapons bay of an F-35 Joint Strike Fighter. The Raptor team loaded a GBU-32 into the main weapons bay of an F-22 and the Falcon team loaded a GBU-31 onto the wing of an F-16 Fighting Falcon. 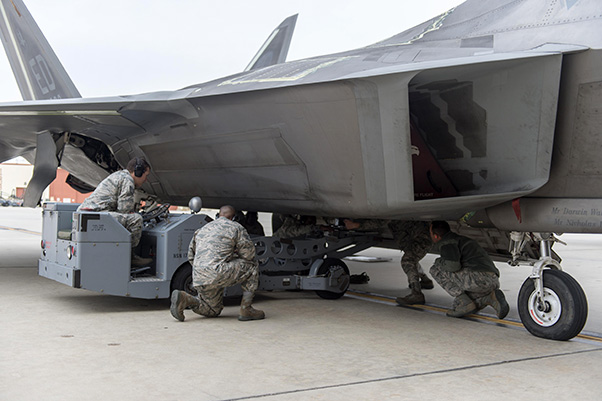 The load crew competition showcased the efficiency of load crew teams to safely and reliably arm a fighter jet within time constraints. The ability to quickly and safely load an aircraft with munitions is integral to provide combat-ready jets to combatant commanders.

The competition tested the Airmen with a uniform inspection, tool box inspection, a written test on loading operations and safety, and their skill to load munitions in a safe, reliable, and timely manner. 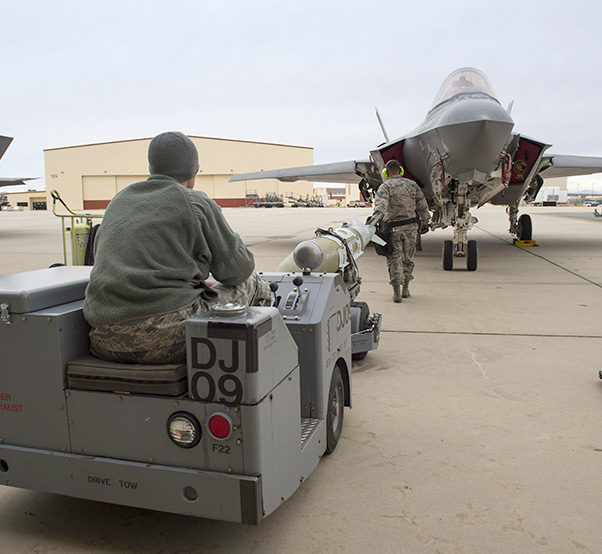