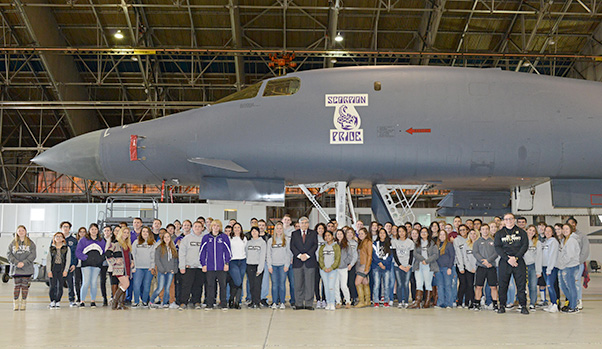 Mike Machat, aviation artist (center), poses for a photo with Desert Junior-Senior High School seniors Jan. 19, 2017, in Hangar 1210. The school’s Class of 2017 was invited out to see the nose art painted on a B-1B Lancer in honor of the base high school. Students took class and yearbook photos in front of the bomber.

Desert Junior-Senior High School’s Class of 2017 received an early graduation gift as they were presented with a professionally painted DHS Scorpions logo on the side of a B-1B Lancer Jan. 19, 2017.

About 90 seniors came to Hangar 1210 at Edwards Air Force Base, Calif., to see the finished project and pose for class photos with the bomber.

The event came about as the 419th Flight Test Squadron and 912th Aircraft Maintenance Squadron have close ties with DHS.

“Many people within the squadrons have children that attend Desert High and most are involved in various sports,” said Master Sgt. David Peralta, 912th AMU superintendent. “We often coordinate our unit members to volunteer at school sporting events, organize aircraft tours for students, and those students volunteer at our unit functions.”

Peralta said Fred Kondrotas, 412th Maintenance Squadron logistician, has been maintaining bombers at Edwards since 1976 and has been a large part of the mutual support of the school and the 412th MXG over the years.

“This was all his idea. He collaborated with Col. Todd Copeland (Air Force Test Center vice commander) and his wife, Debbie, who is a learning director at the school, to advance Mr. Kondrotas’s idea of adding the Desert High logo to one of our aircraft. The B-1 was an easy choice, as it is the clear favorite of the students when they tour our bombers,” said Peralta.

Kondrotas, along with Jason Everetts, 412th Aircraft Maintenance Squadron, authored the required paperwork and routed it up to 412th Test Wing leadership where it was approved. 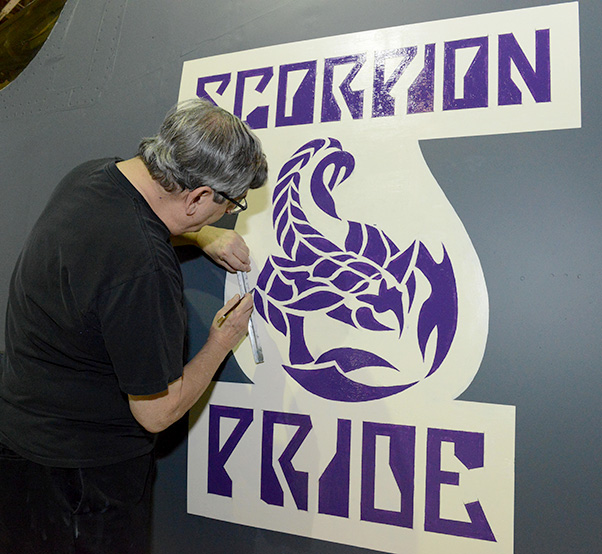 “A friend of Fred Kondrotas contacted me and asked if I’d be interested in painting nose art on another B-1B at Edwards,” said Mike Machat, a renowned aviation artist who has dozens of works displayed on Edwards alone. “When it was explained to me that this aircraft was to be painted to honor the Desert High School at Edwards, I jumped at the chance.”

“I’ve been honored to have produced nearly 30 Edwards-related artworks since 1978. My favorites are the ‘Golden Age of Flight Test’ mural at the Air Force Flight Test Museum and the 50th Anniversary painting of the Bell X-1’s first supersonic flight.”

Machat’s most recent work is the 70th Anniversary commemorative painting for the U.S. Air Force Test Pilot School. He’s contributed dozens of paintings to the U.S. Air Force Documentary Art Program and currently has eight paintings on display in the Pentagon. He’s also produced two paintings for NASA and has four paintings in the permanent collection of the Smithsonian National Air and Space Museum in Washington D.C. 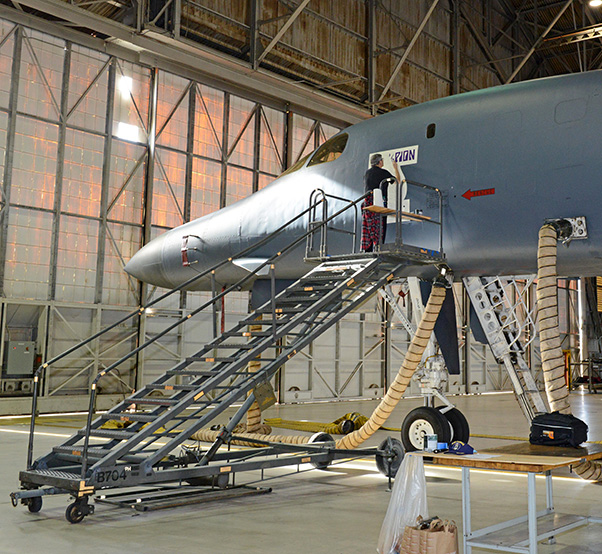 The B-1 Lancer was chosen to receive a Desert Junior-Senior High School logo as it is the favorite plane for the students when they visit the 419th Flight Test Squadron and 912th Aircraft Maintenance Unit for tours.

“While working as a staff artist for McDonnell Douglas, I designed nose art for the A-4M Skyhawk and KC-10 Extender. I’ve also been heavily involved in the Warbird community designing nose art and color schemes for the North American T-6 Texan, T-28 Trojan, and P-51 Mustang, Northrop’s T-38 Talon, the L-39 Albatross, and several Reno racers including a Hawker Sea Fury,” said Machat.

Peralta said another project is in the works to re-apply the “Tagboard Flyer” nose art to Edwards B-52 Stratofortress #0036, which was used for Project Tagboard in the 60s and is still in service to this day as one of the B-52 test beds here.

“I believe that most maintainers would agree that nose art and maintainer names on the planes enhance pride and ownership. It is a great way to honor Air Force history, and in these cases, Edwards history,” Peralta said. 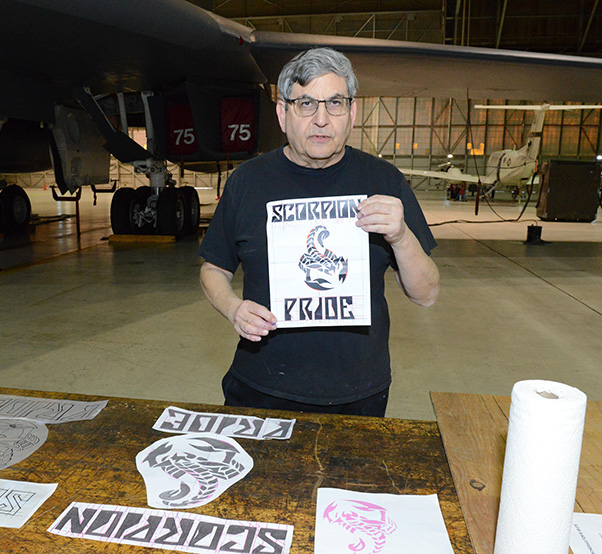 Mike Machat is a renowned aviation artist with dozens of paintings hanging on walls across Edwards Air Force Base, Calif., and throughout the Air Force, or as nose art on aircraft. 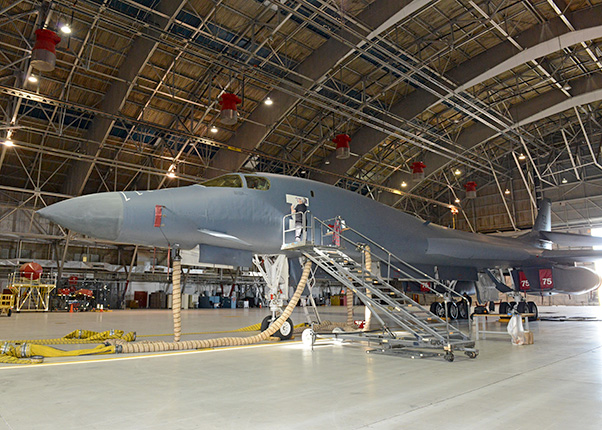 The B-1 Lancer was chosen to receive a Desert Junior-Senior High School logo as it is the favorite plane for the students when they visit the 419th Flight Test Squadron and 912th Aircraft Maintenance Unit for tours.