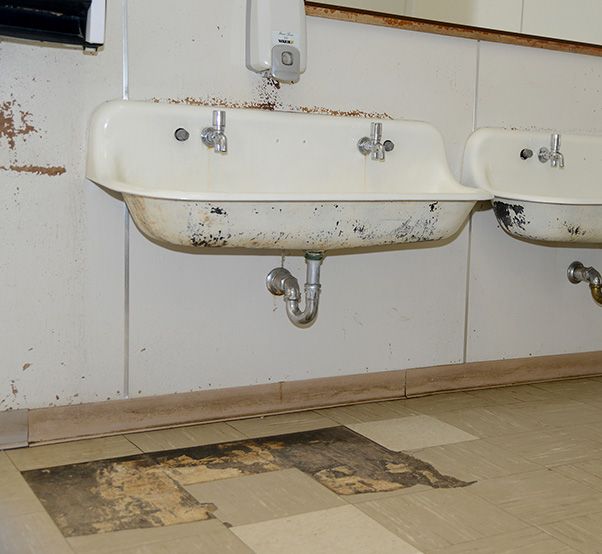 The future just got brighter for the schools at Edwards Air Force Base, Calif., thanks to a $63.5 million Department of Defense grant that was approved last week.

The grant will go to the Muroc Joint Unified School District, which oversees schools at Edwards. The amount is for $63,583,420 and will fund the first of two phases to modernize or replace school facilities on base.

“Our military families sacrifice a great deal to support our nation, so our school-age children and their educational facilities are one of my top family priorities,” said Brig. Gen. Carl Schaefer, 412th Test Wing commander. “This investment in our elementary school is a result of a great deal of hard work between the Muroc Joint Unified School District, congress, the Air Force and the Department of Defense.”

School district officials say they were informed that the director of the Office of Economic Adjustment signed the grant award and a formal letter notifying the district of the award has been received.

“The next step in the process is a kick-off meeting where OEA briefs the distinct on the requirements of the grant, the rules and laws that apply to the grant and general questions,” said Trevor Walker, MJUSD chief business officer. “With the grant being official, we will then be able to begin submitting reimbursement requests to OEA to reimburse us for funds we have already expended moving the projects forward.”

Both Desert Junior-Senior High School and Irving L. Branch Elementary were built in the 1950s and Bailey Elementary has been closed for several years.

Walker explained that the district already has a plan for what it wants to do with the aging schools. 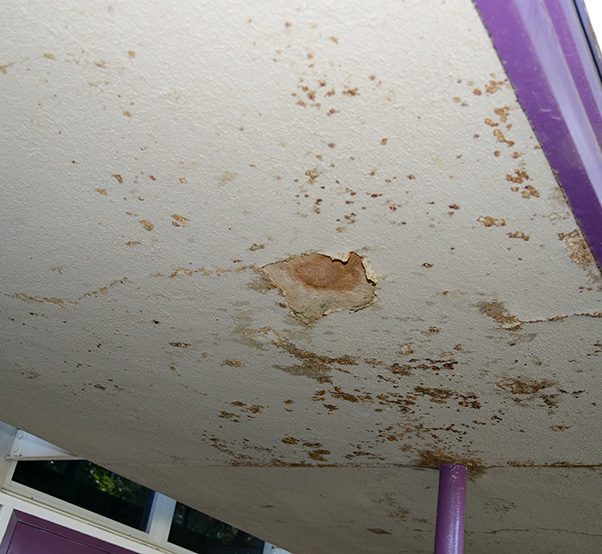 “The vision for the facility project will be to move the campuses closer along a centrally shared outdoor amphitheater; reopening Bailey Elementary; building a new Branch Elementary and modernizing Desert Junior-Senior High School. This will be done in two large phases,” Walker said.

The first phase will focus on grades transitional-kindergarten to 6th grade as well as some shared-use buildings between the schools. The district plans to modernize Bailey Elementary with new kindergarten wings constructed. At the same time, the old Payne campus (also known as the Center of Excellence) will be demolished to make room for a brand new Branch Elementary. Some of the shared-use buildings being discussed are an amphitheater, a library-multimedia center and a formal theater. Once phase one is completed, elementary students will occupy Bailey and the new Branch, according to Walker.

“Phase two will start with the students at Desert High occupying the former Branch school temporarily so the Desert school construction can begin. The campus will be modernized with some new construction. At the conclusion of construction, students will return to Desert and the facilities at the former Branch campus will be demolished. The scope of this phase is contingent on both Office of Economic Adjustment funding and the district’s ability to find more match money,” said Walker.

Desert High and Branch Elementary fall on a DOD list of 33 schools across the nation that are a priority for funding. Both schools qualify for the Public Schools on Military Installations Grant Program for renovation, repair or reconstruction of their facilities. However, in order to qualify for the grant, local districts must come up with 20 percent of matching funds, which has been difficult for the Muroc district. Military bases like Edwards are not taxed like civilian communities throughout the state, which can create bond measures to pay for schools. A measure last year to get the matching funds from the state of California produced no real money and MJUSD had to come up with another way to get the 20 percent matching funds, according to Walker.

“The district was able to move forward with the proposal and application for phase one by proposing our match be in-kind and a non-cash match. While this has provided enough match to move forward, we do not yet have enough match monies to complete both phases of the project,” said Walker. 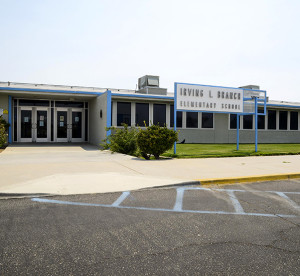 The district had to demonstrate that the modernization of Bailey Elementary and the ultimate demolition of Branch saved money and would achieve the desired match that the DOD required, Walker said.

He added that the district is working with the California Department of General Services and Office of Public School Construction to attempt to find additional match dollars through special allocations such as seismic retrofit and facility hardship dollars. However, the process to obtain these funds is very technical and requires special evaluations.

“Based on initial discussions with the authorizing agencies, we are hopeful these funds will assist in providing the much needed match. But, at this time we are still millions short of the required match for the comprehensive project,” Walker said.

Still, district officials say they are elated with the recent grant award and look forward to the future construction and renovations.

“Rebuilding our elementary school is an important first step, but our high school is also in desperate need of a new facility,” said Schaefer. “I look forward to partnering with the state of California to garner the matching funds required to rebuild Desert High School as the next phase of this important project. The quality of our schools will continue to be a recruitment and retention issue for our workforce, which makes it critical to support our important test mission at Edwards AFB.”