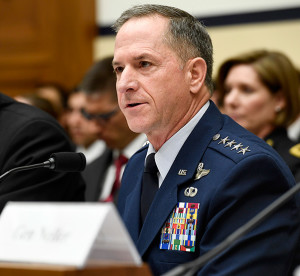 Air Force Chief of Staff Gen. David Goldfein testifies before the House Armed Services Committee April 5, 2017, in Washington, D.C., on the impacts of operating the service under a year-long continuing resolution. Goldfein testified with his service chief counterparts.