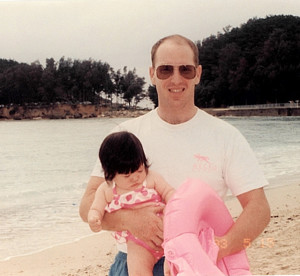 Tech. Sgt. Robert B. Butler, of the former 95th Security Forces Squadron on Edwards, was killed Jan. 10, 1998. Butler was on patrol when he initiated a traffic stop on a motorist driving erratically. Unbeknownst to him, the driver of the car had killed another Airman moments earlier and when Butler approached the driver, he was shot and killed. He left behind a wife and three young children.

National Police Week is a time when we honor those police officers who have sacrificed their lives in service to their communities.

The event traces its history to 1962 when President John F. Kennedy signed a declaration designating May 15 as Peace Officers Memorial Day and the week in which it falls as Police Week.

The chance to take time and dedicate our thoughts to those who have served and their families is especially meaningful to military law enforcement members. They not only provide service to their stateside bases of assignment, but also are called upon to perform law enforcement and security missions in support of operations around the globe. An Edwards defender for example, could be patrolling the base one day and later, while deployed, could be riding with a coalition partner executing law-and-order missions or even dismounted patrols outside the wire of a main operating base in a combat zone.

So when we take pause to remember our lost in the line of duty, that includes those lost in direct-fire operations with the enemies of our nation at the farthest corners of the world.

Personally, after 27 years of service, I am constantly amazed at the sacrifice our Airmen make every day and night of the year and am privileged to stand with them while they perform duties that put them in harm’s way. They allow us to live, work and play with peace of mind and security.

Police Week is our most hallowed event, it gives us the chance not only to reflect and remember, but also to refresh our hearts and minds while building camaraderie through events intended to bring the community together and remind ourselves to be grateful for Airmen willing to protect us at all costs, even at the expense of laying down of their own lives, in defense of others. 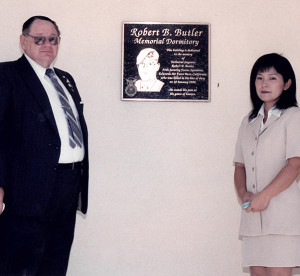 We here at Edwards also take this week and every week to remember our own fallen defender, Tech. Sgt. Edward B. Butler. He was killed in the line of duty on Edwards Jan. 10, 1998. Butler was on patrol when he initiated a traffic stop on a motorist driving erratically. Unbeknownst to him, the driver of the car had killed another Airman moments earlier and when Butler approached the driver, he was shot and killed. Butler’s courage and dedication to the safety of the community of Edwards AFB remains a tragic yet honored example to us all as we strive to serve as valiantly as he did.

From our youngest Airmen to myself, Butler’s lesson of sacrifice rings loud and clear as a reminder of how critical our mission to the public remains. We remember him and all of our lost law enforcement brothers and sisters and encourage everyone to come out and enjoy fellowship and life in their honor this Police Week.

Editor’s note: Tech. Sgt. Robert B. Butler, of the former 95th Security Forces Squadron at Edwards Air Force Base, Calif., was killed after pulling over a suspected DUI driver at 2 a.m., Jan. 10, 1998. Butler radioed for assistance before he was fatally shot approaching the vehicle. Backup arrived and saw the suspect driving away. Reports say Senior Airman Devaughn Brown and Senior Airman Darrick Moore had a dispute earlier that night at Stripes Lounge. Before killing Butler, Brown was believed to have killed Moore after they left the bar. Moore’s body was found later at the base landfill. Brown was driving Moore’s truck when he was pulled over by Butler. Security forces pursued Brown who was headed to the dorm area. About 100 Airmen were evacuated. Brown was later found dead in the recreation room of one of the dorms from a self-inflicted gunshot wound, reports said. Butler left behind a wife and three young children.