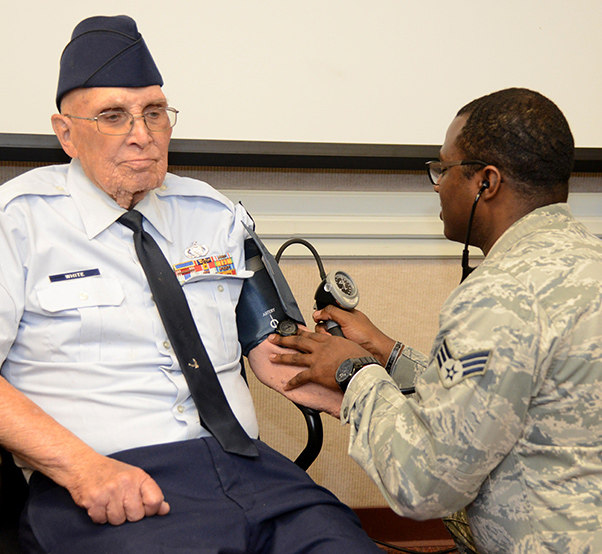 More than 300 military retirees and their guests gathered in the Oasis Community Center at Edwards Air Force Base, Calif., for the base’s annual Retiree Appreciation Day May 6, 2017.

Attendees were given a chance to learn about programs that affect retirees and received free services during the visit. Legal services, immunizations, retiree benefits information, door prizes and refreshments were among the attractions.

The crowd was larger than expected and volunteers were kept busy finding extra chairs to set up in Stripes Lounge for the attendees. 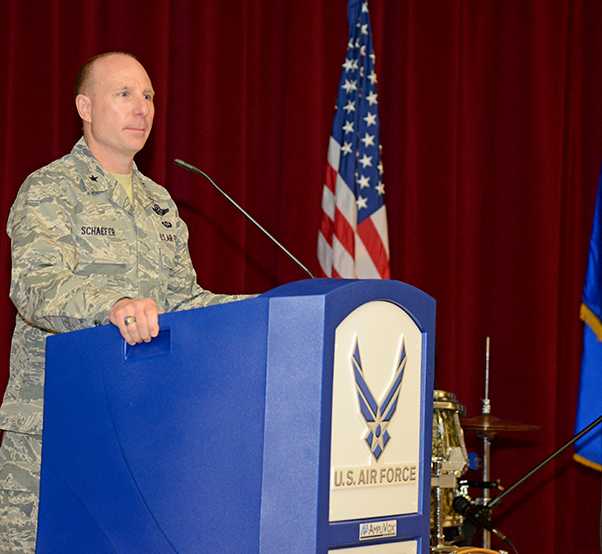 The guests were treated to breakfast and live entertainment before the speakers and open house commenced at 10:15 a.m.
During opening remarks, Brig. Gen. Carl Schaefer, 412th Test Wing commander, commemorated   veterans of each war since World War II. Although there were no World War II vets in attendance, there was one from the Korean conflict. The majority of retirees were Vietnam War-era veterans, and the first Gulf War veterans were also well represented.

The yearly event is to show Edwards AFB’s gratitude for military retirees and their families and to provide important information and services to the local retiree community. 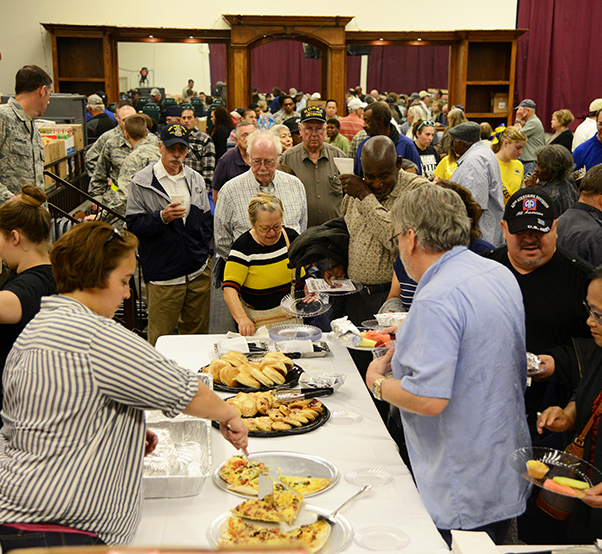