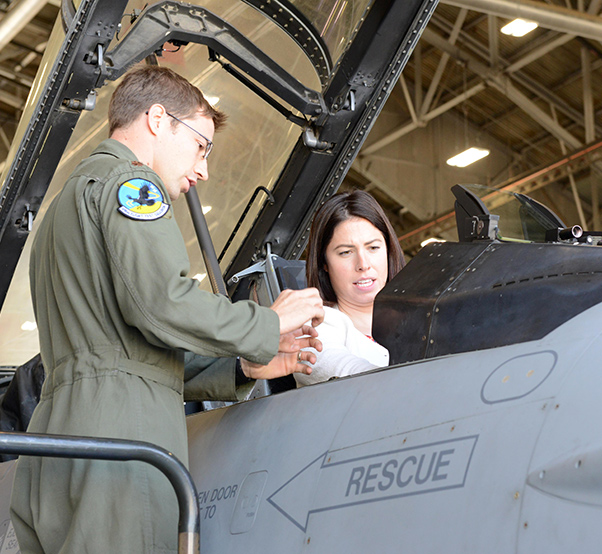 Three congressional staff members got an up close look at the base and the Edwards Air Force Base, Calif., mission May 10, 2017.

The staffers were from the offices of U.S. Congressmen Kevin McCarthy and Steve Knight who represent California’s 26th and 25th Congressional Districts, respectively.

Periodically, staffers and elected officials are invited to the base to learn about the various test programs and tour base facilities. On this particular visit, the staffers were taken to see the base schools and later given briefings on the Air Force Test Center and 412th Test Wing missions. The group was then taken to the 461st and 416th Flight Test Squadrons to see an F-35 Joint Strike Fighter and an F-16 Fighting Falcon up close. The staffers received a planeside brief next to the F-35 and then were each given the opportunity to sit in the cockpit of an F-16 at Hangar 1207.

California’s 26th and 25th districts encompass much of the surrounding area around Edwards AFB to include Kern and Los Angeles Counties. 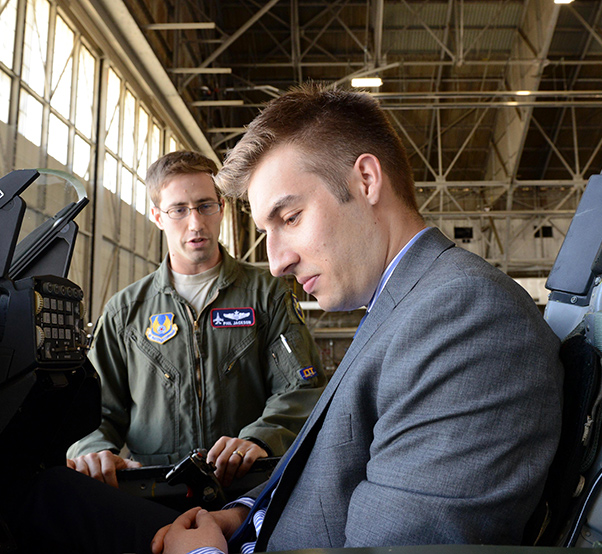 Braden Murphy, a congressional staff member from U.S. Congressman Kevin McCarthy’s office, sits in the cockpit of an F-16 Fighting Falcon as Maj. Philip Jackson, 416th Flight Test Squadron, explained some of the control features. Murphy was one of three congressional staffers who visited Edwards May 10, 2017. 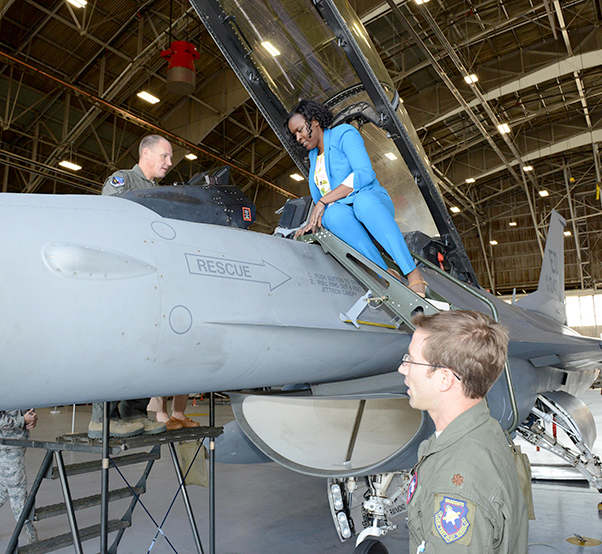 Tiffanii Woolfolk climbs up to the cockpit of an F-16 Fighting Falcon in Hangar 1207 as Col. Jason Schott, 412th Test Wing vice commander (left), and Maj. Philip Jackson, 416th Flight Test Squadron, guide her in. Woolfolk was one of three congressional staffers who visited Edwards May 10, 2017.