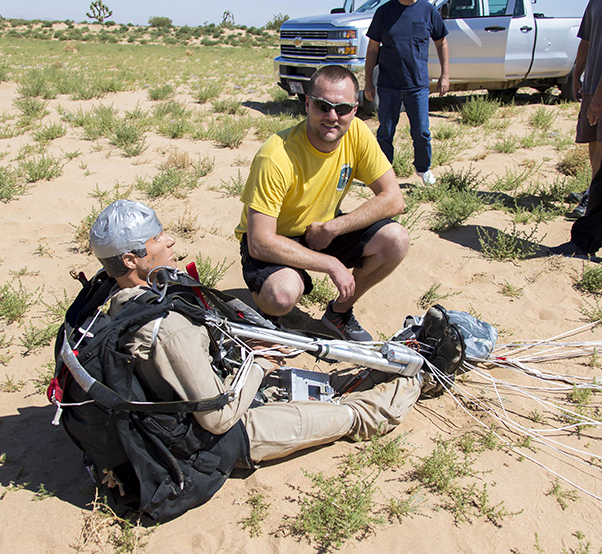 Trever Bush, 412th OSS Parachute Test Team, examines the Remotely Piloted Parachute System after its maiden flight May 23, 2017. Bush designed and built the guidance system using off-the-shelf parts like electrically operated servos and a radio control system much like one for a model airplane.

Two teams collaborated for the first-ever test of a remotely piloted parachute system on the range at Edwards Air Force Base, Calif., May 23, 2017.

Before a new parachute is ever used by humans, it is dropped using dummies specifically designed for parachute testing. Once clear of the aircraft, the dummies are typically at the mercy of the winds. The remote system is designed to manipulate the toggles – the parachute’s control handles – much the same way a live jumper would, allowing some control over the descent of the test article.

Trever Bush, 412th OSS Parachute Test Team, designed and built the guidance system using off-the-shelf parts like electrically operated servos and a radio control system much like one for a model airplane. 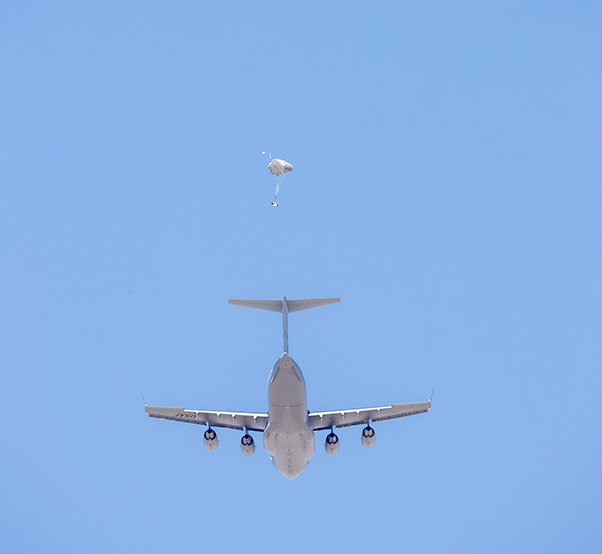 A parachute test dummy exits a C-17 Globemaster III and begins its descent to earth under guidance of a Remotely Piloted Parachute System. This was the maiden flight of the RPPS.

“This system gives us more control,” Bush said. “The servos pull the toggles and steer the parachute.”

Bush said the dummies can sometimes land more than a mile from the test team, which means they have to take extra time to search for and recover the dummies and the chutes. Uncontrolled drops can also lead to damage to the dummies.

“These dummies are pricey,” he said. “We already (own these) and we’re trying to preserve them.”

Chris Klug, 412th Operations Group technical adviser, was the XCITE Team sponsor for the project. He was instrumental in bringing Bush’s idea to the innovation team and guiding Bush through the process. 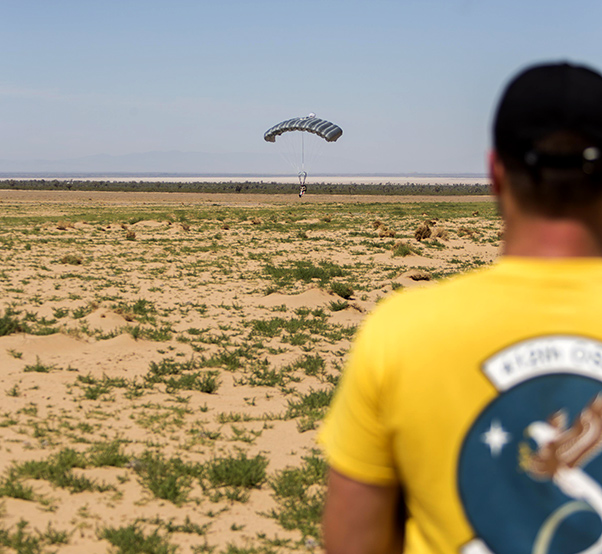 “This innovation is about taking existing technology and applying it to an area it hasn’t been used before,” he said.  He added that the annual savings is estimated at nearly twice what the initial investment on the system was.

Bush added that this was only the cost of repairs to the dummies, and that this system could also prevent damage to the parachutes being tested, some of which can cost more than $15,000.

Klug said the goal is to develop more test projects to evaluate the system and to acquire more of the systems in the future. 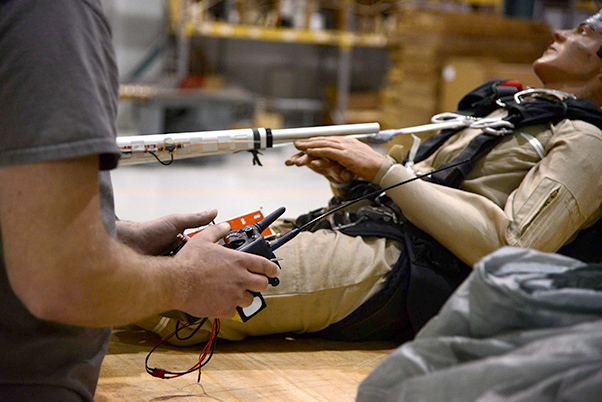 Trever Bush, 412th OSS Parachute Test Team, demonstrates the operation of the Remotely Piloted Parachute System he designed and built. The RPPS is designed to save time and money in recovery and dummy repair costs during parachute testing.