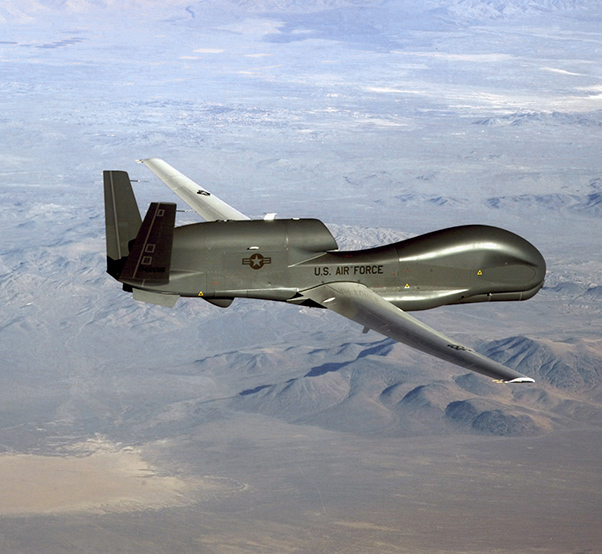 BISHOP, Calif.–An Air Force drone the size of a small airliner crashed in a remote section of California near Mount Whitney.

Edwards Air Force Base said in a statement that the RQ-4 Global Hawk, an unmanned surveillance aircraft, was making a routine trip June 21 afternoon from Edwards to its usual home at Beale Air Force Base when it crashed for unknown reasons.

The Inyo County Sheriff’s Department said the crash caused a small wildfire that was quickly under control.

The aircraft with a 130-foot wingspan is designed to fly at high altitudes for long distances. It’s slowly replacing the manned U-2 spy planes used for decades by the Air Force.