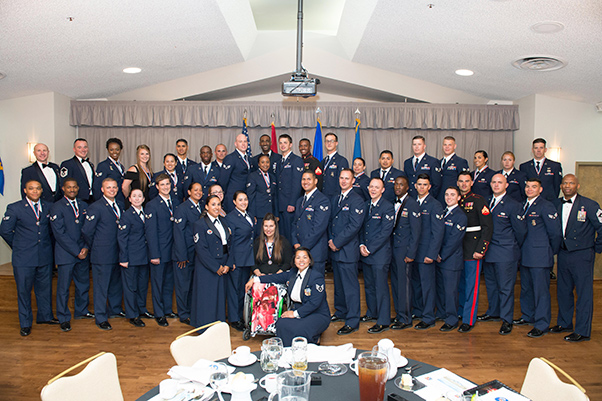 Base leadership and attendees watched 25 senior airmen, two Marines and three civilians of Class 17E took another step in their perspective careers.

The Levitow award is presented to the student that demonstrated the most outstanding leadership and scholastic qualities. Selection for the Levitow award is based on academic performance and assignment of points by peers and instructors.

ALS is a five-week United States Air Force program designed to develop Airmen into effective frontline supervisors. It is the first professional military education that enlisted Air Force members encounter. ALS focuses on building leadership and team development abilities as well as effective communication. Edwards ALS is open to all sister services, Air National Guard and Reserve, and has slots for civilian members.

Other graduates of ALS Class 17E are: