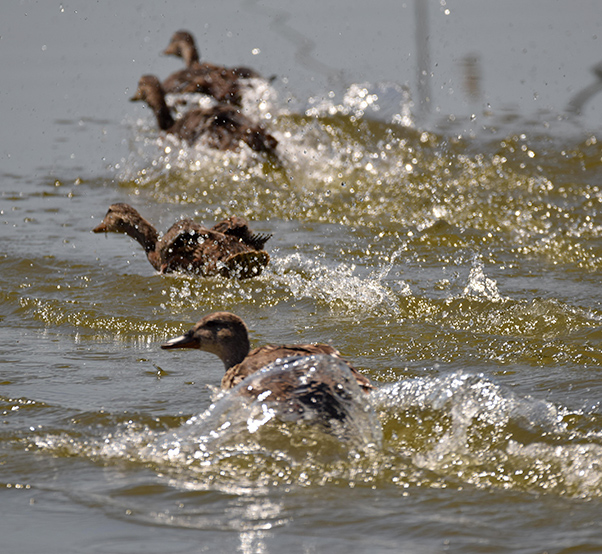 Amid the High Desert landscape that encompasses Edwards Air Force Base, Calif., is a green oasis that provides a place for wildlife and exotic birds to flourish in peace.

Covering up to 600 acres on the base’s southwest corner is Piute Ponds. The freshwater marsh is comprised of channels, dikes and evaporation ponds with water supplied from a Los Angeles County wastewater treatment plant.

The marsh attracts migratory birds because of its location along the Great Basin corridor of the Pacific Flyway – one of four major bird migration routes across the United States, according to members of Edwards Environmental Management.

When migrating birds see water they tend to stop and take a break, especially in Antelope Valley.

Biologists on base say Piute Ponds is home to more than 200 species of birds, which brings out enthusiasts. 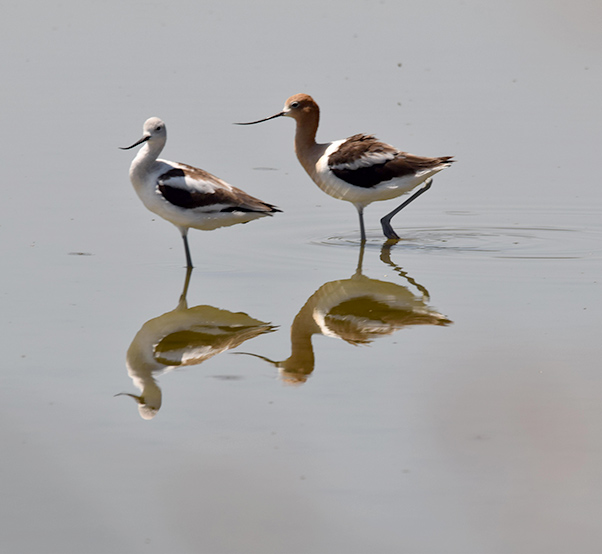 A pair of American Avocets cool their feet in the water at Piute Ponds. In addition to dozens of species of birds, the wetlands are home to foxes, coyotes, bobcats and a range of other desert fauna.

Piute Ponds is located at the extreme southwest of Edwards off of Shuttle Road just east of the Edwards sign on Rosamond Blvd.

The ponds were created when Los Angeles County Sanitation District 14 placed a dike in the area to keep its effluent from reaching Rosamond dry lakebed. The ponds continue to be sustained with effluent from the District 14 Wastewater treatment plant.

Although the effluent has received some treatment at the plant, it is not recommended that people make physical contact with the water in the ponds.

The pond area has dirt roads for navigation, but a higher clearance vehicle would be best as the roads can get rugged in spots.

On base personnel can visit the unique ecosystem any time by calling Environmental Management at 661-277-1401. Off-base residents can call 661-277-1401 to request a base access form to visit or to hunt on the ponds during the fall hunting season.

To read more about Piute Ponds, go to www.piuteponds.com. 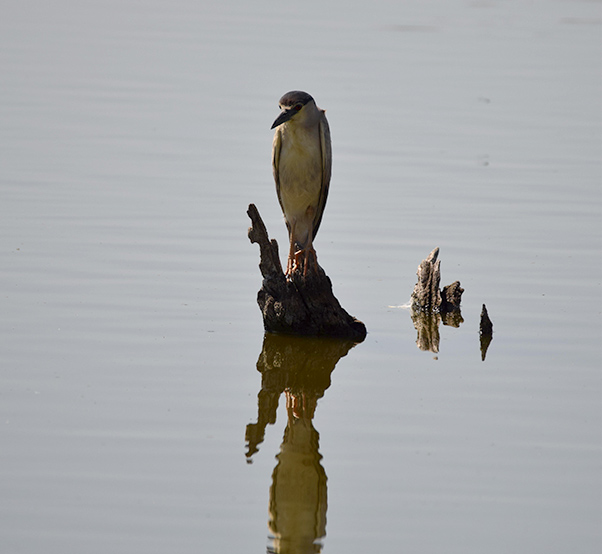 A Black Crowned Night Heron watches for a passing snack at Piute Ponds. The wetlands at the southwest corner of Edwards Air Force Base are haven for dozens of species of birds.