As commandant of TPS, he will be responsible for the graduate-level education of the Airmen as they earn the rating of experimental test pilots, flight test navigators and flight test engineers.

A seasoned test pilot and TPS graduate, Higer returns to Edwards after serving as the vice commander of the 96th Test Wing at Eglin Air Force Base, Florida. He is a command pilot with more than 2,900 military flight hours in 27 aircraft types as an experimental test pilot, instructor pilot and evaluator pilot.

“I’m really fired up about this opportunity and the challenges of this command,” said Higer as he addressed the audience after taking command. “I paused yesterday and again this morning at the wall of commandants at the schoolhouse. I am genuinely honored, let me repeat that, genuinely honored to be among this group and humbled by the giants who preceded me.”

Higer replaces Col. Charles Webb who served as commandant for the past three years. Webb moves on to a new assignment at Wright-Patterson Air Force Base, Ohio. 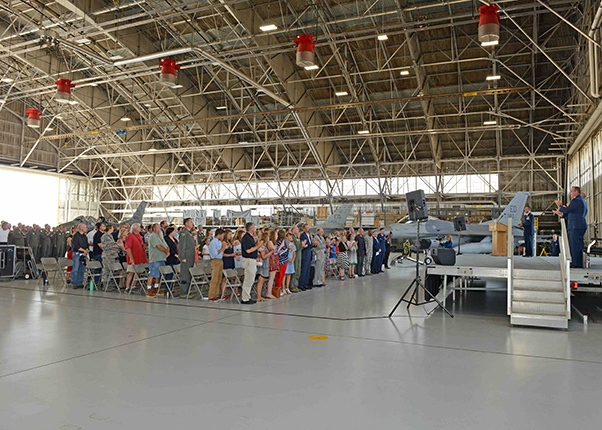 Since 1951, the school at Edwards AFB is where the Air Force’s top pilots, navigators and engineers learn how to conduct flight test and generate the data needed to carry out test missions. Human lives and millions of dollars depend upon how carefully a test mission is planned and flown. The comprehensive, one-year curriculum of TPS is fundamental to the success of flight test and evaluation, according to the school.

Upon graduating from TPS, graduates receive a Master of Science Degree in Flight Test Engineering.