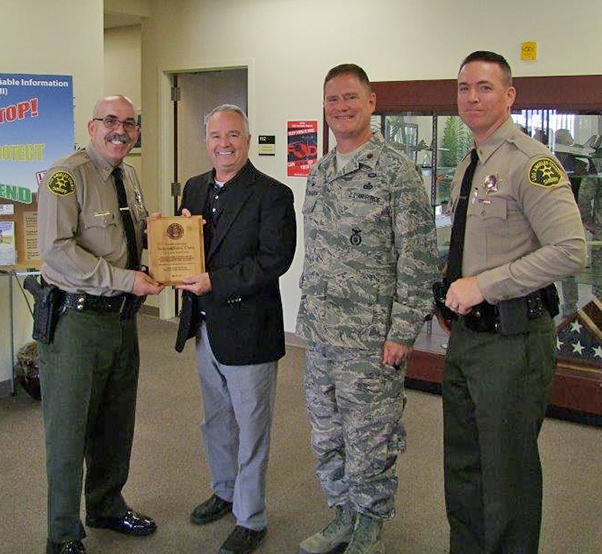 On July 18, 2017, leadership from U.S. Air Force Plant 42 in Palmdale, Calif., presented members of the Los Angeles County Sheriff’s Department Lancaster Station a plaque honoring LASD Sgt. Steve Owen, who was killed in the line of duty Oct. 5, 2016. The commemoration was part of a 2017 National Police Week ceremony held at Plant 42. The presentation was made by John Esch, Plant 42 director, and Maj. James Blackburn III, chief of Plant 42 Security Forces. The plaque was dedicated in honor of Owen to show appreciation for the sacrifices law enforcement makes on behalf of public safety, said Esch. Pictured from left to right:  Capt. Todd Weber, Lancaster Sheriff’s Station commander; Esch, Blackburn and Lt. Joseph Fender, LASD.