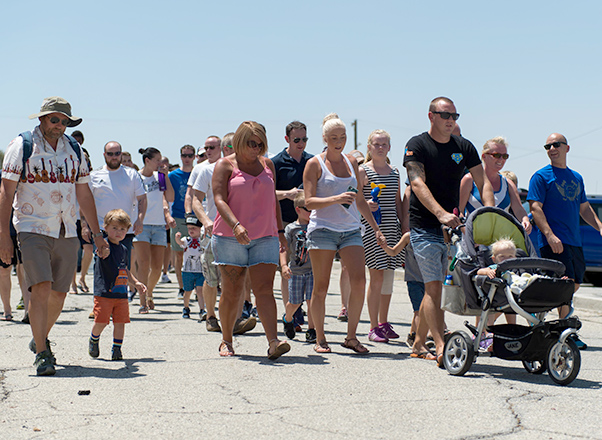 British servicemen, women and family members walked from Club Muroc down Doolittle Parkway towards Fitz-Gerald Boulevard and back again July 21, 2017, at Edwards Air Force Base, Calif.

The esprit de corps and charity event was conducted as part of preparation for the Royal Air Force’s 100-year anniversary next year.

The U.K. airmen belong to the RAF’s No. 17 Squadron based at Edwards. The squadron conducts operational test and evaluation of the U.K.’s version of the F-35 Joint Strike Fighter. They are a member of the Joint Operational Test Team at the base. The squadron is responsible for bringing the U.K.’s first fifth-generation combat air platform into Royal Navy and Royal Air Force frontline service.

No. 17 Squadron will be conducting various events such as the walk to coincide with celebratory events back in Great Britain for the “RAF100.”

According to its website, the RAF is the oldest independent air force in the world and will turn 100 years old April 1, 2018. 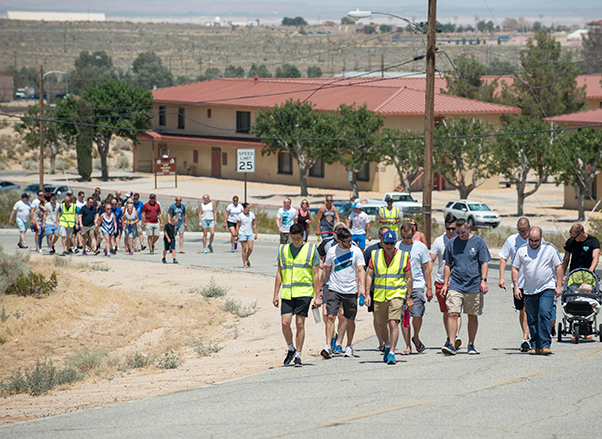