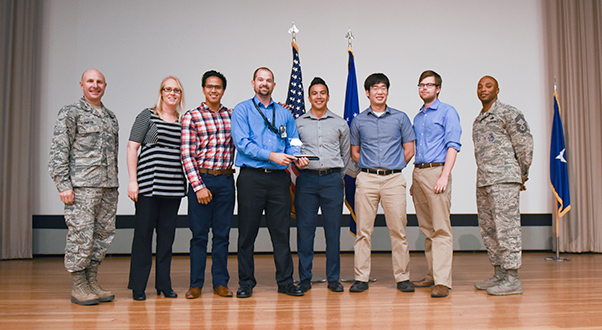 The 412th Test Wing at Edwards Air Force Base, Calif., held its second quarter awards ceremony in the base theater Aug. 7, 2017.

Nineteen individuals and teams were recognized for their outstanding performances in the 2nd quarter of 2017. Congratulations to all the winners!

Trades and Labor of the Quarter
John Hall
412th OG