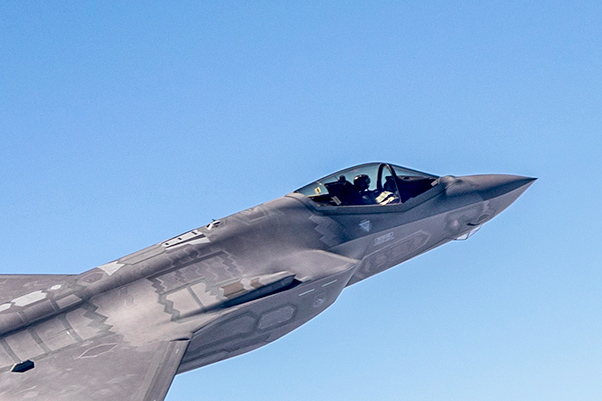 Edwards Air Force Base, Calif., is famous for aviation firsts, but the F-35 Developmental Test team recently achieved the opposite, an aviation last.

The Block 3F version of the F-35A and F-35C are one step closer to initial operating capability with the last weapons delivery accuracy surge completed in early August.

The term surge is used because the F-35 weapons testing required a great deal of assets and personnel dedicated for a short period of time, according to Torrey Given, a weapons integration engineer with the 461st Flight Test Squadron.

“This allowed us to accomplish multiple events over the course of a handful of days,” he said.

Given, who has been with the F-35 project since the beginning, from flight science all the way through the WDA testing, said this round of testing could be called a mini surge, as there were only a handful of events that needed to be completed.

“This was kind of a cleanup, or a closeout, of (System Development and Demonstration). It’s the closeout of JSF developmental test for Block 3F, which is a big deal because it’s for Air Force IOC, and Navy IOC,” he said. 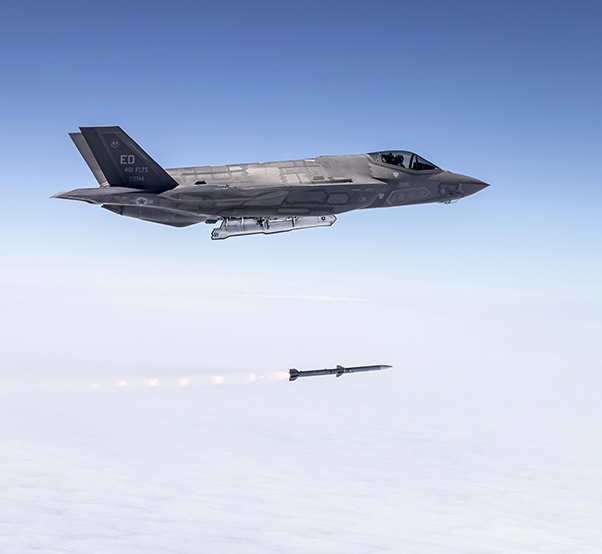 An F-35 unleashes a telemetry-equipped AIM-120 missile during a surge of Weapons Delivery Accuracy testing Aug. 4, 2017.

“We were able to accomplish some complex air-to-air demonstrations with the (Advanced Medium-Range Air-to-Air Missile) in order to show the full capability of the aircraft,” Given said.

The AMRAAM missiles were equipped with live motors and guidance systems, but the warheads were exchanged for telemetry units, and the tests were done over the open water range at Naval Air Weapons Station Point Mugu in Ventura County, Calif.

Given said most everything we do at Edwards Air Force Base is an aviation first, in some way, shape or form.

“I like to think of these as the last for Developmental Test,” he said. “This is like our graduation exercise before we hand the aircraft off to the operational test organizations so they can go prove it’s ready for combat. That’s very significant for us.”

He said the critical piece is the wrap-up of System Development and Demonstration, which has been a long time coming.

“For some of us, this has been roughly eight years working on F-35 to get to where it is operationally viable,” Given said.

There is a single WDA event remaining for 3F, which marks the completion for all three variants and will pave the way to the declaration of IOC for all F-35s. 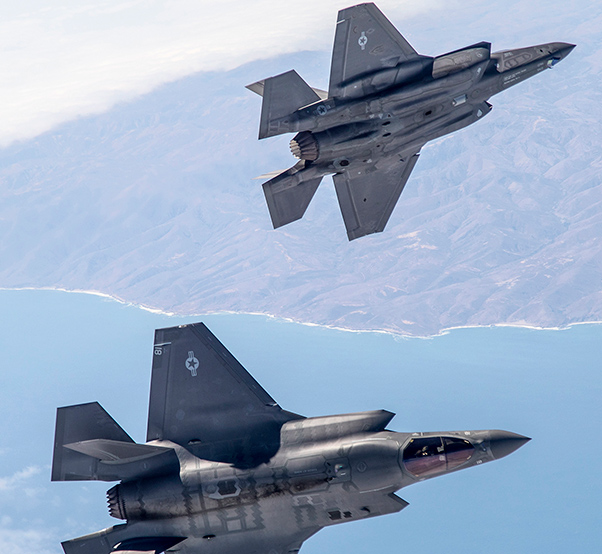 A pair of F-35s soar over the Pacific Ocean range near NAWS Point Mugu during a recent Weapons Delivery Accuracy testing surge.