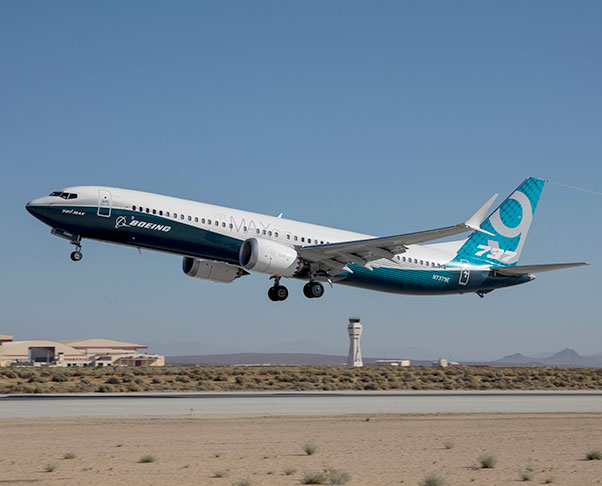 A Boeing 737 MAX takes off after a touch-and-go landing at Edwards Air Force Base, Calif. Boeing has been conducting flight tests with its fourth-generation, narrow-body 737 at Edwards recently. The company has also been testing its 787 Dreamliner here as well. Periodically, aviation industry companies are provided the opportunity to conduct flight tests at Edwards given the base’s unique test assets such as multiple runways, a controlled airspace, large dry lakebeds and flying weather.