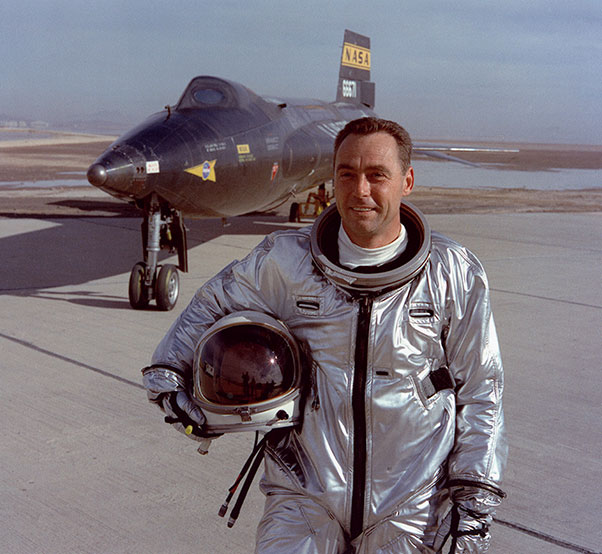 Fifty years ago on Oct. 3, 1967, Maj. William J. “Pete” Knight flew the modified X-15A-2 to a speed of Mach 6.72. The aircraft was flown with its full ablative coating and external fuel tanks. A dummy ramjet mounted on the lower ventral stub stabilizer fell away during the flight as a result of severe heat damage to the fairing. The flight marked the highest speed achieved in the X-15 program and remains the highest speed ever reached by a manned airplane.