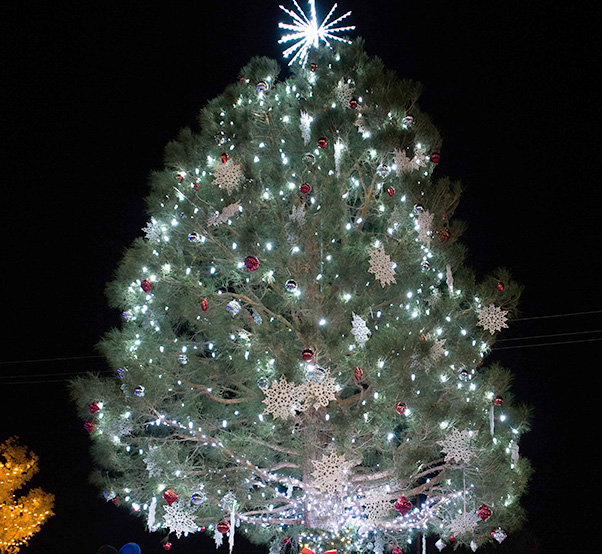 Big smiles, snowball fights and screams of delight seemed to be the order of the day as Team Edwards, children and adults alike, enjoyed Edwards’ Winterfest celebration held in the Exchange parking lot Dec. 1, 2017.

This year’s Winterfest was bigger and better than anything in recent memory, and was well received by the crowds in attendance.

“I’ve been at Edwards since 2001 as a civilian employee and my husband is retired,” said one Edwards employee in a survey response. “When my daughter was younger we came to the tree lighting each year. I have to say this year was overall the best. I now have grandchildren and they loved it.”

Damion Jones, the community services flight chief for the 412th Force Support Squadron, organized the event. He said many additions this year were done by building on partnerships that were already there.

“We invited (the Army and Air Force Exchange Service) out to join in the festivities,” he said. “We also reached out to our team at Air Force Services Activity Air Force Entertainment to see what they performances that they had in their bags of goodies, and got Linkin Bridge.” 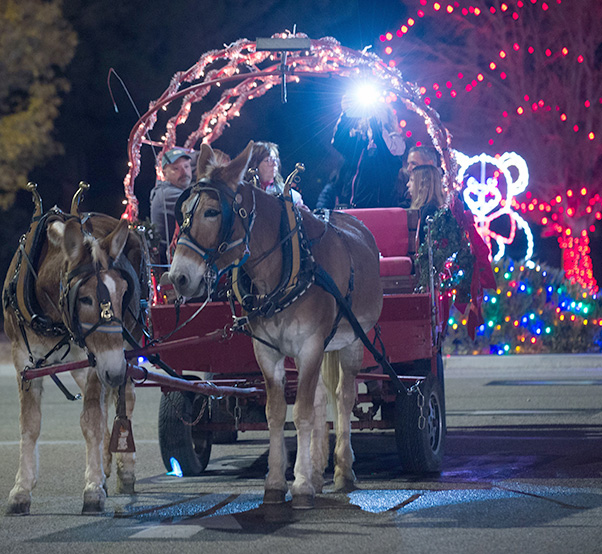 Carriage rides add to the holiday spirit during Winterfest.

Linkin Bridge is an A Capella pop group that appeared on “Americas Got Talent.”

Winter sports are tradition in many parts of the year. Ice skating is no exception, but the climate in the high desert poses a challenge when it comes to ice and snow. In years past, FSS had talked about a getting a temporary skating rink for Winterfest.

“This year we came through,” Jones said. “We also added in the carriage rides and our new famous hit of an inflatable paintball field.”
As always, no matter what the location, you cannot have a Winterfest without snow.

“We brought back the 25 tons of snow this year, Jones said. “But it seemed to go quickly in 70-degree weather. 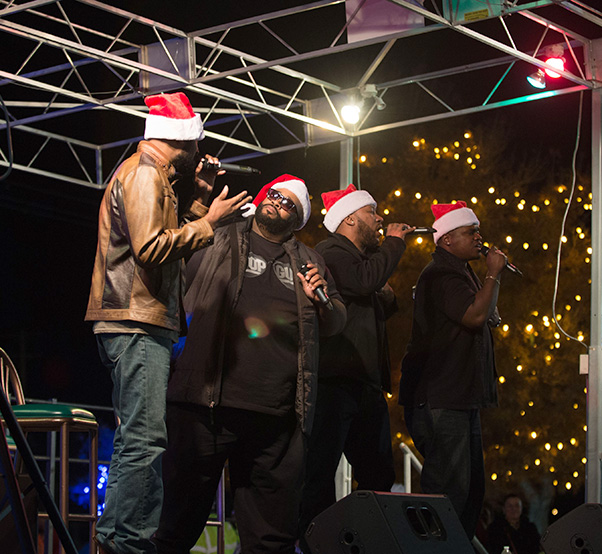 Linkin Bridge, an A Capella pop group that appeared on America’s Got Talent, performs for Team Edwards during Winterfest Dec. 1, 2017. The group was brought to Edwards by Air Force Services Activity Air Force Entertainment.

The snow around the holiday tree was a huge draw, with dozens of kids (and a few adults) throwing snowballs and generally having a great time while the snow lasted.

“Winterfest 2017 was great! Personnel working the event that night made it really nice,” said one respondent. “My children had an amazing time and did not want to leave. The live performers and snow was a big hit! ”

Jones said the success of the event was due to the efforts of the whole FSS Edwards Special Events team, and due to exceptional support from the 412th Civil Engineer Group.

“As the base population grows in size, so must our programs. We also must continue to change to meet the community’s expectations and goals. We are constantly trying to change the things that we do in order to make Edward’s the best base to live, work, and play.” 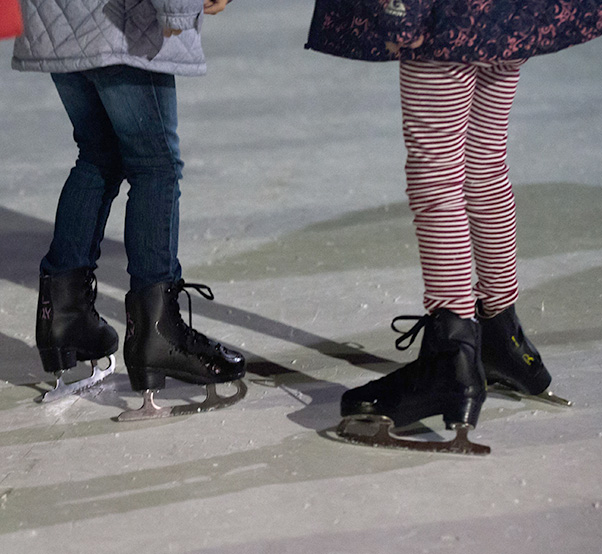 Skating and snow were the word of the day for those who enjoyed Winterfest held at the Edwards Main Exchange parking lot Dec. 1, 2017.

Team Edwards gathers in the Edwards Main Exchange parking lot for the tree lighting and the live performances during Winterfest Dec. 1, 2017. 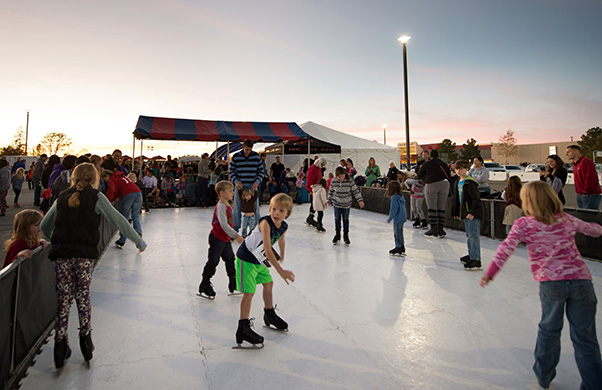 Children at Edwards enjoy a bit of twilight skating during Winterfest held Dec. 1, 2017. Winterfest was organized by the 412th Force Support Squadron. 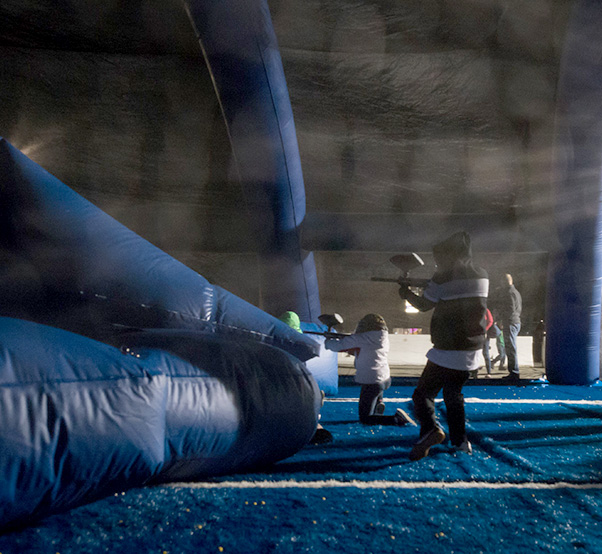 The paintball tent was a big hit with the younger crowd during Edwards Air Force Base Winterfest 2017 held Dec. 1, 2017.