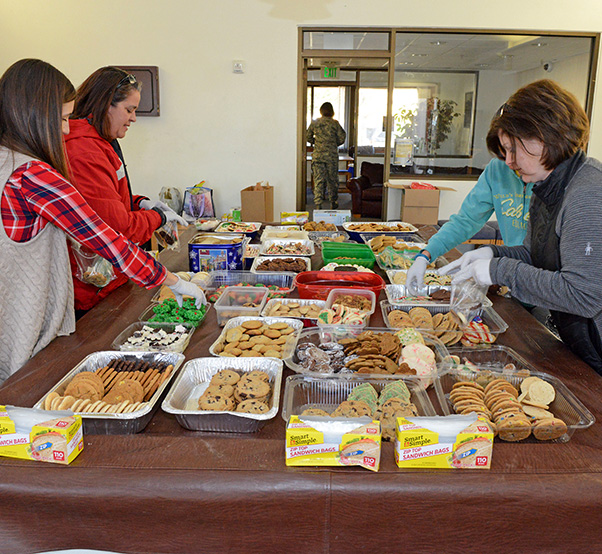 Like a well-oiled machine, volunteers from the Edwards Enlisted and Officers’ Spouses club worked a cookie bag assembly line, packing more than 300 dozen cookies for young Airmen on Edwards Dec. 12, 2017.

Members of the Enlisted and Officers’ Spouses Clubs at Edwards Air Force Base, Calif., got together with the Edwards First Sergeant Council to gather and distribute more than 300 dozen holiday cookies to young Edwards Airmen Dec. 12, 2017.

Volunteers got up bright and early to work a cookie bag assembly line next to the Higher Grounds in the dorm area; sorting, packing and stacking dozens of homemade cookies to be handed out later in the day. 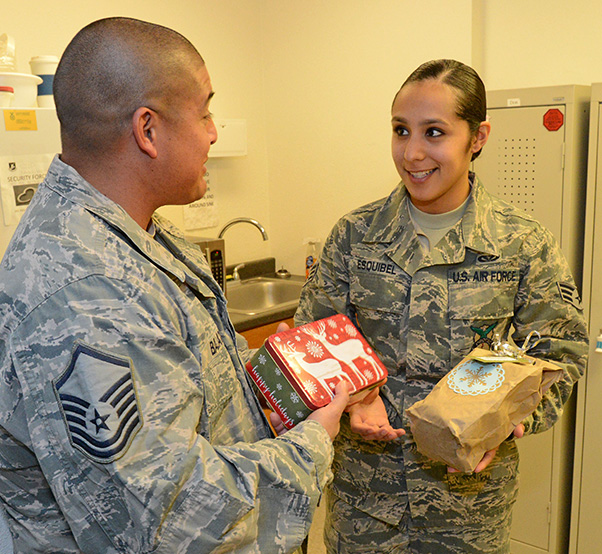 Members of the Edwards community were invited to bake as many homemade goodies as they wished — whatever they felt they could do. The response from the base was well above what was asked, according to the volunteers.

The cookies were hand delivered to Airmen in their work areas and to their dorm rooms. 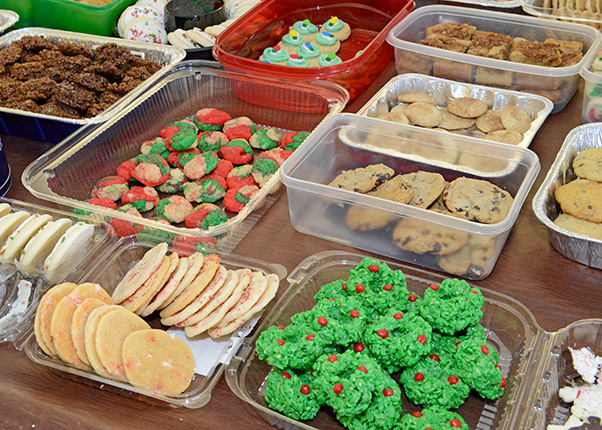 Volunteers from around Edwards baked or bought more than 300 dozen cookies for young Airmen on Edwards Dec. 12, 2017. The annual holiday cookie drive was sponsored by the Edwards Enlisted and Officers’ Spouses Clubs and the Edwards First Sergeant Council.