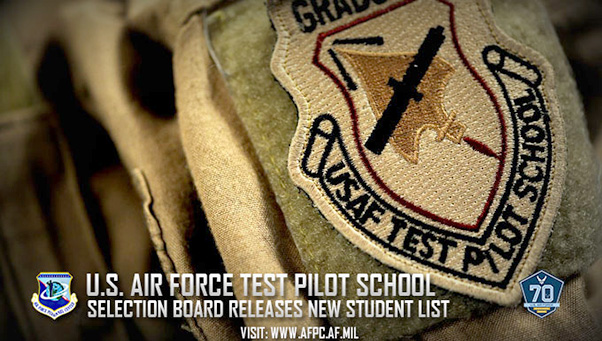 The Air Force has selected 63 primary and alternate students to attend training at the U.S. Air Force, U.S. Naval, British and French test pilot schools, with classes starting next summer.

The TPS graduates will have a profound strategic impact on the development of future combat capabilities, Kimball added.

Program graduates will earn a Master of Science in Flight Test Engineering through Air University.

The selection list is available on myPers from a CAC-enabled computer. To view the list, select “Any” from the dropdown menu and search “Test Pilot.” Prior to posting the list on myPers, the Air Force’s Personnel Center provided senior raters with advanced knowledge of the selection list to allow notifications through the chain of command.