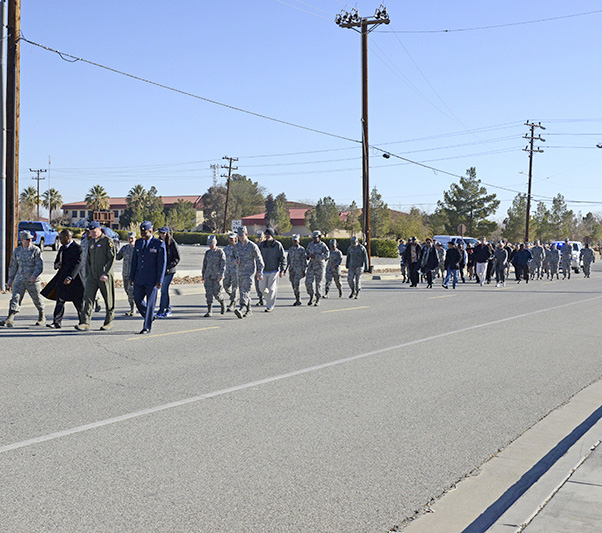 Ahead of the holiday weekend, members of Team Edwards came together to honor the legacy of Dr. Martin Luther King Jr.

Dozens of Airmen and civilians gathered at Building 1 and walked in honor of the late civil rights leader to Chapel 1 where a special ceremony took place Jan. 11, 2018.

Members of the chapel staff and friends sang two of King’s favorite gospel songs before guest speaker Dr. Maury Jackson took to the podium. Jackson is the chair of the Pastoral Studies Department and associate professor of practical theology at La Sierra University in Riverside, California. Jackson spoke about the importance of diversity to the country and how Dr. King’s teachings and philosophy enlightened him. He reminded the audience that King wrote books, which can provide a greater insight into his teachings and should be more commonly read. 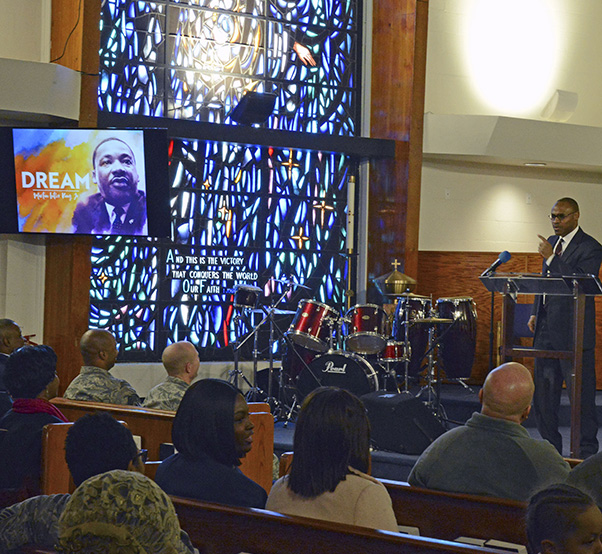 “The reason why we set aside this time is to talk about the strength of diversity that Dr. Jackson was talking about,” said Schaefer. “That our nation is strong, and stronger always, because of diversity. Diversity of thought, diversity in our background, that’s what makes our military the strongest on the face of the planet. And that’s something we must continue to champion. Not every month, not every observance, but every day as we go forward.” 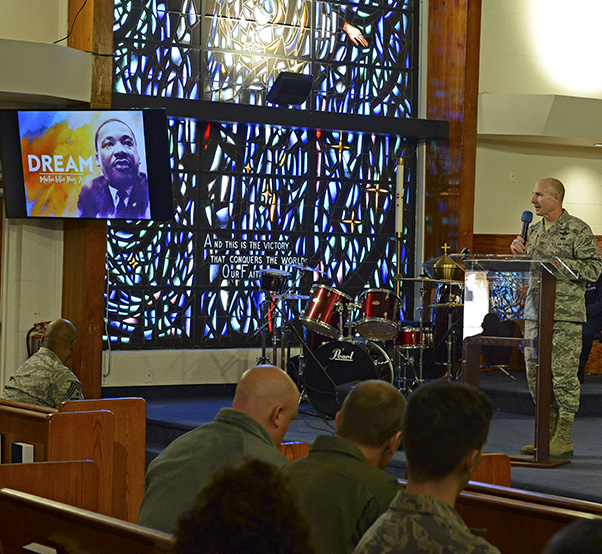