The 412th Test Wing hosted its annual awards banquet in Hangar 1600 Feb. 9, 2018, where accolades and hardware were handed out to the wing’s top performing individuals and teams.

The banquet was held in the maintenance hangar with several planes on display including F-16s, an F-117 Nighthawk, F-35 Lightning II and B-52 Stratofortress.

Congratulations to all awardees for setting the standard in their respective categories! 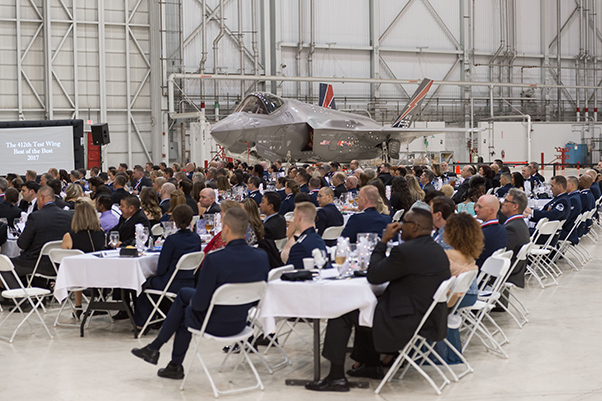 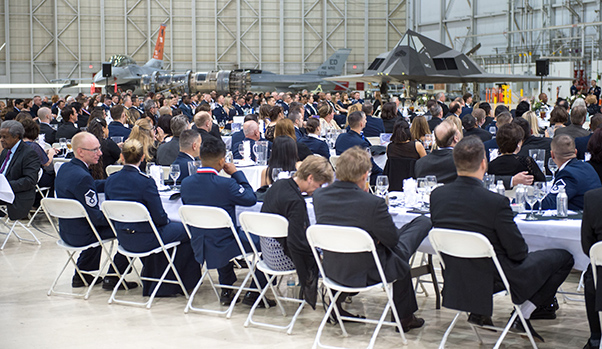