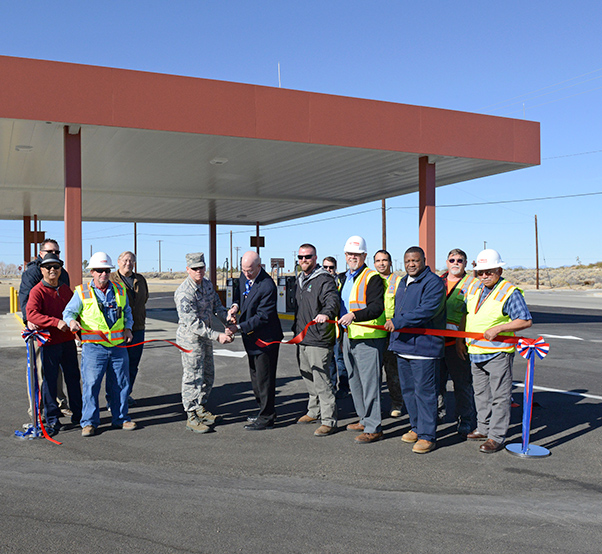 Center: Chief Master Sgt. Daniel Thompson, 412th Mission Support Group superintendent, and James Judkins, 412th Civil Engineer Group director, cut the ceremonial ribbon to celebrate the completion of major repairs and upgrades to the main base military gas station at Edwards Air Force Base, Calif., Feb. 26, 2018. The completion of the project is the last of nine projects funded by the DLA for repairs and upgrades to facilities at Edwards.

The 412th Civil Engineer Group at Edwards Air Force Base, Calif., celebrated the completion of repairs and upgrades to the main base military gas station Feb. 26, 2018.

Base civil engineers and contractors from Gilbane Federal got together to cut the ceremonial ribbon signifying the completion of the $1,187,000 project.

Upgrades include new fuel dispensers, a new overhead canopy, and new pavement and joint repairs to replace the dilapidated old surface around the fueling station. A new rollover concrete berm at the fuel transfer area was built along with an isolation pit to contain accidental fuel spills. New improved lighting was also installed to help nighttime operations. 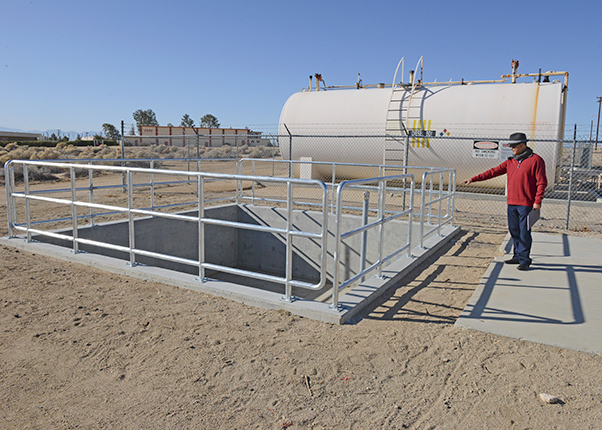 The completion of the Main Base Military Gas Station Repair-Upgrade Project culminates a nine-project effort funded by the Defense Logistics Agency to repair its facilities on Edwards AFB. Gilbert Federal completed the repairs and upgrades to all the locations in the contract ahead of the May 2018 scheduled completion date.

According to Jose Delavega, 412th CEG civil engineer, the Edwards military gas station was originally built in 1956 with several minor repairs and upgrades over the years. However, the DLA began identifying major repair needs in 2005. In 2014, the DLA and Army Corps of Engineers identified several other DLA facilities on base and awarded the contract to conduct the work. 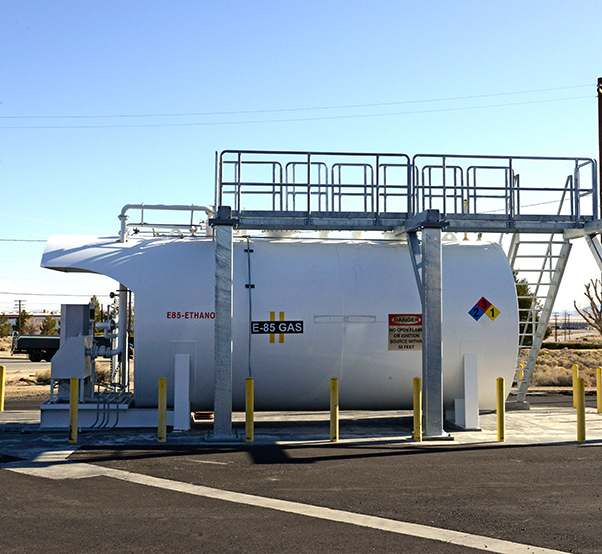 Contractors installed a cat walk at the E-85 refueling point at the main base military gas station. Originally built in 1956, the gas station dispenses regular vehicle fuel (MOGAS) and bio-diesel fuel, as well as the only fueling station with Ethanol (E-85) fuel for flex-fuel vehicles. Among the five military self-serve gas stations at Edwards Air Force Base, Calif., this gas station dispenses the most fuel with an annual average over 243,000 gallons per year.